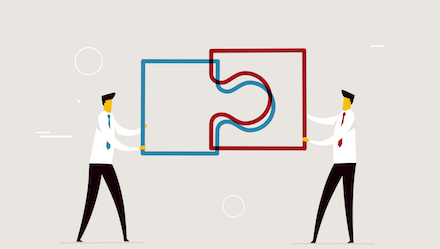 The time of incivility we now live in is polarizing, frustrating and exhausting. Its generally nasty atmosphere is unfortunately obvious, but less plain is what PR professionals might do to change it. Some of the answers lie in PRSA’s Code of Ethics, and I believe that acting on its principles is imperative for those who would call themselves PR professionals.

To be ignorant of the Code or to act in ways counter to it is to risk degrading our profession, and even to deepening the dysfunction in society. If that sounds like heavy stuff, then it’s because it is.

One of the Code’s Provisions of Conduct is “Enhancing the Profession,” and it’s every bit as critical as such core values as honesty and fairness if our profession is to fully develop, and if we can build a healthier climate for the organizations and larger society we serve. The reason I think so is based on the following provision: “To build respect and credibility with the public for the profession of public relations.” And I submit that respect and credibility will be damaged, even crippled, without civility.

The direct relationship between civility and credibility is critical for us in the profession to keep top of mind. It sounds simplistic to assert that people who act in bombastic ways hurt their own credibility, but any one of us can cite examples of people who behave that way and win — in their jobs, in politics, in sports, in show business and in relationships. Those wins may be limited or temporary, but there is arguably some truth in the late MLB manager Leo Durocher’s signature line that “nice guys finish last.”

There’s a seductive quality to incivility. Most of us instinctively want to punch back when punched. We can even admire those who use sharp elbows to get their way. I must admit I’m enthralled by the character of Bobby Axelrod, the hedge fund owner played by Damian Lewis on the Showtime series “Billions.” Spectacularly wealthy, he’s also arrogant, devious, cut-throat — and lionized. Seems like a lack of civility isn’t hurting him.

What the Bobby Axelrods may sacrifice is a purer form of success and respect, which is ultimately conveyed in a number of ways: relationships, reputations, personal and organizational brands, and the quality of the environments we travel in our daily lives. Those are huge sacrifices.

A higher road, and a better way, is often demonstrated by heroes both famous and unknown. Abraham Lincoln, called a “damned fool” by his Secretary of War Edwin Stanton, could have excoriated or fired the surly cabinet member. Instead, Lincoln said if Stanton thought he was a damned fool then indeed he must be one, and the President subsequently reversed a Civil War decision Stanton had aggressively criticized. Did Abe roll over? Hardly, he demonstrated the rare strength it takes to rise above. Through such behaviors, Lincoln won allies, a terrible war and a legendary reputation.

It is our responsibility as PR professionals to advance relationships and reputations, and in so doing achieve organizational outcomes that are good for our employers and clients, and the environments in which they operate. Recognizing this, PRSA’s College of Fellows adopted its Standards of Excellence, the first of which is “Upholding the reputation and character of the College of Fellows and of the PR profession, always demonstrating the highest standards of ethics, civility and respect.”

That lofty standard challenges all of us before, during and after we get to work in the morning. I have certainly, on various occasions, succumbed to the temptations of incivility over the course of my career. Criticize me unfairly? Insult me? Take advantage of me? My gut reaction is commonly to give it right back, which can sometimes be gratifying. But my gut has been wrong in regrettable ways at times, and, as hard as I’ve tried to take the high road, I have learned the hard way that getting down in the mud gets yourself dirty, and that’s a compromised position.

Civility often requires humility. It takes the humble ability to consider “they may be right, and I may be wrong,” and the gracious fortitude to apologize, even when the other party is as least as wrong as you were. The ROI on those deposits of goodwill is incalculable. Such actions, rooted in our Code of Ethics, create mutual respect, empathy, healthy relationships and high-functioning organizations. Not incidentally, nothing energizes influence with others like empathy.

Conversely, nothing saps strength and effectiveness like toxic relationships. In a Wall Street Journal article published on Aug. 18, reporter Jennifer Breheny Wallace described the organizational and business effects of incivility, quoting Christopher Rosen, a researcher at the University of Arkansas: “’Experiencing incivility wears people down, affects cognition and depletes the resources they have for controlling their own behavior.’”

In the same piece, Daniel Buccino, director of the Johns Hopkins Civility Initiative, explained the important roles our intentionality and motivation play in operating on a higher plane: “Civility is a choice we make … We stay civil not because others always are, but because we are.”

Today, rampant disrespect continually invites more disrespect, and it’s hard to resist. PR leaders with the grit to decline the invitation can empower themselves and their organizations to achieve loftier aims and enduring success. That approach is ethical and effective, and can even elevate your career to its own Mount Rushmore.