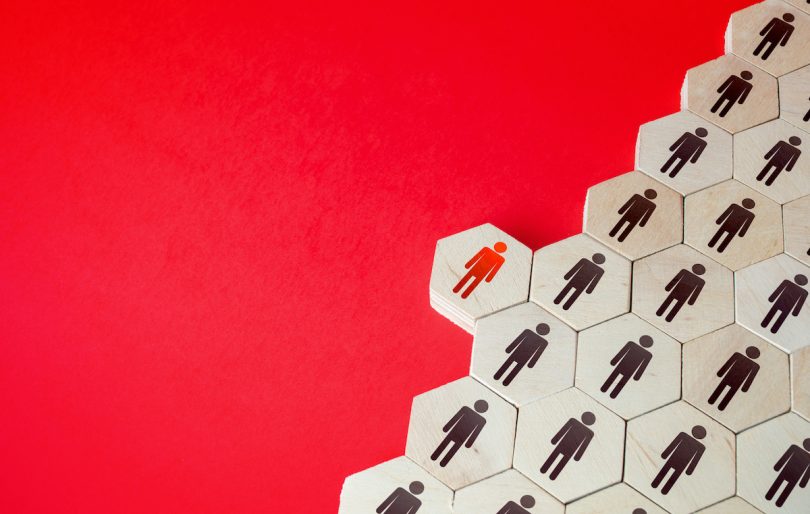 “Layoffs leave staff in shock,” read a recent headline in the Dallas Morning News. I arrived in Dallas in the mid-1980s, just as the city’s three biggest industries — real estate, banking, and oil and gas — were entering historic downturns. At the time, North Texas was suffering its first widespread layoffs.

People were shocked then. And when told they’ll lose their jobs, employees are just as shocked today. Still, when layoffs become necessary, there’s a lot that employers can do to mitigate the pain and difficulty that employees experience. And it starts with frank PR counsel.

Hovering in the background for companies are legal and regulatory requirements such as the Worker Adjustment and Retraining Notification (WARN) Act of 1988, which mandates that companies provide employees with 60 calendar days’ notice before closing a plant or enacting “mass layoffs.” Staffing decisions that appear cruel, arbitrary or driven solely by short-term profit can violate regulatory measures such as the WARN Act.

“Layoffs” is the common term used for these job losses, but they’re not layoffs in the historic sense. Dating to the 1800s, the term “layoff” meant a company or business had to shrink, so hourly workers saw their employment and pay suspended until business picked up again and they were called back to work.

What we call “mass layoffs” today first became an issue for American workers in the 1970s. As the global economy took hold, capital moved more freely around the world, creating market and labor opportunities for companies but disrupting domestic employees. Congress passed the WARN Act in response.

Today, as in the 1970s, layoffs are no longer temporary cessations of work. They’re permanent labor adjustments. Job cuts are frequently necessary when a business has changed and its customers have dried up. But such explanations, or talk of efficient cash flows, brings no solace to workers whose jobs have been eliminated.

In December 2021, Vishal Garg, CEO of Better.com, an online mortgage lender, called 900 of his employees together on a Zoom call. During the video meeting, he announced that if you were unlucky enough to be on that call, then effective immediately, you no longer had a job. Garg came to represent accusations that corporations treat employees as expendable units.

A mass Zoom assault was the wrong communications medium to deliver the intensely personal and disrupting news of job cuts. I generally advocate video as a communications tool, but 900 employees were not too many for the company to communicate with individually. The news should have been delivered via personal letter or email, followed by a company-wide video that explained the rationale for the layoffs.

Ford Motor Company provides an example of thoughtful communication during a difficult period of layoffs. Responding recently to internal rumors about “massive job cuts,” Jim Farley, the company’s CEO, confirmed in an internal video that job reductions were indeed coming. He explained that Ford had to cut costs so it could transition to electric vehicles. He urged employees to stay focused.

Tonal, a competitor to exercise-equipment company Peloton, used an internal memo to announce job losses at the company. The memo outlined Tonal’s commitments to the employees who would be affected.

As with any form of communication, the channels used to announce layoffs should be appropriate to the message. I recommend combining video — which, unlike a mass Zoom call, can be screened by each individual employee — and a written memo addressed individually to each person who will be laid off.

Of course, using video demands that executives know how to speak on-camera. Ford’s CEO Jim Farley is excellent at it. But communicating on video requires practice and rehearsal. And it starts with candid PR counsel and media training.

Here are steps to take after announcing job cuts:

• Give employees hope. When employees lose their jobs abruptly and through no fault of their own, it’s natural for them to feel despair. But with record numbers of companies looking for applicants right now, this is a great time to be job hunting. To counter headlines like this one from The Washington Post — “Workers find fewer listings, more layoffs amid recession fears” — show them the recent Dallas Morning News headline, “Labor Market Swells.”

• Find people who’ve survived layoffs. One initiative we worked on involved shutting down a plant for a Dallas-based company. The aging facility had been shrinking its production and staff for years. But for employees who would lose their jobs, the news that the plant was closing still came as a shock. We located a nurse from the plant clinic, which had closed years before. She told her story in a video. She said she had used the severance pay the company gave her to upgrade her nursing credential. She found a nursing job in a surrounding school district.

In the video, she wasn’t all smiles and happy talk. She was honest. She said she would rather not have been laid off, but now she found she liked working with kids and had started a new chapter in her life. Her final comment on the video — again from the heart, not sugar-coated — was that she had moved on to a new career opportunity and thought her former co-workers would, too.

Oftentimes, PR pros must be assertive to confront the CEO and other decision-makers or influencers and thus avoid the communications disasters that can rock companies otherwise. When PR professionals provide frank counsel to the C-suite before job reductions are announced, the result should be clearer and more empathetic communication for employees, better resources for job-seekers and a resilient company reputation.