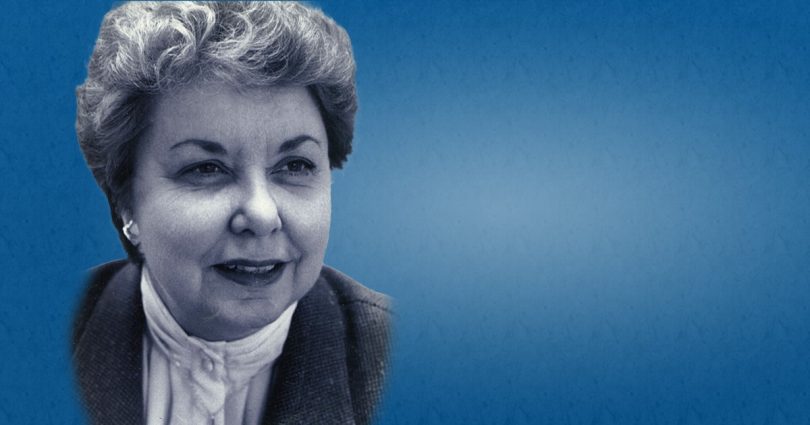 Judith S. Bogart, APR, Fellow PRSA, a distinguished PR leader who worked more than 50 years in the profession and served as a PRSA president, died on July 22 in Cincinnati. She was 85.

In 1983, Bogart became the second woman to serve as PRSA’s president and remained active as a volunteer leader at all levels of the organization.

During her 50-plus-year professional career, she served in a variety of organizational roles, including director of public relations for Sive/Young & Rubicam; vice president of public relations at the Jewish Hospital of Cincinnati; director of community relations of the Cincinnati Human Relations Commission; and PR director for Great Rivers Girl Scout Council. She later launched her own consultancy, Judith Bogart Associates.

“Throughout my career, I’ve felt the most fun and fulfilling part of being a public relations practitioner is acting as the link between a problem and a solution,” she told the Plank Center for Leadership in Public Relations in 2007. “Because we are in the unique and advantageous position of being in communication with all departments and aspects of an organization, we know when a problem occurs — and where to find the solution. Not only does that help the organization, but it also proves the value of public relations.”

She was also active in numerous local, national and international civic groups. In 1999, PRSA honored her with the Paul M. Lund Public Service Award, given to a member whose participation as a volunteer has increased the common good and reflected credit on society.

PRSA inducted her into the College of Fellows class of 1990. According to the induction program, her PR work helped Cincinnati form interracial communications groups after the 1968 riots. She also counseled Dayton, Ohio, in the desegregation of public schools in 1976.

PRSA’s Cincinnati Chapter has an award named on her behalf. The Werner-VonderHaar-Bogart Award is the highest honor the Chapter can bestow upon a member as a recognition of service to PRSA, the profession and the local community. The award is named after William Werner, Edward VonderHaar and Bogart, who all served as presidents of the Cincinnati Chapter as well as for PRSA.

An avid traveler, Bogart had many friends and colleagues around the world. Among her volunteer leadership activities: the role of president of the Sister City Partnership between Cincinnati and Kharkiv, Ukraine.

Bogart, a Batesville, Ind., native, was preceded in death by her second husband Bill Bogart, and is survived by her husband Robert L. Meredith, sister Jean Robejsek (James), brother David Saunders (Janis), stepmother of John Bogart (Carol) and Traci Higgins-Courchaine (Wink) and was aunt, great-aunt and great-great-aunt to many nieces and nephews.