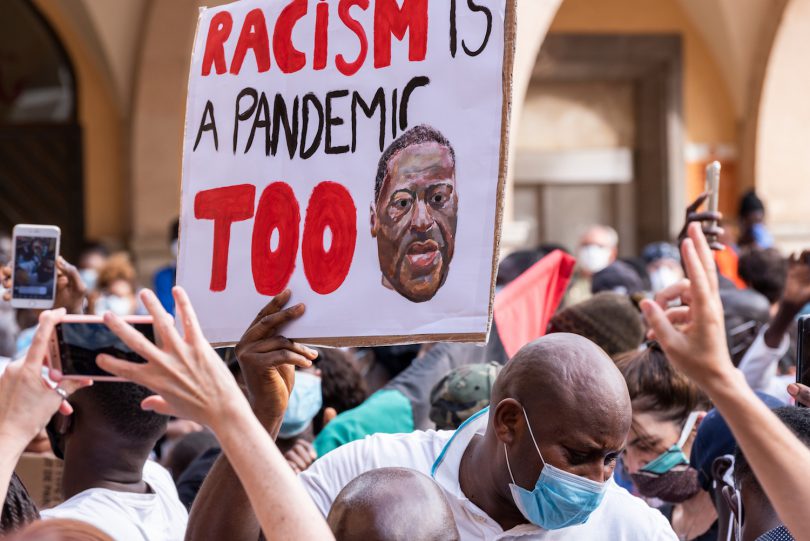 Carolynn Johnson delivered what she called some “uncomfortable truths” during her General Session talk today at PRSA’s ICON 2020 virtual conference.

As Johnson, the CEO of DiversityInc Media LLC, said, you can only make progress when you are starting with the truth. During her talk, she discussed the “unchecked racism” in the United States as well as offered practical advice to address racism in corporate America.

The high-profile deaths this year of Ahmaud Arbery, Breonna Taylor and George Floyd, among others, “have snatched the Band-Aid off the festering sore of racism in this country during a global pandemic,” she said. “That sore… has played on repeat for 24 hours on news channels, and it is all a direct result of unchecked racism.”

Meanwhile, some affirmative action policies have turned into percentage quotas, where every racial group “is scrambling for a piece of the corporate pie and we find ourselves in a zero-sum game.”

“Here’s the uncomfortable truth: People of color are in a zero-sum game. The scarcity mentality does not help us move forward,” Johnson said. “It’s no surprise that employment and job opportunity pit us against each other. Poverty is rampant among all communities of color, so the need for work — even low-paying — can spark jealousy and anger, rather than protest around the same struggle.” 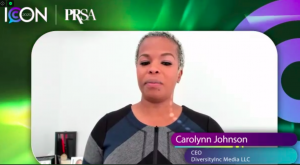 She said her purpose is simple: “Let’s stop playing and supporting this zero-sum game.”

Her advice is for communicators to “take your talents to companies that respect you and what you bring to the table. If that doesn’t work, build your own table — even amid a global pandemic. Sure, it’s going to be hard; yet, as Nelson Mandela put it best: ‘It always seems impossible until it’s done.’”

As Johnson noted, Title VII of the Civil Rights Act of 1964 protects employees and job applicants from employment discrimination based on race, color, religion, sex and national origin.

And it is the role of human resources to help enforce these protections.

“When HR shirks that responsibility, there can be serious ramifications. Racism is bad for business on all fronts. Not only does it lead to legal jeopardy, but it also fosters a divisive work culture that undermines morale, teamwork and productivity,” Johnson said. “It makes it harder to recruit, engage and retain diverse talent and it tarnishes an organization’s reputation and brand challenge for communicators like us everywhere.”

Johnson recommended that people listen to the good, bad and ugly in the workplace. In addition, don’t be quick to judge an organization’s silence on issues related to racial equity.

“I don’t judge silence in the same way that most people do. There are some organizations where I appreciate their silence,” Johnson said. “They are making sure that they fully understand what is going on, that their workforce understands that they matter and that they belong and, along the way, they’re learning what they should eventually say and do when they go public with an announcement, and not just for the sake of going public with an announcement.

“Silence is not always an indicator of not caring,” she continued. “Sometimes people are getting ready to show how much they care. So I encourage all of you to understand silence before passing judgment.”

Johnson also encouraged ICON attendees to continue educating themselves. She quoted Marian Wright Edelman, founder of the Children’s Defense Fund: “Education is for improving the lives of others and for leaving your community and world better than you found it.”

She concluded her talk by stating that the business case for diversity is about more than gender and ethnicity.

“It must include employees with diverse religious and political beliefs, education, socioeconomic backgrounds, sexual orientation, cultures and people with disabilities — both seen and unseen,” she said. “Companies are discovering that by supporting and promoting a diverse and inclusive workplace; they’re gaining benefits that go beyond the optics.”