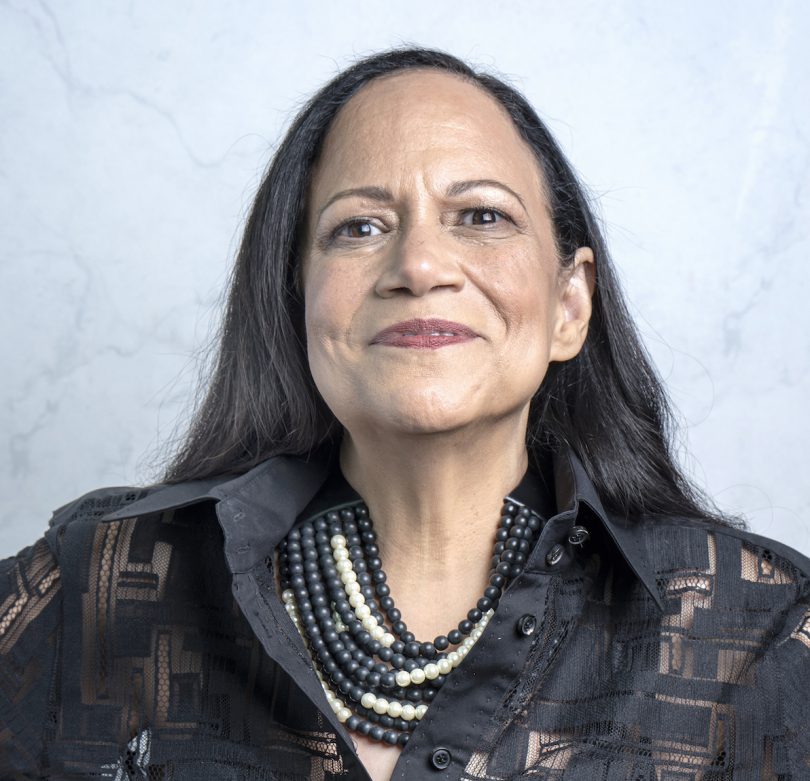 “Find the untold story, the rest of the story, the suppressed story… Collective art is transformative,” Alice Randall said during her presentation at PRSA’s ICON 2020 virtual conference.

Randall — a New York Times best-selling novelist, award-winning songwriter, award-winning cookbook author, popular essayist and professor at Vanderbilt University — was on hand for Monday night’s opening reception, where she spoke about her musical journey to becoming a country songwriter, shared a cocktail recipe and curated a Spotify playlist of country music.

She also gave a presentation on storytelling at Tuesday morning’s General Session, with a peek behind the scenes of the country songwriting business in Nashville and an introduction to an a cappella performance by Nashville-based recording artist Alison Russell.

With more than 30 recorded songs and four published novels, Randall is credited with being the first African-American woman to write a No. 1 country music song, “XXX’s and OOO’s (An American Girl),” made popular by Trisha Yearwood. She also just released a novel, “Black Bottom Saints.”

“Nashville is a city of big dreams… And songwriting is the most elemental form of storytelling. Country tells a complex story… it’s folk music with a sense of revelation in it… which means it wants to celebrate,” Randall said during her presentation.

“The news doesn’t arrive in a vacuum. It arrives at the dinner table when people are passing the biscuits. When telling a story, we need to think about who we are telling it to and where they are going to hear it.”

PRsay continued the conversation in a Q&A with Randall here:

Where do you draw inspiration when you’re writing — whether it’s for a song, work of fiction, cookbook or otherwise?

Life. And my students. I write about what matters to me — that I also think matters to other people. A question I often ask myself as a writer: “What do I know that other people need to know?” And I ask myself a related question: “What seems obvious or easy to me that is much less obvious to other people?” This is a way of saying that I find inspiration from my audience.

Great writing is never about processing events, processing life. It is always about serving up a slice of what you understand so well that you can tell it clearly and persuasively.

As a storyteller, what do you think are the most important elements of a strong narrative?

A clear and specific perspective, a unique voice, a desire, a frustration and a win. The last is the most complicated. To unpack that just a little, don’t forget the simple things: a beginning, a middle and an end. Diving deeper, your beginning needs to create the desire in the reader in the audience to know something they will only know by staying engaged. It should frustrate them just enough for them to work to understand while maintaining the desire to know.

Finally, they must win — arrive at a clear and new understanding. Sometimes the same pattern happens to the hero of the story you’re telling: They want something, something is in their way and they achieve something. But what is most important is that happens for your audience.

Do you find that cooking helps you in other aspects of your work? Do you follow a certain recipe for success? Or do you prefer more of an improvisational, not measuring or prescribing to a formula and just seeing what works?

Cooking helps me because it is art and craft — it requires tools, knowledge, discipline, time, an awareness of the impact of humidity, altitude, differences between brands, differences between cucumbers. To take a simple point: Sometimes the skin of a cucumber will be very, very bitter. When that is the case, you must peel the cucumber before using it in a soup or a salad for best result. Many don’t know cucumbers can be bitter. Others don’t realize the bitterness is in the skin.

Every great bowl of gazpacho reflects knowledge of multiple ingredients, knowledge of dozens of recipes, and knowledge of your kitchen, your tools and your audience. The perfect gazpacho for one audience will be green with cucumbers, bell peppers and, perhaps, pistachios. But for another audience, it will be red with tomatoes and thick with bread; and in a pinch, a fine gazpacho can be made with V8 juice and the remnants of the fridge or pantry, if you know how to forage and plate. If all I had was the V8 juice, then I would freeze some of it, bash it with a hammer and serve that red ice on top of my chilled V8, perhaps in a tea cup or a shot glass. If I had a few spices in the cabinet, I might add some to the liquid juice and a different spice to the frozen sorbet.

The more techniques and possibilities in my toolkit, the more likely I am to achieve success. My recipe for success is: Work works. Preparation creates good fortune. Writing is rewriting. Nobody should be reading your first, second or third drafts except you.

Seeing what has worked in the past and imagining a way that I can improve on it has been a recipe for success for me in the kitchen and on the page.

Talk about the path that led you to become a country songwriter. Were you always interested in that genre of music?

No. I was born in Motown, so I was born in a songwriting town but it was a town focused on R&B and soul and jazz, not country. I started getting interested in country through my interest in 17th-century American sermons and American metaphysical poets of the 17th century — I realized that metaphysical poetry was alive and well and living in country when my professors at Harvard was telling me it was dead.

But I had a stepfather with a house in the Virginia countryside where the only radio stations we could get were country. When I heard songs like “Drop Kick Me Jesus Through the Goal Post of Life,” I recognized that metaphysical poetry — a long elaborate metaphor of a very specific kind. From there, it was just a hop, skip and a jump to deciding I was going to be a serious writer of literary novels, and I would use writing country music to support that adventure. Funny thing? My strange plan worked!

You’re the first African-American woman to write a No. 1 country-music song. Can you share your perspective on Black presence and influence in country music and the impact on American culture?

I’m just starting to write a book that’s going to fix some of that. The banjo is an instrument with African roots. Hank Williams Sr.’s most important musical influence was a Black street musician call Tee-Tot. What makes country country, instead of Southern folk music, is the presence of African-American musical aesthetics and evangelical Christianity.

You’re also a teacher, can you share some advice for the next generation of communicators, writers and creators?

Tell the story only you can tell. Do the research. Do the rewrites. Celebrate when you are telling the story of an organization, a company or a person. You are doing a sacred thing — an important thing — creating an opportunity for individual people to connect to something beyond themselves and feel seen and recognized. Every time you write something that engages your audience, you are helping people feel connected and helping them redefine their relationship to community.

Storytelling is an essential aspect of being human and becoming humane. It is a powerful tool. When used for good, storytellers are unsung heroes — even when they are not in the story!