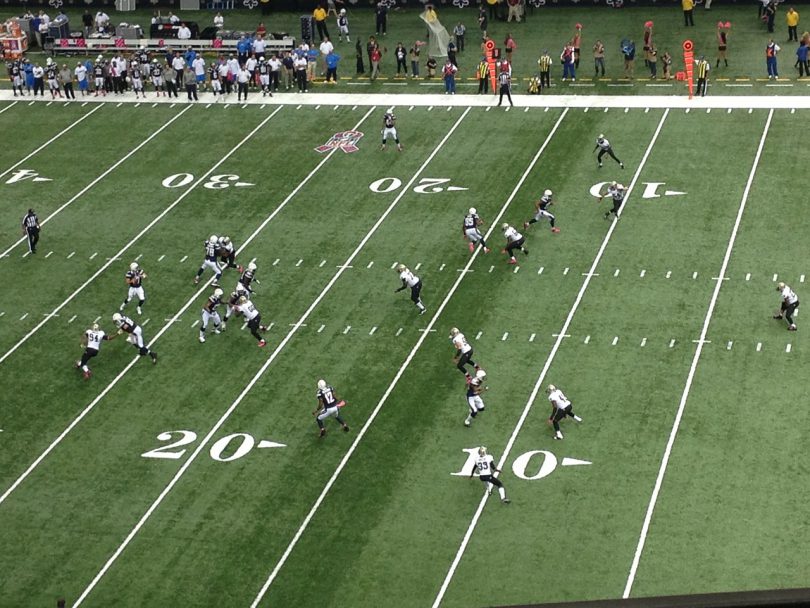 Haven’t watched the Super Bowl in years. Too much hype prior to the game. No rooting interest in the two teams. Interminable game with far too many long commercial breaks. An over-produced, comical halftime show. For some reason I turned it on this year.

I found the game strangely compelling. As for the rest of it, same as it ever was. Except for the ads.

At $5 million a 30-second pop, the expectation is that corporations and ad agencies go all out to produce the most creative, provocative spots they can as they compete for the news media’s coveted mantle of best Super Bowl ad. Research has shown repeatedly that this corporate investment in advertising is the equivalent of flushing money down a toilet. Few viewers remember the name of the company or its product or service even a day or two after the Super Bowl.

I have always been a critic of advertising as the communications channel that feasts on the gullibility of the American public. That maxim was on full display in this year’s National Football League title game.

After watching a series of ads in the first half, my son and I turned to each other and simultaneously said, “What?!?”

Perhaps it was after Mountain Dew unloaded the “puppy-monkey–baby” in its ad for its energy drink Kickstart. (Our family loves our pug, but that sucker was scary.) Or was it the spot when former pro stars Deion Sanders, Howie Long and Phil Simms celebrated toe fungus medication? Or Heinz’s “Meet the Ketchups” commercial in which dachshunds wrapped in hot dog-and-bun outfits run to a lineup of people dressed in condiment containers, apparently to be devoured by the rapaciously anticipatory mustards and ketchups.

Should we be worried the creative minds at ad agencies have run out of ideas?

Shortly after my excitement over the ad lollapalooza had died down, my adrenaline kicked in again when I read an Advertising Age story headlined “How Public Relations is Earning Its Place in 2016: PR Has Gone Relatively Unheralded, Too Often an Afterthought in Marketing. But Not in This Environment.”

The article by Lindsay Stein chronicled how companies, their marketers and their PR agencies are now working together to bring public relations into the marketing communications mix earlier and with greater engagement and impact.

Great news for public relations pros involved in marketing communications. An indictment, perhaps, of marketing professionals who have seemingly taken a long time to come to the realization that ads and paid media aren’t the keys to the consumer kingdom.

I was struck by a couple of quotes that suggested to me this revolution might have a way to go yet.

“When you buy an ad, you’re guaranteeing eyeballs,” Claudia Strauss, chief executive officer of Grey Activation & PR, said, “but when you’re earning, you need to engineer the content for news—you don’t have a choice.”

Sarah Hofstetter, chief executive officer of 360i, said PR agencies are discovering the power they can yield beyond media relations.

First off, as research has demonstrated over and over again, advertising may guarantee eyeballs see your message in the form you wish to present it, but it far from guarantees retention, comprehension or persuasion.

Second, I am saddened by the comment that PR agencies are finally figuring out that public relations can have an impact beyond media relations. Tell me it isn’t so.

No surprise, of course, that Advertising Age gives pre-eminence to the marketing function. But it is important that public relations professionals, while applauding the recognition that their work can make important contributions in reaching consumers, do more to promote and acclaim the true value of PR well beyond being a useful enhancement to marketing.

Public relations is a much more comprehensive, important and valuable discipline than marketing because only PR addresses all of an organization’s stakeholders, publics and audiences. Maybe sometime soon I’ll see an article in a public relations trade publication that tells me marketing professionals have discovered how their consumer-related messages and activities can contribute to the public relations of their organizations.

Then again, I am probably much more likely to see a puppy-monkey-baby the next time I walk our pug.

Don Hale is vice president for public relations and marketing communications at Georgia State University in Atlanta. He also is a public relations consultant to colleges, universities, corporations and non-profit organizations. Hale began his career as a newsman with United Press International (UPI) after graduating from Temple University. He has managed public relations organizations that have won more than 100 awards from the Public Relations Society of America (PRSA), International Association of Business Communicators, Women in Communications and the Council for Advancement and Support of Education (CASE).