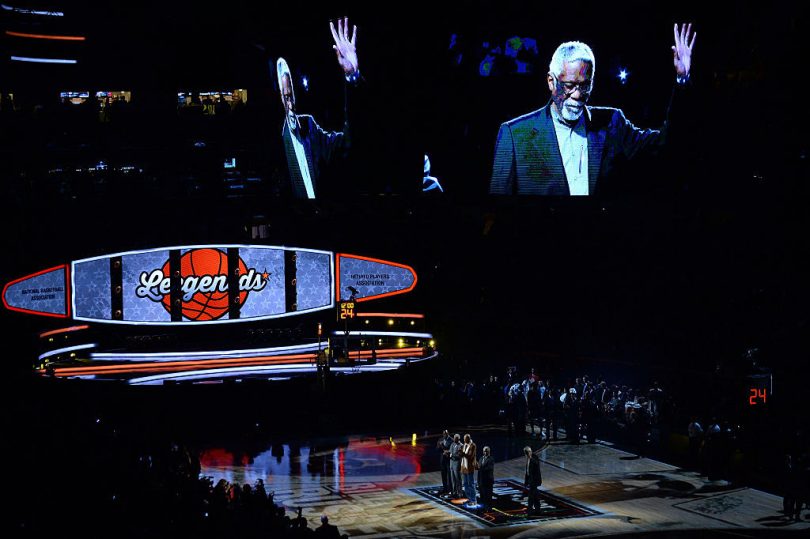 Boston Celtics legend Bill Russell was a giant in every sense of the word. If you saw him play or stood next to him during a presentation training session in your office on lower Fifth Avenue, you would swear he was taller than the 6-10 listed in the program.

He used his soft voice and loud laugh to rail against injustice and fight for equal rights. He didn’t run onto the court during player introductions — he strode as if he was in no hurry to dominate you. And Russell faced the type of hatred and bigotry in the city he represented and won for, making you shake your head and wonder how anyone could say or do the things that were said and done to him.

I am unable to do anything listed above that Russell could, except laugh (too) loudly. But working with him on presentation training, I did learn several valuable lessons that I have, hopefully, been able to incorporate into my life.

The most interesting thing I learned from Russell came in a discussion of the 50 greatest NBA players celebration he had recently been part of. In trying to find a hook for a motivational talk he would be giving, I asked what all the players there had in common. I can’t remember his exact words, but the gist was, “we all knew what we weren’t good at.”

The answer stunned me. Players as great and varied as Michael Jordan, Dave Bing, Wilt Chamberlain, Dolph Schayes, and Bill Walton all knew the parts of their game that they could not do or could not do as well as they would like. And they were able to overcome them.

I didn’t have the guts to ask Russell what he wasn’t good at (my guess would be outside shooting or acting based on his work on Saturday Night Live). But it made me assess whether I know and admit to what I’m not good at. While the obvious and innocuous answers, including drawing, vocal imitation, and fitting into small spaces, it’s more important for me, and all communicators, to figure out what we are not good at in our jobs.

In training sessions, part of my job is to get people better at what they don’t do well. If they don’t gesture naturally, I will work on their gestures. If they keep their voice in a monotone, I will focus on getting more vocal variety.

But, at some point, there are just things we aren’t “going to get.” We can all get better, to a degree, at maintaining eye contact during our key points or dribbling with our off-hand. Still, we cannot focus on improving these areas at the expense of writing better presentations or perfecting our three-pointers.

Ken Scudder has provided media training, presentation training, crisis communications training and consulting, as well as writing and editing, to business leaders, celebrities and politicians for more than 20 years. Contact him at mail@kenscudder.com or kenscudder.com.