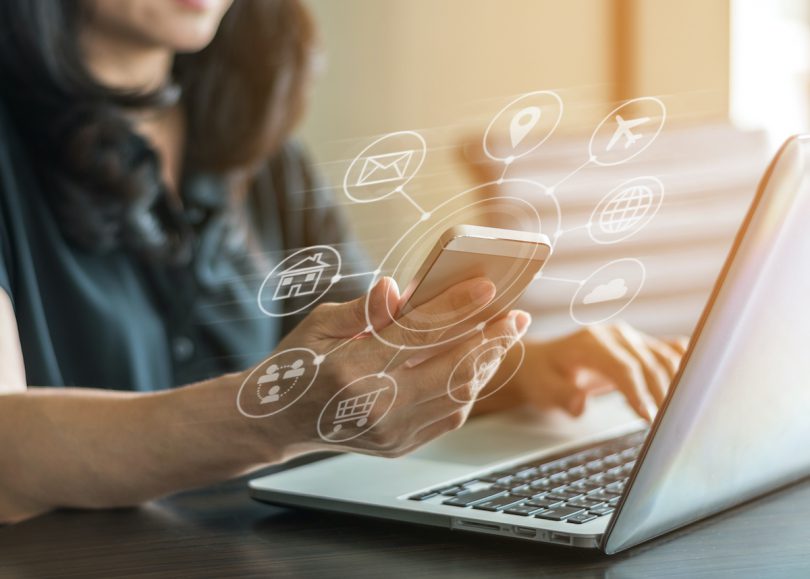 With Section 230 of the Communications Decency Act in the news again, PRsay talked with Dr. Cayce Myers, APR, an attorney and graduate director of Virginia Tech School of Communication, about recent efforts to reform internet liability and what this means for PR professionals.

Until this past spring, it didn’t seem as if Section 230 of the Communications Decency Act was too well-known outside of certain circles. What were some of the factors that brought it into the mainstream?

The awareness of Section 230 is directly related to the larger discussion surrounding the power of social media outlets and the growing societal concern about disinformation.

The Act immunizes websites that publish user-generated content from lawsuits concerning the content posted by third parties. This immunity is given because those sites are considered an “interactive computer service,” which only curate third-party content instead of posting it.

This designation as an “interactive computer service” is legally significant — it means that because these sites don’t have anything to do with user-generated content production, they cannot be held legally responsible for it. [i]

Criticism of Section 230 is largely related to the historical context in which the law was created. Enacted in 1996, Section 230 came about during a time when the internet was in its infancy. The rationale for this immunity was that it allowed online sites to grow without having to fear massive litigation stemming from third-party content.

However, the internet has changed in the past 25 years, and some people today are questioning if multibillion-dollar companies deserve to enjoy this type of blanket legal immunity. Compounding this issue is the fact that social media sites are now actively regulating content, so the “interactive computer service” rationale that underlies Section 230 arguably no longer applies because the sites are involved in the content process by its own internal take-down policies.

While Section 230 does allow for a “Good Samaritan” provision for removal of obscene or offensive content (even if the content is constitutionally protected), some critics argue these policies are selectively enforced.

Moreover, critics also argue that the immunity of Section 230 provides a disincentive for websites to actively regulate fake news, deepfakes and misinformation that has proliferated in the past few years.

A trio of Democratic senators has introduced the SAFE TECH Act. What impact might the draft bill — or any reform — have on the work that PR professionals do? What do communicators need to know now?

This legislation, sponsored by Senators Mark Warner (D-VA), Mazie Hirono (D-HI) and Amy Klobuchar (D-MN), looks to take away the immunity given to internet companies. The Senators proposing the legislation argue that the context Section 230 was created in no longer exists, and that the protection afforded to tech companies is too broad.

Most of these new exceptions for Section 230 deal with online harassment and stalking, and the violation of individuals’ rights. However, the regulation on advertising specifically addresses communicators.

The paid content exemption for Section 230 means that social media companies and other host sites can be held legally liable for paid content that is deceptive. While ethical communications practice means that professional communicators should not be creating this type of content to begin with, if this law passes, then it signals a new digital environment where social media are going to be more active in regulating paid content.

It is important to note, however, that this is a proposed law, and that there are recent Republican efforts to reform Section 230 as well. President Donald Trump’s Executive Order “Preventing Online Censorship” signed in May 2020, called for the revocation of certain site’s Section 230 protection because of the perceived anti-conservative bias of some social media sites. That same year, Attorney General Bill Barr and the U.S. Department of Justice also held a workshop review of Section 230, and called for Section 230 reform.

More broadly, what are some of the real-world implications of 230 reform?

The real-world implications of Section 230 reform depend on how much Section 230 is changed, and how those changes will be legally interpreted. Section 230 has created the internet as we have known it for 25 years, so changing it potentially means changing the internet.

On a technical level, Section 230 reform means that social media and websites deemed an “interactive computer service” would have greater legally responsible for their users’ posted content. That reform would make these sites more active in removing content, and users would likely see a greater internal regulation of posted material.

In some respect, this limitation could be a good thing, because it would allow greater ability to have content removed that is untrue, and people would have a greater level of recourse in online harassment. This could even help organizations that have reputation management issues, such as fake online reviews, [and making them] less likely to occur.

However, the implications of Section 230 depend on how the law will be interpreted. For instance, the SAFE TECH Act attempts to address scams and fraudulent paid content online. The section on paid advertising could have an expansive reading, which could create a large exception to Section 230 protection. The section states that there is an exception to Section 230 where “the provider or user has accepted payment to make the speech available or, in whole or in part, created or funded the creation of the speech.”

That section of the SAFE TECH Act could be broadly interpreted to include any type of payment, not just advertising, which could result in the exemption applying to many more companies. The net result could be that internet companies out of an abundance of caution limit much more speech.

Still, there are others who warn about the unintended consequences of any reform. As political tensions diminish, there is still the overarching issue of the power of social media, and the rights of individuals to hold online sites responsible for third party content. Section 230 has produced legal results that seem unfair to many. Politically, this is manifesting in Section 230 reform and, while there is a difference in Republicans’ and Democrats’ approach to reform, there is an increasing sentiment that Section 230 may have outlived its purpose.

What do you think is on the horizon for 230?

It is impossible to say what will happen to Section 230. Reformers say it gives wealthy internet companies too much immunity, but others warn that changing the law may dramatically change the internet as we know it.

The SAFE TECH Act is just one approach to dismantling Section 230’s protections. If this law were to be passed, there may be continued call to dismantle the blanket protections Section 230 provides.

However, Section 230 is the norm that the internet has operated under for 25 years, and changing it will fundamentally change how internet companies work. There is a fear of unintended consequences of changing Section 230, so any attempts to do so will likely be met with great resistance from online companies.

Politics and policy frequently reflect the public’s demands. With an increased criticism of online companies, there may eventually be Section 230 reforms. That would not only result in a weaker Section 230, but an altered internet. The political and technological environment that Section 230 was created in is far different than today, and the 2020s seem to be starting off with a greater call for accountability for communication, media and online platforms.