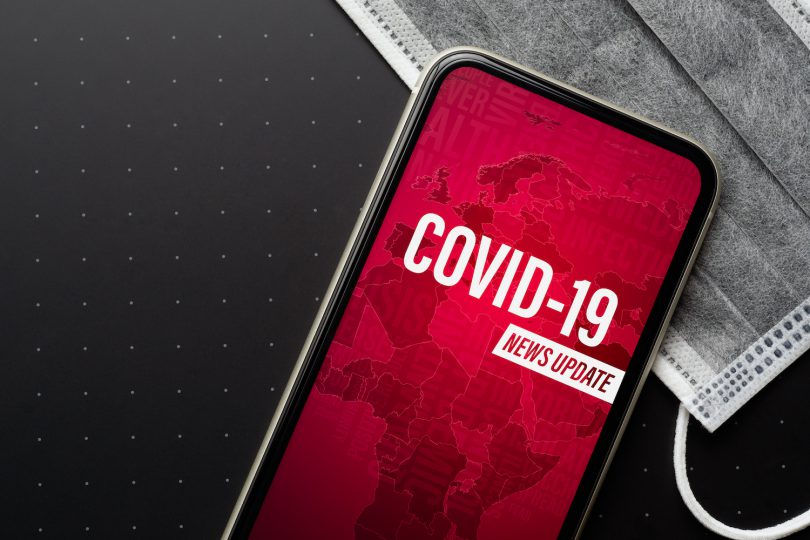 Pulitzer Prize-winning science writer Laurie Garrett said that misinformation and disinformation have helped fuel the rise in COVID-19 cases in the United States and around the world during 2020.

Our country has reached a state of all-out rage, she said today during her keynote address at PRSA’s ICON 2020 virtual conference. And that anger makes it more difficult to determine whether the information we hear is true. All over the world, from masks to experimental treatments, conspiracy thinking about the coronavirus has become increasingly prevalent

Garrett, the author of the books “The Coming Plague: Newly Emerging Diseases in a World Out of Balance” and “Betrayal of Trust: The Collapse of Global Public Health,” among others, was also the first U.S.-based journalist to cover COVID-19 in America.

During her nearly 60-minute presentation, she provided a detailed timeline of how misinformation and disinformation spread nearly as quickly as the virus, citing issues with social media, medical officials and elected leaders.

Garrett said that she witnessed “classic cover-up activity going on in China” during the first week of January, noting the Chinese government’s use of influencers to help project a more optimistic view of the pandemic even as COVID-19 cases spread in the country.

“Every epidemic has false claims about treatments and cures,” she said. “What we’ve seen now is deliberately planted disinformation, much from other countries, trying to scare people.”

Especially among the white middle class and the Black working class, concern is rising about the safety of vaccines, she said. The “next big lie” is that any vaccine will be dangerous, signaling “an enormous communications challenge ahead.”

Further complicating the communications challenge, Americans no longer have a unified sense of which news sources are trustworthy. Many people now only trust media outlets that reflect their own political inclinations. 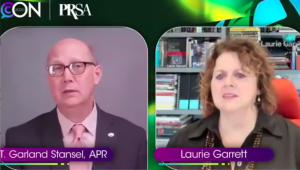 Here are a few more highlights from Garrett’s talk, which included a Q&A session with Garland Stansell, APR, PRSA’s 2020 chair:

On Americans on accepting the science and facts about the COVID-19 pandemic:

For those of you who actually work in communications on the front lines for, say, a hospital or an insurance company or a university or a research company, I can’t say urgently enough that you have to be willing to go back to the basics. What we see now is people doubting DNA theory — doubting whether there is such a thing as immunity or whether the basics of biology are accurate. This means that it’s not enough to put out a press release that says… ‘It’s a great product.’”

[With COVID-19], we’re dealing with an invisible enemy — one that requires a lot of suspension of disbelief — because if you don’t personally own a microscope, you can’t see it and you have to trust science or those who do see it to tell you what it is.

Similarly, the precautions and the nature of its spread are all about forms of science and words that are big and long. Most Americans are a little shattered by all of this, and it’s easy to exploit it. What we have now is a situation where the whole question of taking safety precautions and believing the messages of science is overlaid on top of a great racial divide, a great class divide and a great partisan divide in America.

People are defining a trusted source according to their political inclinations. The days when Walter Cronkite was the voice of God… and a single source of truth have long since disappeared.

On the advances for a vaccine:

This is getting really confused in the media coverage — and in all forms of media, regardless of your political inclinations.

So let’s just be really optimistic. Take the latest advice from some of the leaders in the scientific community and say, ‘We might have something that looks worth rolling out for use for health-care workers on the front lines by March 2021.’

What does that mean for [the rest of us]? Would you and your families have access to that vaccine, at best, in August or September next year? And that’s not necessarily the most effective or best vaccine. We will probably need boosters with this first line of products. That means that we have to have an infrastructure that can both get deliver a vaccine the first round and track. Did you get your booster or not? And come back for a second? Well, a lot of our local health departments no longer have that capacity. They’ve been so cut back in financing… that they cannot really track. We have their first round and who needs the booster? And this is really an issue when you come to… homeless populations or immigrant populations or people who are now losing their housing or are forced to downsize because of unemployment.

So if we’re going to ask the question properly, it’s not when will we have a technology that says it is a vaccine, but it’s when will we have a whole system in place that allows us to actually vaccinate the American people fully with a booster against a product that could potentially give us a 70, 80, 90 percent level of protection of the American people? And I say, that’s at the end of 2021 or perhaps 2022.

Sadly, I think we have a really rocky four months [ahead], so it’s going to take the best skills, talents and most honorable humanity of every single person to get us all safely through.