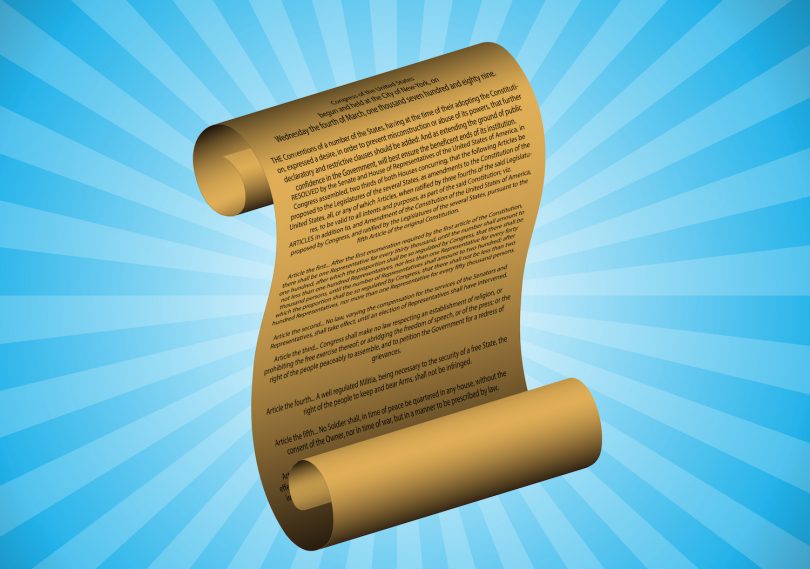 Nott is director of the First Amendment Center at the Freedom Forum Institute in Washington, D.C., a nonpartisan organization that works to foster the five freedoms guaranteed by the First Amendment to the Constitution of the United States: religion, speech, the press, peaceable assembly and the right to petition the government for redress of grievances. 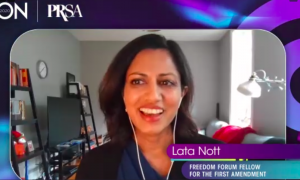 In the year 1791, when the First Amendment was adopted, only those who owned expensive printing presses could widely disseminate their views. As a result, the world never knew what most early Americans had to say.

Today, thanks to the internet, “We can add our own voices to the conversation very easily,” Nott said. “But the flipside is that it’s incredibly hard for readers and listeners to make sense of all this information. It’s overwhelming.”

Faced with a constant deluge of news, information and opinions, much of which is dubious in nature, “we have to make decisions about what voices and knowledge sources we’re going to rely on … and which one’s we’ll just ignore,” she said. “But it’s not entirely up to us. Social media platforms make some of these decisions for us. Algorithms point us toward certain content.”

Nowadays, “Speech is cheap, and attention is expensive. It’s easy for a speaker to get their message out there, but it’s very challenging to reach an audience of any meaningful size or relevance.”

This new world of disrupted communication has given rise to what Nott calls “First Amendment-ish issues.” For example, “if you get arrested for criticizing the mayor of your town, that’s clearly a First Amendment issue.” But if you get kicked out of your book club because you refuse to read the books on their list, “it’s harsh, but not a violation of your constitutional rights,” she said.

The First Amendment prevents the government from censoring our speech, but not private organizations. Facebook, YouTube and Twitter can censor posts and ban users as they see fit. And while those decisions might fall outside the legal scope of the First Amendment, “they still impact what a lot of people consider to be the purpose of the First Amendment: to further democratic participation so that people can hear different opinions, know what’s going on, know what their government is doing, and then take that information and act on it,” Nott said.

So much of the information that we see is compiled and accessed via Google and social media, “and the decisions that these companies make about what they will and will not allow has a huge impact on public discourse and public knowledge,” she said.

Of course, it’s not just big tech companies that stifle free speech, but their users as well. In the cheap-speech world, “it’s easy for online mobs to wear down speakers who have made them upset” — an entirely new form of censorship that uses speech to punish speech, Nott said. “But dissent is a good thing. It means that you want to point out where things can be better.”

Social media algorithms feed on engagement, whether negative or positive, and can propagate falsehoods as a result. Disinformation — lies spread deliberately to achieve political ends — sows discord and exhausts the citizenry, turning people away from participating in their democracy. But communicators can help inoculate people against disinformation by directing their attention toward credible sources of information, Nott said.

The answer to speech we don’t like is more speech, not censorship, she said. Even when we strongly disagree with one another, as Americans, we all have the same First Amendment rights. If you do anything to take away someone else’s rights, Nott said, “you are taking away rights from yourself.”