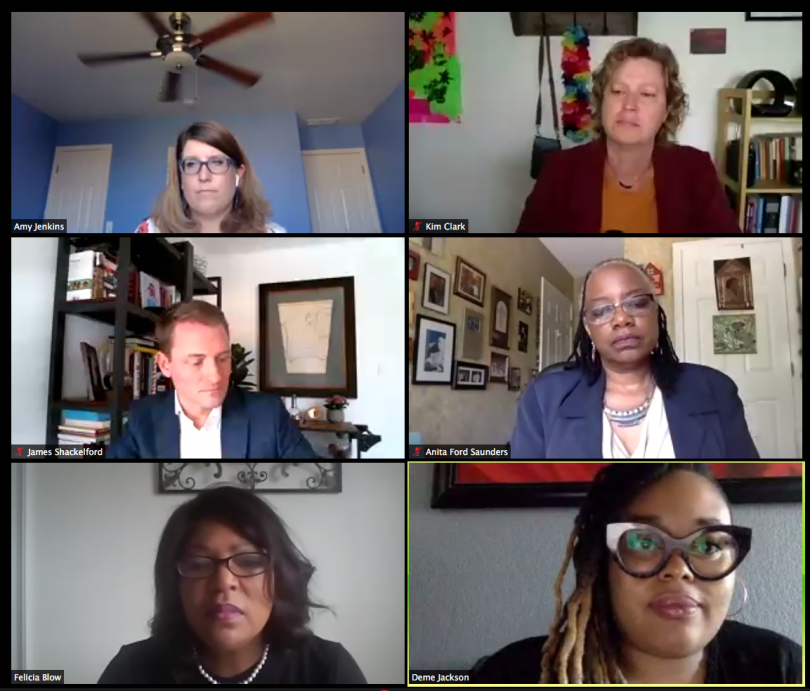 After an overwhelming response to its June 4 event, PRSA hosted a follow-up webinar on June 18 titled “Responding to Racial Injustice with Change and Healing — Part II.” The one-hour session was devoted to answering participants’ questions, starting with the concept of “minstreling.”

In the 19th and early 20th centuries, minstrel shows featured white entertainers performing in “blackface” makeup. Today, “minstreling” (or “minstrelism”) refers to companies or brands that “benefit off of Black culture,” said panelist Deme Jackson, a communications strategist for the City of Dallas.

She cited Aunt Jemima pancake mix and Uncle Ben’s rice, which have drawings of Black people on their packages but are reportedly rebranding because of the national discussion on racial issues following the death of George Floyd in Minneapolis on May 25.

“Communicators, do your research, so your organization doesn’t inadvertently get into hot water,” said the event’s moderator, Felicia Blow, APR, associate vice president for development at Hampton University in Virginia and chair of PRSA’s Diversity & Inclusion Committee.

“This is a truly a powerful, emboldened time,” said panelist Kim Clark, a San Francisco-based consultant for what she calls “diversity, inclusion and belonging communications.” She said the LGBTQ Pride movement was started “because people of color came together against police brutality.”

“For me, it’s about being equal and not discriminating against anyone,” said panelist James Shackelford, APR, president and CEO of SomaComm, a communications and marketing firm in Dallas. He served as chair of PRSA’s National Diversity & Inclusion Committee in 2018.

Shackelford responded to a question about brands and communicators who want to address the death of George Floyd and support the Black Lives Matter movement, “but don’t know how to find the right words.”

Rather than rush to put out a statement, “It’s OK for companies to take some time to figure out the words, to gather feedback and to express a genuine message about valuing Black employees and creating a safe space” for them, Jackson said.

On the question of how Black people prefer that others refer to their race, Jackson said “Every Black person has their own preference for how they would like to be identified. Ask them.”

Ford Saunders said that “Black” and “African American” are both OK with her. She suggested the term “African American” be used in any company documents that are publicly disseminated. Blow acknowledged that “it’s likely not practical to name every derivation.”

“The common mistake with white people, that shows their ignorance, is lumping people together,” Clark said. “We, as communicators, can control the language we use. It’s the language, visuals and images that reinforce stereotypes.”

While “no one wants to be put in certain buckets,” communicators must “be aware of who we’re communicating to,” Shackelford said. When writing a news release, for example, can you “be more inclusive in what you’re communicating? Do you have to be specific about Black or use gender pronouns? Think about that as a brand and as a communicator.”

Shackelford said he feels energized when he walks into a diverse room. “I don’t want to walk into a room with all white men,” he said. He advocates that communicators have their senior leaders take unconscious-bias tests. Blow said that all incoming PRSA chairs must undergo unconscious-bias training.

A participant asked about diversity and inclusion mission statements for companies. “If you don’t have one, then you should,” Saunders said. “Take the lead from HR, and look at best practices.” Even then, however, “you have to look in the mirror and ask yourself: ‘Are we walking the walk?’”

On the goal of creating change and healing, Jackson suggested that communicators “make friends with different kinds of people who can be open and provide their knowledge and perspectives. We need to find friends and colleagues who are willing to have these conversations.”

Playback of this webinar, “Responding to Racial Injustice with Change and Healing — Part II,” is now available for PRSA and PRSSA members.