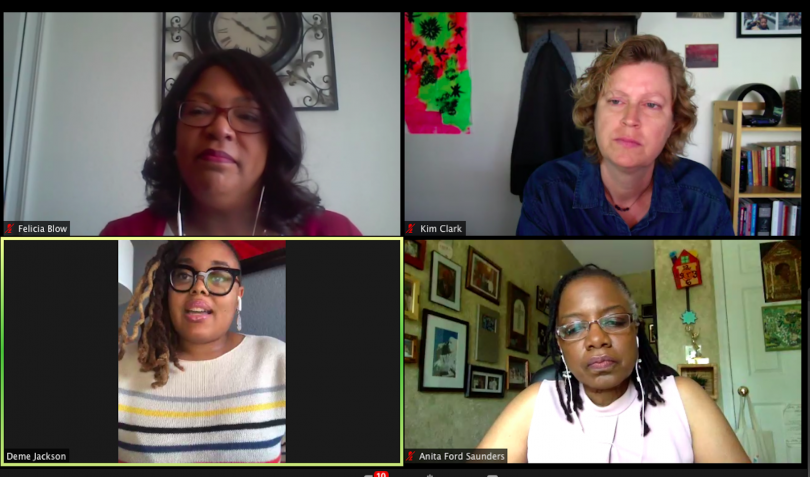 Yesterday, PRSA’s Employee Communications Section presented a webinar addressing how communications professionals can help lead conversations within their organizations on race and race relations in the aftermath of George Floyd’s death during an arrest in Minneapolis on May 25.

“This is an important conversation, and we don’t claim to offer packaged solutions,” said moderator, Felicia Blow, APR, associate vice president for development at Hampton University in Virginia and co-chair of PRSA’s Diversity & Inclusion Committee. “Our organizations are not monolithic. Our employees are different, and our clients are different. But we have to have a clear understanding of what is unfair and unjust, and what is not.”

PR professionals possess “skills, talent and influence to change the conversation on race,” Blow said. Communicators should be “living, breathing testimonies of the value of working with diverse audiences.”

After Floyd’s death, which has sparked widespread protests against police violence and systemic racism, panelist Deme Jackson said that she’s been trying to control her emotions — “the feeling of anger, the feeling of sadness, of feeling a little bit hopeless” — so she can continue to do her job as a communications strategist for the City of Dallas.

To understand those emotions, “White people need to shut up and listen, and learn,” said panelist Kim Clark, a San Francisco-based consultant and trainer for diversity, inclusion and belonging communication. Clark, who is a member of the LGBTQ community, said, “There’s some bonding that happens among people who understand a marginalized person’s point of view.”

She said people have been telling her: “‘I’m scared of my white privilege. What do I do?’” Her answer: “Whatever you have, leverage it for the good of all.” As a white woman, Clark said she has had “access to skills, money and professional opportunities that I’ve not done anything to earn.”

In Blow’s view, “white privilege means that because of someone’s whiteness, they are afforded more and better opportunities. It’s pervasive. We who are black deal with it every single day.”

When asked to address the issue of racism after Floyd’s death in police custody, one CEO, a white man, “was worthless,” said panelist Anita Ford Saunders, APR, owner of AFS Communication in Middletown, Conn., and vice chair of PRSA’s Diversity & Inclusion Committee. “The white male should be leading,” she said. However, “don’t assume it’s all white men. I’ve caught hell from white women, too.”

She added, “We expect more from white women, because they’re women. But why should we?”

“These conversations aren’t easy,” Jackson said. “There is no cookie-cutter answer.” She said she hopes to keep organizations accountable. “How can we ensure that this isn’t just something we’re going to talk about for a short period of time?”

“It’s personal,” Saunders said. “When you’re working with people of color, don’t ever tell us to calm down.” At the same time, she said, she doesn’t “want to be perceived as the angry black woman.”

“Unconscious bias is so prevalent in communications,” Clark said. “As an employee communicator, you are influencing how people feel about themselves at work. Language influences attitude and behavior, and can either disrupt or reinforce the status quo.” She recommends using inclusive language that is free of stereotypes.

Blow said communicators should avoid “tokenism,” in which a “picture of the lone minority within a company is put in an ad or annual report.” A similar phenomenon, what she called “minstreling,” means “putting black people out there for show by asking, ‘Can you come to the party or meeting to show that we’re diverse?’” (In the 19th and early 20th centuries, minstrel shows featured white entertainers performing in blackface makeup.)

“A lot of white people can’t recite the line ‘We hold these truths to be self-evident, that all men are created equal’” from The Declaration of Independence, Clark said. “If you’re white, go educate yourself.”

“This conversation is one that we have to have more of, but people are afraid of it,” Blow said. “But there is work for all of us to do.”

Playback of this webinar, “Responding to Racial Injustice With Change and Healing,” is now available for PRSA and PRSSA members.