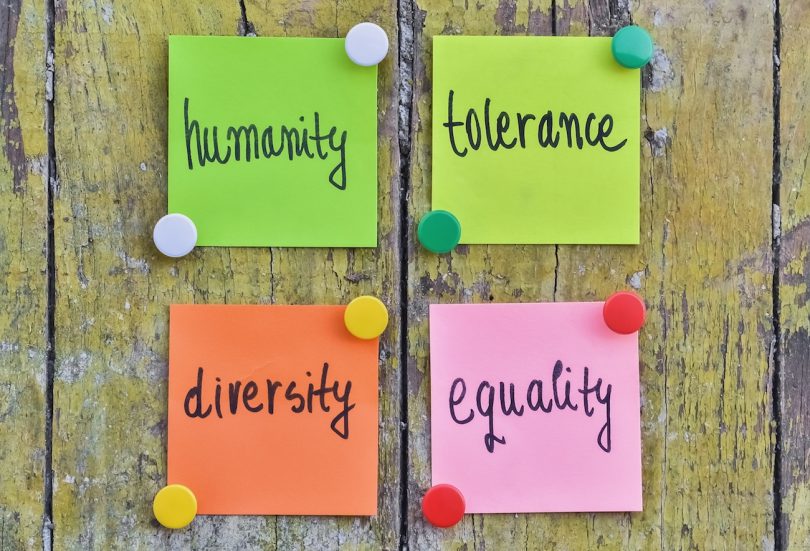 “As communicators, we’re in a unique position to get people to care enough to do something” about injustice and inequality, said Laine Himmelmann, who moderated a webinar on June 9 titled “Racial Injustice: A Dialogue on Responding with Change and Healing” in the days following continued civil unrest and peaceful protests across the country.

“We’re really proud to have this session” and to be able to “inform attitudes, opinions and beliefs,” said Himmelmann, director of development for Habitat for Humanity of Greater Sacramento, and 2020 president-elect of PRSA’s California Capital Chapter, which hosted the webinar.

Companies and communicators should remember that “brands help shape our culture,” said panelist Darcy Totten, James’s wife and the co-founder and CEO of Activism Articulated.

As gatekeepers of content, brands have the power to break down barriers, and to “change how we see ourselves and each other,” said Totten.

In advertising and marketing messages, “if black people aren’t seen as human,” James said, then “how are we able to shift the consciousness of communications professionals who are blind to their own unconscious bias and white supremacy?” When developing communications campaigns, “We need to create more diverse content at every opportunity” rather than using the first stock image available, Totten said.

On the question of procurement and hiring, Totten said her company “will always hire an untested, queer woman of color” and take a chance with that person “rather than hire tested but all-white” people, firms or vendors. When it comes to diversity in hiring, “part of my endless frustration is that companies have been dipping their toe in this pond for 20 years without making substantive changes,” she said.

Even when a company’s staff seems diverse, “they might share the same political beliefs and backgrounds,” Totten said. “As communications folks, dig into the breadth and depth of people’s experiences. If you find yourself in a room with six white men who are trying to figure out what to say about Black Lives Matter,” then feel free to object, she said.

No matter how well-intentioned they are, organizations will eventually face criticism over diversity, the panelists said. “Companies can’t think they will not have a crisis involving diversity,” for example, because someone says the wrong thing on Twitter, Totten said.

“We’re at the point now where everyone is going to be called out,” James said.

As a company, you should “think about who you hire and why you hire them,” Totten said. “If the company photo on your website shows just one gay man in a bow tie and one black woman with straight hair, and everyone else is white and blonde… you did that for a reason,” she said.

“If you don’t have a track record of hiring black, people don’t trust you,” James said. And while it’s hard to turn down business, “sometimes you have to say no to clients who are making investments that harm black bodies and are not in alignment with justice and freedom from oppression,” she said. “We all have to hold ourselves accountable.”

People want authentic action, Totten said. “A lot of businesses don’t realize the power they have to change things.”