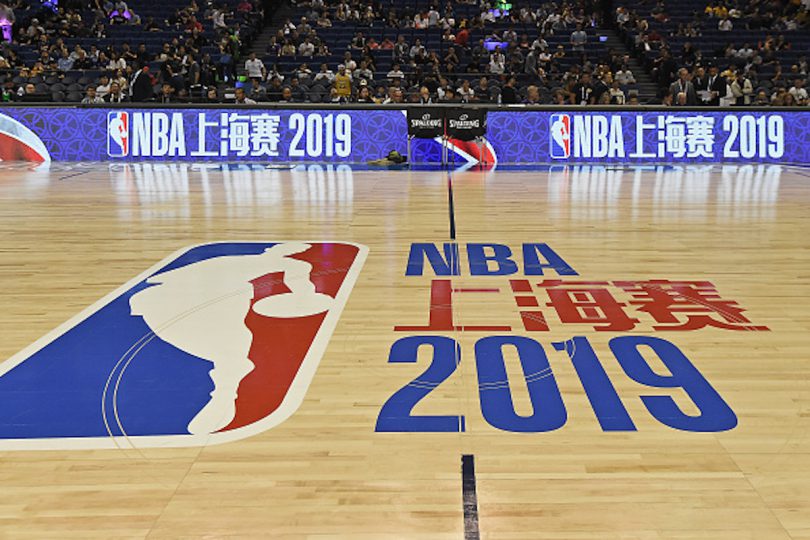 On Oct. 4, Daryl Morey, general manager of the NBA’s Houston Rockets, sent a tweet that said “Fight for Freedom,” and “Stand with Hong Kong.” The image was from an activist group that has called for foreign intervention to stop China’s violent, antidemocratic crackdowns in the semiautonomous administrative region.

Within hours of sending the message, Morey found himself the subject of a Twitter uproar. More than 170,000 Twitter responses appeared to come from basketball fans who were offended by his position. (The Washington Post would later report that what seemed like a grassroots reaction to Morey’s tweet was actually a coordinated harassment campaign.)

Fewer than 24 hours later, the Twitter brouhaha would expand into a sprawling crisis for the NBA’s relationship with China and its reputation at home. It became one of the year’s biggest news stories, one worth exploring in-depth as 2019 concludes.

For the NBA, China represents three decades of strategic investments to foster basketball in that country — building courts, bringing star athletes over for exhibition games and granting free broadcast rights.

In a sign that the investment was in jeopardy, several Chinese companies suspended operations with the Rockets and the NBA. Reprimands against the team and the NBA at large poured in from the Chinese Basketball Association, the Chinese consulate in Houston, Chinese Central Television — and most notably, from Tencent Holdings, a Chinese internet and technology giant and the NBA’s largest digital partner outside the United States. As Sports Illustrated reported, the NBA had signed a five-year deal with Tencent in June worth at least $500 million.

In the United States, the controversy over Morey’s tweet was arguably greater than in China. When the NBA released a statement calling Morey’s pro-democracy tweet “inappropriate,” the move was widely interpreted as an attempt to protect its bottom line and appease the repressive communist government of China. The NBA’s response drew bipartisan criticism from U.S. senators, presidential candidates and columnists, and mockery from the TV show “South Park.” Basketball fans protested at preseason games.

In the new era of corporate responsibility, large organizations increasingly turn on a dime when faced with criticism on social media. For PR practitioners, crisis managers, and the organizations they counsel, the NBA episode offers some valuable tips.

As social media has empowered popular movements, large corporations have learned to react with increasing agility in their communications — and in their internal decision-making. As a result, large, formerly slow-moving companies have ousted executives accused of misconduct, removed products from shelves and communicated other changes in response to — and sometimes ahead of — public sentiment expressed through social media.

This trend is positive when popular sentiment rewards companies for acting in accordance with their stated values, and for evolving those values with the times.

This executive-level behavior becomes dangerous, however, when companies react rather than thoughtfully respond to social media sentiment, and then change their stated values to suit the perceived audience of the moment. When companies try to be everything to everyone, overall trust in those organizations erodes.

In the case of the NBA, an appropriate, values-based response would have been a simple, public statement of the league’s support for freedom of belief and expression, its political neutrality, and its hope for peace in all parts of the world.

The NBA came under fire again when CBS News reported major inconsistencies between its initial English-language statement and the version it offered to Chinese audiences.

The English message from Chief Communications Officer Mike Bass called it “regrettable” that Morey’s tweet had offended Chinese fans. The NBA’s far harsher Chinese-language statement, which it posted on the Chinese social media site Weibo, said the NBA was “extremely disappointed” in Morey, and called his remarks “inappropriate.”

It referenced the “severely … hurt feelings” of Chinese fans, adopting a propaganda term that Beijing uses whenever Western brands or individuals speak out to support the Hong Kong pro-democracy movement.

The NBA’s divergent messages were the PR equivalent of a “double dribble” in basketball — an attempt to take a new position after committing to a different one. Even worse, the move plainly tried to deceive both audiences. While the tone and communications channels of a PR message should suit each key audience, the underlying meaning must be consistent.

While organizations facing crises should acknowledge any damage done, no one was under any illusion that Morey’s tweet “hurt [the] feelings” of Chinese citizens.

It was always about the Chinese government resisting perceived challenges to its authority. Any reference to “hurt feelings” would, for the NBA’s core audience in the United States, contradict the violence against Hong Kong protestors and with other Chinese-government misdeeds, like the recently exposed mass surveillance and forced detention of millions of Uighurs in Xinjiang.

In an Oct. 8 statement, NBA Commissioner Adam Silver made a smart defensive play, however. By clearly stating the league’s position on free speech — “The NBA will not put itself in a position of regulating what players, employees and team owners say or will not say” — he positioned the NBA as the target of antidemocratic muscle tactics from the Chinese government.

In comments later that month, Silver also revealed that he stood down a direct Chinese request to fire Morey: “We said there’s no chance that’s happening … There’s no chance we’ll even discipline him,” he said. This was the right decision — but it’s a better crisis practice to communicate these types of executive decisions in real-time, proactively heading off criticisms and moving the popular conversation forward.

The NBA made a strategic error in initially appointing Bass as spokesperson — and only later, when it realized the gravity of the situation, replacing him with Silver.

Bass’s statements caused confusion and failed to resonate with core audiences, putting Silver on the defensive when he finally appeared. This was a geopolitical confrontation and a question of corporate and national values, not a viral customer complaint, and Silver should have been out front from the beginning.

On Oct. 14, just as the controversy seemed to have receded, Los Angeles Lakers star player LeBron James dragged the issue back into the headlines by telling reporters that Morey’s tweet was “ignorant.”

James also made vague references to the financial, physical, emotional and spiritual harm Morey’s tweet could have caused. James did almost as much damage as the deceptive statement the league had posted on Weibo. His comments seemed to gloss over human rights abuses in China — and perhaps even worse, to reinforce earlier accusations that the league was motivated by profits.

Players and franchise staff may be free to tweet and state their views, but in a crisis situation, any statement from the organization should come from the designated spokesperson. It should only contain information that is clearly-stated, factual, grounded in organizational values and structured to move the conversation forward. Employees can and will speak to friends, family and other audiences, a reality that management can turn into an advantage — rather than a liability — by communicating expectations and talking points throughout the organization.

Ultimately, retired All-Star and ESPN commentator Shaquille O’Neal emerged as the NBA’s ideal spokesperson. On Oct. 22, just minutes before the start of the league’s 2019-2020 season, he addressed the issue on live television, in front of the NBA’s key audiences.

“We, as American people, do a lot of business in China,” he said. “And they know and understand our values and we understand their values. And one of our best values here in America is free speech. We’re allowed to say what we want to say, and we’re allowed to speak up about injustices…”

Though Shaq’s remarks implied a rebuke to Bass and especially to James, fans around the world recognized the NBA’s lovable legend as the voice that finally spoke for recognizable values. And while social media users spread the message that “Shaq dunked on the NBA,” he really spoke for the NBA and the entire sport of basketball. Following the crisis management playbook, he took control of the situation, responded honestly and clearly from the organization’s values, and moved the conversation forward.

Aidan M. Ryan, APR, is the media relations and content supervisor at Goldberg Segalla, a law firm with over 400 attorneys and 22 offices in the U.S. and U.K. His experience includes brand and reputation management, litigation PR, community relations, and crisis response. He has written on crisis management and corporate responsibility for Law360.