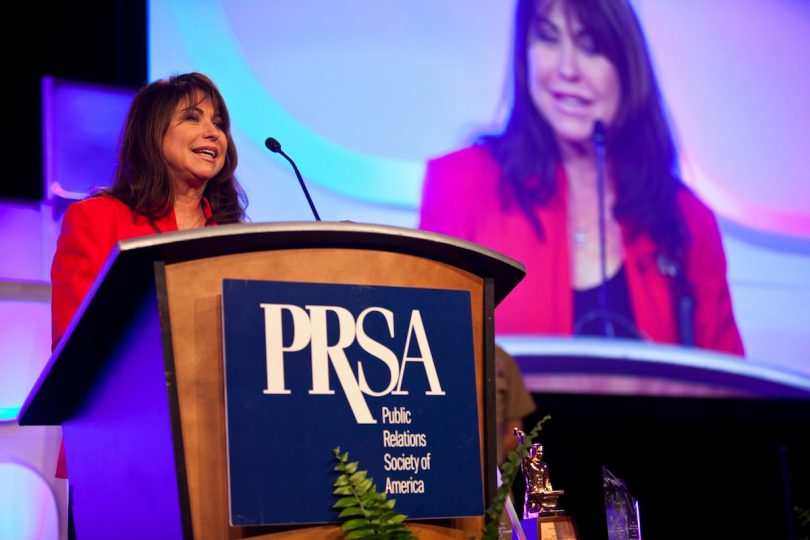 Each September, PRSA celebrates Ethics Month, featuring programs presented by the PRSA Board of Ethics and Professional Standards (BEPS). This year’s theme is “Ethics Every Day.” Please join the discussion through blog posts, webinars and Twitter Chats (#PREthics) scheduled throughout the month.

As PR practitioners, every day presents a new opportunity to reinforce our commitment to ethics.

But what happens when you discover that your organization doesn’t share your belief in that commitment? Better yet, what do you do when your allegiance to the company you work for directly contradicts the moral framework of your career?

Such a scenario presented itself to me in 2010 and 2014. I had been enjoying my time as a public affairs officer at the Phoenix Veterans Affairs Health Care System (PVAHCS). We were a top-performing hospital. Then a new director arrived who changed everything. I saw our staff getting hurt. I saw our patients being hurt. Plus, there were illegal acts going on regarding patient appointment lists. I knew I had to blow the whistle.

Unfortunately, the VA Office didn’t put an end to the corruption. We had to look outside our organization for assistance. It was a risky move because it meant disclosing information that had numerous protections around it. It took us a year before the information reached the right people, and we were finally able to highlight what was truly happening.

Along the way, I kept a timeline of my disclosures and what I was seeing. As federal government employees, we learned we could provide an evidence file to members of Congress, the Office of the Medical Inspector and the Office of the Inspector General. We also learned we could share it with the media, and we did so, but only after the internal VA channels didn’t work.

Overall, it was a challenging and eye-opening experience that I’ll never forget.

The beauty of the truth

When people ask me what I learned from this ordeal, I tell them I learned the beauty of the truth.

And the beauty of the truth is — it’s consistent. Sometimes we’re not proud to own it. We may make mistakes when we’re rushing to meet deadlines, for instance, but owning up to these errors provides a sense of reflection and growth. I find it imperative to know my truth and what it means to me, including the good, the bad and the ugly.

Unfortunately for myself and other whistleblowers, your life can change when you tell the truth. Instead of being a uniting force, which I loved in my public affairs officer role at PVAHCS, I became a dividing force. It hurt me, along with hurting my family and my friendships. Some people stood beside me while others did not.

Although I was fortunate to win my whistleblower reprisal case, the toll it took then and now remains. But telling the truth is vital to who we are, and how we operate as a society. It’s also essential in our profession. I believe we play a crucial role as ethics advocates, and at PRSA, we have the Board of Ethics and Professional Standards and the Code of Ethics to guide us along a moral path in our work.

As PR professionals, we have the capacity to build an organization’s moral compass, drive its ethical culture and foster relationships based on trust, respect, empathy and compassion. We can win the hearts and minds people through communications.

But at the end of the day, if the executives we work with aren’t interested in these ethics-driven goals, then it’s our duty to speak up — or take our experience and vision elsewhere.

A member of PRSA BEPS, Paula Pedene, APR, Fellow PRSA, is a three-time Silver Anvil Award recipient. She’s a service-disabled veteran, who has spent her life advocating for veterans and their health care. Pedene was one of the first whistleblowers at the Phoenix VA Health Care System to report mismanagement of funds, and waits and delays for patient care. Due to this effort as a government whistleblower, PRSA awarded her PR Professional of the Year in 2015.