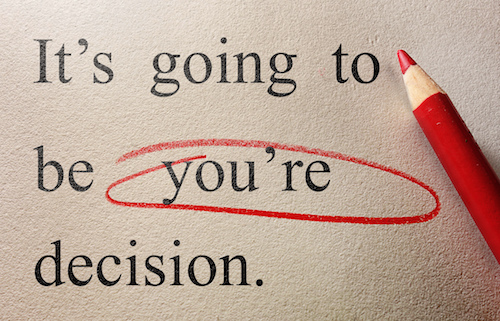 Bad writing can damage your professional reputation. In a post on Fast Company in December, professional writing coaches shared the most common mistakes they encounter, and advice for how to avoid them.

Writing inappropriately for the audience is a frequent pitfall, says Wilma Davidson, author of the book “Business Writing: What Works, What Won’t.” Scolding readers or failing to consider their interests turns them off, she says. To find tones that resonate, envision readers as real people, suggests Natalie Canavor, a writing consultant and author of “Business Writing for Dummies.”

Taking too long to state the point is another common flaw in business writing. State your purpose at the beginning of the piece and then provide details, advises Jodi Torpey, a business-writing coach. That way, even if the reader doesn’t finish what you’ve written, your point still comes across.

Word gaffes also undermine business communication. Using the wrong word can confuse the reader or change your meaning — and may make the audience question your intelligence.

Senka Hadzimuratovic, head of communications at the proofreading platform Grammarly, cites commonly misused words such as “than” versus “then,” and “lose” versus “loose.” Proofread aloud to make sure you’re using the right words, she says.

This article first appeared in the February 2019 “Storytelling & Writing” issue of Strategies & Tactics.