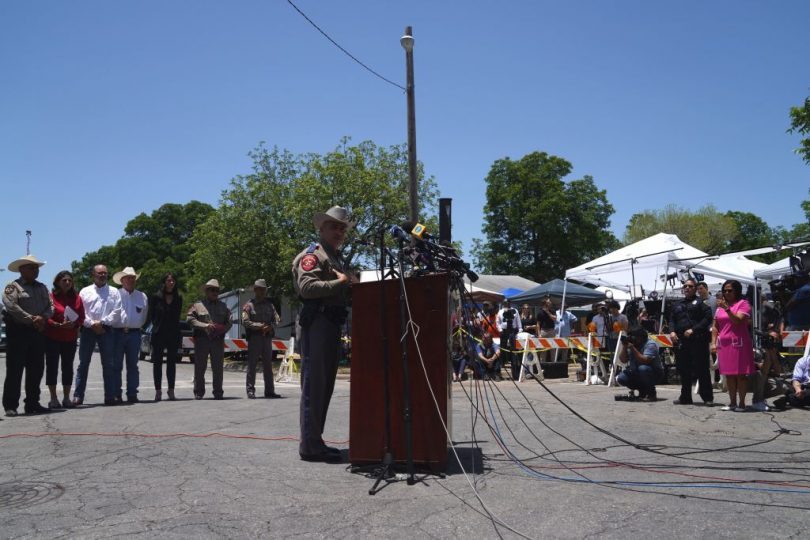 A press conference can be a risky way to convey information to the media and the public, particularly during a crisis.

The latest reminder of the perils that press conferences pose comes as new, conflicting facts have emerged about the tragic shootings on May 24 at Robb Elementary School in Uvalde, Texas, in which 19 children and two teachers were killed.

According to media reports, authorities have repeatedly corrected official statements about the shooting after those statements were contradicted by new information. In a press conference the day after the massacre, Texas Gov. Greg Abbott said, “The reason it was not worse is because law enforcement officials… showed amazing courage by running toward gunfire for the singular purpose of trying to save lives. And it is a fact that because of their quick response… and eliminating the gunman, they were able to save lives — unfortunately, not enough.”

As NBC News reported, officials initially said police officers had immediately entered the school, “engaged the active shooter” and “continued to keep him pinned down” in the adjoining classroom the shooter had entered “until a tactical team could be put together” and officers breached the door and shot and killed the assailant. The same official later said that rather than keeping the gunman pinned down, as initially reported, police were unable to enter the classroom and stop the rampage, despite the lives at risk.

“There’s been a lot of things that have been said — some are correct, some are incorrect,” Abbott told reporters at a news conference three days after the shooting. Abbott said he had been “misled” about the police response to the shooting and was “livid.” Abbott said his initial remarks on the law enforcement response were a “recitation” of what he had just been told in a briefing.

In the days and weeks that have followed, everybody seemed to have an opinion, a smidgen of knowledge but no responsibility. Uvalde’s mayor, Dan McLaughlin,  called for the U.S. Department of Justice to investigate.

DPS held the follow-up press conference where the director characterized the local police’s action as the “wrong” decision. They have purview over the State Police and Texas Rangers and began the investigation. President Biden has asked the DOJ to investigate as well. The Combined Law Enforcement Associations of Texas, a union coalition, stated support for the DOJ and slammed the DPS.

The local District Attorney, Christina Busbee, issued a statement that they wouldn’t be issuing statements. The Speaker of the Texas House, Dade Phelan, announced the creation of his own special investigative committee.

In other words, there’s a flood of information that isn’t informing anyone.

Learning from the past

Unfortunately, recent history offers other examples of what not to do in a press conference after a crisis. In the immediate aftermath of an accident or tragedy, communicators might be tempted to immediately provide an accounting or explanation of what has happened. But as experience shows, initial reports are often wrong. As a result, what the public perceives as misleading information undermines the credibility of the information that follows, even if it’s accurate.

Despite very public and memorable examples, communicators seem to learn this lesson the hard way. In April 2010, an oil rig that BP leased, the Deepwater Horizon, exploded and sank in the Gulf of Mexico off the coast of Louisiana, killing 11 workers, injuring 17 and causing the largest oil spill in the history of marine oil-drilling operations.

Television images showed the sinking oil rig engulfed in flames and black smoke. In the days that followed, nightly news footage from an underwater camera showed crude oil gushing unabated into the ocean from the ruptured well beneath the rig.

As the revised figures came to light, the media accused BP of purposely underestimating the spill’s severity and lying to Congress. BP was also accused of trying to deflect blame for the accident to Transocean, the company that owned and operated the rig, which BP leased.

According to the U.S. Environmental Protection Agency, 4 million barrels of oil flowed from the damaged well over 87 days before it was finally capped on July 15, 2010.

Acknowledging that information may change

As the Uvalde and BP examples show, when using a press conference to speak to the media and the public in a crisis, it’s best to begin by acknowledging that the information you’ll present is what is known at that moment. Clarify that the preliminary report may change as new information becomes available.

Throughout the first press conference after the crisis strikes, spokespeople best serve the media, the public and themselves by repeating that initial reports may change as further details come to light.

Another lesson we can take from the Uvalde and BP tragedies is that crisis communication plans should simulate crisis scenarios to train PR people and identify who will be responsible for making statements to the media.

In the oil and gas industry, for instance, public affairs employees are sometimes called into the office in the middle of the night to participate in crisis drills, wherein they take phone calls from actors playing the part of reporters, who may ask them questions about an oil spill. Investing even half a day for a tabletop crisis exercise can prove eye-opening about how communication can go off track and who will need to be involved in setting it straight.

Before crisis-related press conferences, communication rehearsals are necessary but often neglected. My position is: If you didn’t say it during the rehearsal, then don’t say it to the press or any other audience. BP’s response to the Deepwater Horizon disaster illustrated this principle. When discussing the spill’s impact on fishermen and coastal communities, Carl-Henric Svanberg, a Swedish businessman who was then BP’s chairman, said during a White House press conference: “We care about the small people. I hear comments sometimes that large oil companies are greedy companies or don’t care, but that is not the case at BP, we care about the small people.”

Svanberg’s remarks, which many found offensive, almost certainly resulted from an error in translation. But if he had rehearsed, then they likely would have come out right.

Rehearsal in time-sensitive situations is possible but requires discipline. In a crisis like the Uvalde shooting, officials who will speak to reporters at a press conference should take the time to write down and read aloud what they feel they can say. It’s worth the few minutes and will potentially save hours or days of backtracking later.