Fifty-five years ago, the first “Public Relations Handbook” that I edited was published. Matt Holt Books recently published the book’s 5th edition. Needless to say, a lot has changed in public relations since 1967.

Back then, when we first published the “Public Relations Handbook,” reaching out to the media was relatively straightforward for PR professionals. There were newspapers, magazines, wire services, trade publications, TV and radio. Three major broadcast networks dominated TV. 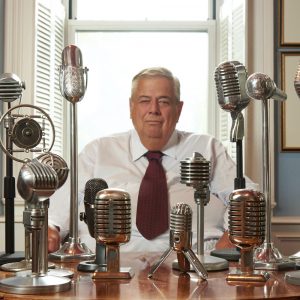 In our initial edition of the “Public Relations Handbook,” we discussed how one company had incredibly transmitted information via satellite from the United States to Japan, with a two-way, closed-circuit television between Tokyo and Chicago. (Does anyone remember when satellite news conferences were cutting-edge?)

CNN wouldn’t launch until 1980, but even then, cable remained in its infancy. Widespread use of the internet didn’t occur until the 1990s.

Daily newspaper circulation in the United States has fallen from its height of 61.8 million in 1974 to 24.3 million in 2020, according to Pew Research Center. About 2,200 local print newspapers have closed since 2005, cutting the number of newspaper journalists by more than half between 2008 and 2020.

When we published the first “Public Relations Handbook” in 1967, the notion of social media, influencers, YouTube, Instagram, Snapchat, podcasts and search-engine marketing did not exist. Today, just under half (48 percent) of U.S. adults say they get news from social media “often” or “sometimes,” according to Pew.

The splintering and decline of traditional media means there is less curation of facts. Social media has also raised important questions about how to stop the spread of misinformation without curtailing free speech.

Many companies have long considered it important to act in the public interest, but now commitments to environmental, social and governance values — and to serving not just shareholders but stakeholders — have become top priorities.

Regarding public policy, the notion that CEOs would take or have to take stands on issues such as LGBTQ rights, climate change and racial and gender diversity would have been unthinkable 55 years ago. Rereading our original chapter on crisis communications underscores the changes that have taken place in corporate America and public relations since then.

In 1987, we talked about media responses and media monitoring. We urged communications professionals to “maintain an open flow of communications once you know the story.” PR practitioners used to have several hours to ascertain the facts and the outline of the story before responding, but that is no longer the case.

Enabled by the internet, social media and cellphone cameras, news today spreads around the world before we can know the facts. Communication is 24/7. Media monitoring must now include internet news sites, social media and its influencers. Public relations professionals have to be able to respond quickly across a variety of platforms.

Much has changed in public relations in the last half-century-plus, but some things remain the same. Above all, credibility and trust are key.

Someday, when we look back on the 5th edition of “The Public Relations Handbook,” those values will still ring true.

Robert L. Dilenschneider founded The Dilenschneider Group in 1991. The firm provides strategic advice and counsel to Fortune 500 companies and leading families and individuals around the world.