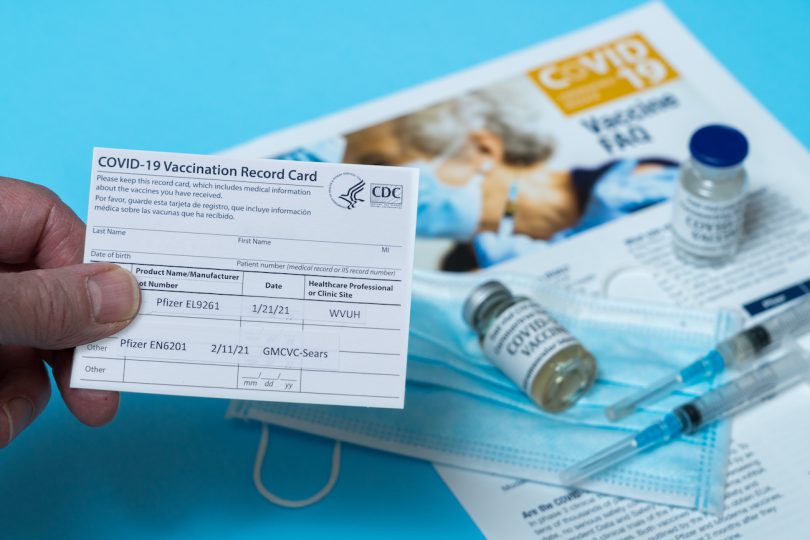 West Virginia was an early national leader in delivering COVID-19 vaccines, with 79 percent of the state’s residents over the age of 65 now fully vaccinated and 60 percent of its eligible population having received at least one dose, as of this writing. To date, 1,079,557 of 1,557,837 vaccine-eligible West Virginians have received their first shot.

However, some residents in the state — notably people of color — have had limited access to the vaccines or were initially hesitant to receive the shots. Nationwide, Black Americans have been receiving COVID-19 vaccinations at considerably lower rates than their white counterparts.

According to statistics from West Virginia’s Department of Health and Human Resources, Black residents make up 3.6 percent of the state’s population but constitute just 2.7 percent of those vaccinated against the virus that causes COVID-19.

According to a July 5, 2020, report from The New York Times, based on data from the U.S. Centers for Disease Control and Prevention, Black and Latino people were being disproportionately affected by the coronavirus. Black and Latino people in the United States were three times as likely to become infected as their white neighbors, and nearly twice as likely to die from the virus, according to the data.

While the data has been challenging to collect, the rates are concerning as COVID-19 disproportionally impacts Black Americans. Federal Centers for Disease Control and Prevention data show that Black people are more likely than white people to contract the virus and be hospitalized and die from the disease.

The Kaiser Family Foundation has been surveying Americans since December to track their confidence in coronavirus vaccines. The survey results show that hesitancy among Black and Hispanic people to receive the vaccine has dropped over time. According to the survey, initially it was thought that Black Americans and Latinos would be the most resistant to vaccination. But while these groups have higher rates of taking a “wait and see” approach, they have become more likely to be vaccinated.

According to a Jan. 29, 2021, article from Kaiser Health News, the hesitancy of some African Americans to receive coronavirus vaccines — and in some cases, their mistrust of the medical system in general — are issues that must be addressed.

Mistrust in the medical system may continue to fester with the continued spread of misinformation about the vaccines, particularly on social media channels. Fallacies such as magnets and microchips being injected with the vaccine, that the vaccine will give you COVID-19 or that vaccines were unsafe because they were rushed to production continue to be barriers to the those who are vaccine-hesitant.

Writing in The Atlantic, Dr. Christopher Martin, a professor at the West Virginia University School of Public Health and director of the Health Sciences Center Global Engagement Office, said some people feel the vaccine may be forced upon them and they won’t have an option to say no.

Other people fear vaccines in general, believing they are artificial or unfamiliar, Martin wrote. Some people, he said, are suspicious of the technology used to develop the COVID-19 vaccines and of how quickly scientists were able to develop the vaccines.

According to Martin, such concerns show that simply providing data on the vaccines won’t sway vaccine-hesitant people, who should not be dismissed as uninformed. To communicate well about coronavirus vaccinations, we first have to understand why some people have lower confidence in vaccines, he wrote. Understanding their emotions and perceptions of risk helps us build trust.

In West Virginia, people have strong community connections and a collective sense of identity, Martin noted. The more the state collaborates with local and community pharmacies and other groups, the greater the likelihood that residents will want to receive the vaccine.

Even though vaccine supplies are now readily available through neighborhood pharmacies, physician’s offices, community clinics and other outlets, getting the next wave of people vaccinated won’t necessarily be easy.

Surveys conducted by West Virginia University’s Public Interest Communication Research Laboratory have found that “unsure” individuals in the state prefer to receive vaccinations in their own doctor’s offices, at a hospital or urgent-care clinic, in their home or by a health care worker, especially if they don’t have a doctor.

The focus is shifting to take hundreds of doses into neighborhoods where people lack transportation, have faced barriers to register for vaccines or simply don’t feel confident in the vaccines. The goal is to meet people where they are and to enlist trusted local leaders to help talk to them.

For example, a team of health care workers recently made the rounds at several of West Virginia’s coal mines and offered vaccines to miners on the job. Vaccines have also been offered to community members at church services, local sporting events, in lines of cars at schools, and during the few festivals and fairs that are just starting to reopen. State officials recently spent more than $10 million on cash prizes and giveaways in an effort to incentivize state residents to get vaccinated, but it’s unclear how many actually received COVID-19 vaccinations due to the campaign.