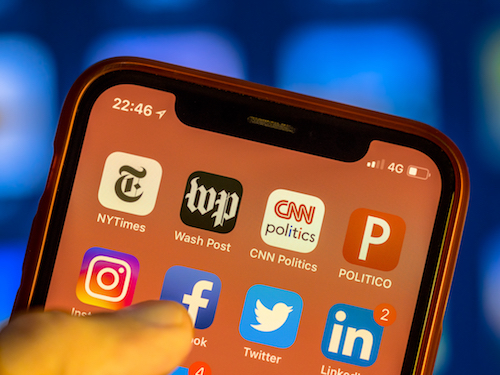 Television remains the most popular way Americans receive news, though its use has fallen since 2016. News websites are the next most common source, followed by radio, social media and print newspapers. Combined consumption of news on websites and social media stands at 43 percent for U.S. adults, compared to 49 percent for television. On TV, local news is most popular, with 37 percent of respondents saying they often see news there, compared with 30 percent for cable-TV news and 25 percent for network news.