“You’re fired!” Easily two of the most jarring and possibly traumatizing words that anyone can expect to hear during their career. Luckily, unless you’re a reality show contestant, your dismissal isn’t likely to be so abrupt or

unceremonious. Getting “let go,” “dismissed” or having your position “eliminated,” whatever it might be called when the hammer drops and you’re head is the one on the chopping block, is surprisingly personal… except for when itplays out in public. When a company is forced to publicly showcase and explain its human resources decisions, the public relations department can’t be far removed.

In this week’s Friday Five – PRSA’s analysis of the week’s biggest public relations news and commentary – we examine the public relations ramifications of high-profile dismissals, hirings and recent job changes. We explore the continuing ramifications of the Sony hack, the unexpected result of office decorating, consider Time, Inc.’s communications shakeup and look at the strategy behind a possible Presidential campaign hire. We also review the benefits of RadioShack’s retirement.

You may have noticed an interesting, chuckle-worthy, Washington Post article earlier this week about the eccentric decorating decisions made by Illinois Republican Rep. Aaron Schock. The crux of the piece focused on Schock’s Senior Adviser for Policy and Communications, Benjamin Cole’s attempt to stop a reporter from writing about the Congressman’s decision to allow his decorator to deck out his space in a motif reminiscent of the period drama “Downton Abbey.”

While that may have led to a funny or strange throw-away piece, by “PR disaster” standards, it was pretty benign. That is until the Think Progress’s Josh Israel dug into Cole’s public Facebook profile and found several “racially charged comments.” 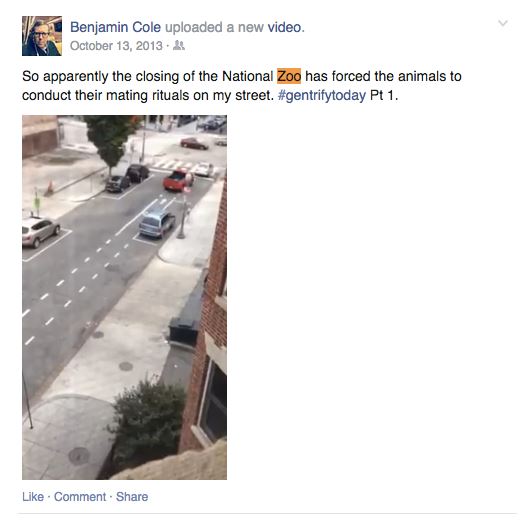 Cole’s comparison of his black neighbors to zoo animals and use of the “#gentrifytoday” hashtag quickly elevated the story.

Adding fuel to the fire, BuzzFeed News found additional posts from Cole referencing an arrest of black men on his block as the filming of a new installment of the “Django series.”

Hoping to quell the flare-up, Rep. Schock quickly released a press statement indicating his disappointment in Cole’s comments and acceptance of his “resignation.” It’s too early to speculate if this will have an effect on Schock’s reputation, but his decision-making in hiring Cole, who has shown a history of making such comments, will likely come into question during the next election cycle.

The ripples from December’s Sony cyber-attack don’t seem to be subsiding. This week we learned that Amy Pascal, the battered executive whose private emails were made public during the leak, would be stepping down from her position at Sony.

Considered the most senior female leader in Hollywood, Pascal just wasn’t able to recover from the revelations which included her speculation that movies starring black actors are more appealing to President Obama.

While Pascal is stepping down, she isn’t fully stepping out. As indicated in The New York Time article:

“She will leave her positions as co-chairwoman of Sony Pictures Entertainment and chairwoman of Sony’s motion picture group in May, the studio said, and accept a four-year production deal that will involve her making some of Sony’s biggest planned films.”

The article goes on to discuss the broader-reaching ramifications that this change might have on the public image of the movie industry:

“Though she received a lucrative and prestigious next job, her departure may invite further scrutiny of an industry often criticized for a dearth of women in leading positions.”

They don’t call it a “shakeup” for nothing. This week, Time, Inc. restructured its communication department in an effort to more effectively “act and speak as one company.” Whenever actions like this are taken, it normally means that someone will be shaken out of a job.

While these are among the more substantial changes in Time’s communication department, they are not the only ones. While we can fully understand the need for companies to consistently evolve and strive to find the most efficient ways of managing internal teams, an interesting point was made when this news broke – two women were now out of their jobs and a man would be moving up. While we don’t have any insight into the changes beyond those outlined in the press release, we do wonder about the optics of such a change and the message it sends to key audiences.

As the sun sets on Obama’s Presidential tenure and rises on another Clinton bid, a number of top White House aides have left for greener pastures. While some have gone on to take positions outside of politics, others have signed up for another Presidential campaign.

This week it was announced that White House Communications Director, Jennifer Palmieri, would be leaving to (likely) join the Hillary Clinton campaign. The move by Palmieri seems to be as much about strategy as it is about optics. According to The Washington Post:

“A senior Democratic strategist supporting Clinton, who requested anonymity because Clinton has not yet said she is running, said Palmieri emerged last month as the leading candidate to head the former secretary of state’s campaign communications operation. For an image-conscious campaign where men have been identified for nearly all the top positions, according to the strategist, the team very much wanted a widely-respected woman in the lead role.”

Why RadioShack’s demise is a good thing (CNBC)

While it’s not a hiring, firing or reduction you can probably categorize it under retirement. This week, RadioShack, one of the oldest surviving “brick and mortar” technology retailers, finally filed for bankruptcy. As one of those people who can remember when RadioShack was a viable option for purchasing Christmas gifts to the time when they changed their name to “The Shack,” this seems like the end of an era.

Like Blockbuster Video, Circuit City and other bygone retailers, not many will be shedding tears for the business. Like the others which have gone before it, there are some positives to be gleaned from the business’s decline. Scott Fearon sums up the history and benefits of the company’s failure in his CNBC article:

“The Onion lampooned RadioShack’s obsolete business model way back in 2007 and, since then, the company has tried valiantly to remake itself, but it has simply failed to adapt to changing consumer tastes. There’s nothing tragic about that. It’s the sign of a healthy market ecosystem.”

Fearon’s full article is worth a read for more on why RadioShack’s failure is “a good thing.”

I’ll close out with this video that explores “The Shack’s” commercials and market history. Try not to weep from nostalgia overload.