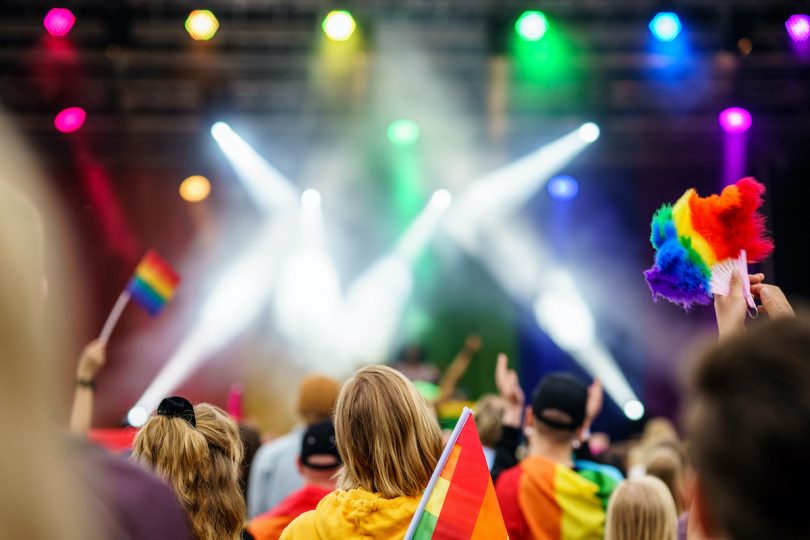 While June is generally celebrated as LGBTQ Pride Month across the United States, smart communicators know that celebrating and honoring Pride is a year-round activity. Indeed, we’ve entered a new era of expectations for corporate and organizational LGBTQ engagement.

At the same time, America is seemingly more divided than ever, with a vocal minority favoring anti-LGBTQ policies and threatening boycotts against those who speak out in favor of equality, and a majority becoming more vocal about their rising expectations for responsible corporate and organizational action on LGBTQ advocacy.

This division is even more stark when you consider the rising attacks on LGBTQ people in statehouses, courthouses and communities nationwide.

It’s a frightening time for LGBTQ people (and particularly for transgender people who are being singled out in discriminatory legislation) and a challenging time for the companies and organizations with the power to do something about it. But the choice for them is clear: Fully engage on the side of equality or be seen as a bully, or worse, an active opponent of LGBTQ people.

It’s no longer enough for companies to merely say they “support” LGBTQ people and ignore attacks on our rights and our lives in communities across the country. Corporate social responsibility that is inclusive of LGBTQ advocacy is no longer just a buzzword; it’s an obligation and an expectation. The cost of doing business is now paid in vocal and sustained action to stand up for the rights of LGBTQ (and all marginalized) people.

This year, Gallup reported that as many as 20 percent of Generation Z identifies as LGBTQ, and 7 percent of the total U.S. adult population does as well. Those are the highest numbers that Gallup has ever reported for our community. We’re a growing electorate, consumer base and employee bloc. We’re not a monolith, but companies and organizations ignore us at their peril.

What are the implications for communicators? It means we must adapt and grow.

Here’s a list of four activities that are “what’s now and what’s no,” for companies and organizations to follow in engaging LGBTQ audiences:

Now: Speaking out against anti-LGBTQ legislative efforts, canceling political contributions to politicians and advocacy groups that support them, and openly supporting LGBTQ candidates

No: Continuing to write checks to anti-LGBTQ political leaders and causes while claiming to “support” the LGBTQ community

Now: Getting your internal house in order by ensuring that you provide equal benefits, promotions, pay and opportunities to LGBTQ and other diverse employees

No: Promoting corporate statements on your pro-LGBTQ policies, but continuing to allow unequal treatment in the workplace

No: Writing a check to an LGBTQ cause or organization once per year or only issuing one positive statement during Pride Month

Now: Expanding your advertising and marketing to include LGBTQ publications and communities year-round and hiring LGBTQ businesses for diverse tasks, not just your LGBTQ outreach

No: Running one ad or marketing effort during Pride Month and ignoring the community the rest of the year; hiring non-LGBTQ firms for all or most of your work

This list is only the beginning but getting started is the key. It won’t be easy, so ask for help. There are myriad resources in the communications profession, in the advocacy community and in the LGBTQ community to help you.

It’s OK to admit you don’t understand the complexities of engaging diverse communities. Get help, get started and keep going, no matter your pace. It’s far better to be on the road and driving slowly forward than sitting on the sidelines wondering why the world is passing you by.

Ben Finzel is president of RENEWPR in Washington, D.C, an NGLCC-certified LGBT Business Enterprise. In 2003, he co-founded FH Out Front, the first global LGBTQ communications practice at an international PR firm (FleishmanHillard). In 2019, he co-founded The Change Agencies, the first national network of multicultural and LGBTQ-owned and operated PR firms. He is a member of the executive committee of the PRSA Counselors Academy and was inducted into the PRSA National Capital Chapter Hall of Fame in 2021.