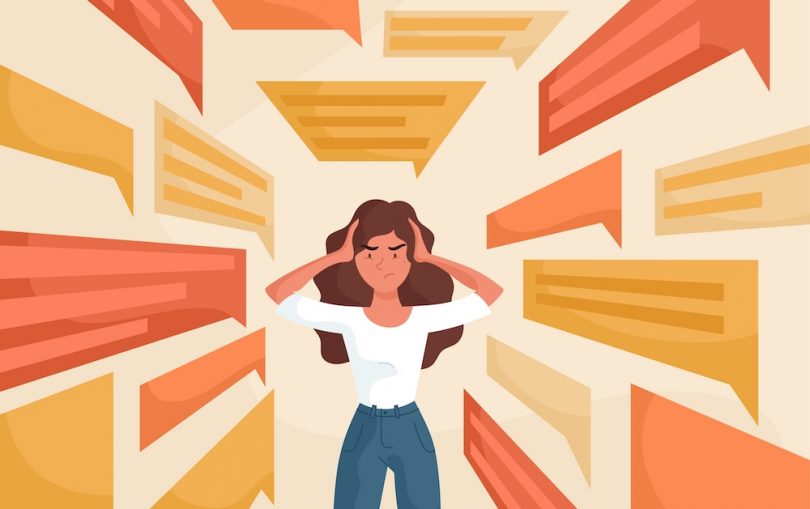 More than two-thirds of Americans (69 percent) believe disinformation is a major problem in society, up from 63 percent in 2020, new research finds.

According to the Institute for Public Relations’ third-annual “Disinformation in Society Report,” nearly three-quarters of Americans, on both sides of the political aisle, believe that disinformation will prolong the COVID-19 pandemic. In surveys conducted in November, 73 percent of respondents perceived that disinformation — which the study defines as “deliberately misleading or biased information” — is widespread about the coronavirus vaccine.

While Republicans and Democrats differed in their trust of media outlets by as much as 40 percentage points, both sides agreed that local news sources are the most trustworthy. (Overall, 64 percent trust local broadcast news and 63 percent trust local newspapers.) Forty percent of respondents said they avoid watching or listening to news because of the disinformation they encounter there, up from 31 percent in 2020.

And just as political affiliations significantly affected whether Americans trust new outlets, political leanings were also a determining factor in their trust of business sources.

Coinciding with the presidential election, Democrats in 2021 were more likely to trust major corporations and CEOs than in 2020, but their confidence in both categories was still below 50 percent. Forty-two percent of Democrats said they had “some” trust in major companies, while a lower proportion, 33 percent, had “some” trust in CEOs. (The latter more than doubles the 15 percent of Democrats who trusted CEOs in 2020.) Republicans’ trust in major companies and CEOs continued to hover around 36 percent and 29 percent, respectively.

Respondents cited family (79 percent) and friends (74 percent) as their most trusted sources of information. And they blamed politicians (77 percent) and Facebook (72 percent) as the culprits most often spreading disinformation. Seventy-eight percent felt at least “somewhat” confident in their own ability to recognize information that misrepresents reality or is false.

For more insights and resources on combating misinformation and disinformation, visit PRSA’s Voices 4 Everyone website: voices4everyone.prsa.org.