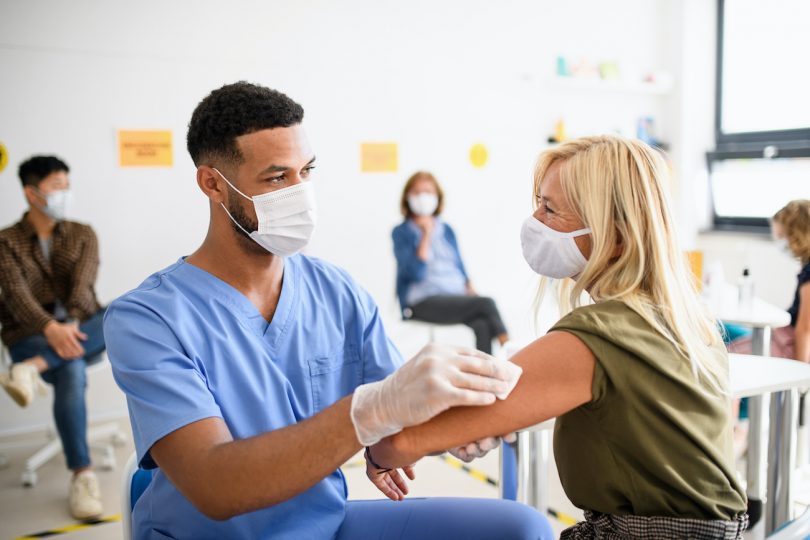 After the Supreme Court’s Jan. 13 ruling to block President Biden’s mandate that large U.S. companies have their workforces vaccinated against COVID-19 or tested weekly, companies must now decide whether to require their employees to be vaccinated anyway or to abandon the mandate.

As NPR reports, the mandate, which the Biden administration announced in September and which was set to take effect this month as a regulation of the Occupational Safety and Health Administration, would have applied to all U.S. companies with 100 or more employees, affecting roughly 84 million U.S. workers.

Following the Supreme Court ruling, rather than have “one uniform national policy and requirement on the issue, you’re now going back to this patchwork of state laws,” Michael C. Schmidt, vice chair of the labor and employment department at the law firm of Cozen O’Connor, told NBC News.

The Supreme Court’s ruling means “that many employers will get the flexibility they were asking for from the beginning,” said Emily M. Dickens, head of government affairs at the Society for Human Resource Management. Hiring managers were worried that large numbers of workers would quit if required to take the vaccine, a factor that could be contributing to many jobs being unfilled, she said.

“There’s talent out there that will get a second look now,” Dickens said, referring to people who don’t want the vaccine or won’t accept jobs that mandate the shots.

The mandate was designed “as if all the resources were there,” said Chris Schrader, an Indiana-based HR consultant, referring to the rapid tests, testing sites and related resources employers would have needed to comply, but which are now in short supply.

States such as Montana and Tennessee — where lawmakers have effectively blocked private vaccine mandates or undercut them by requiring expansive exemption policies — are adding to the confusion for national companies. Employers will have to make business decisions about whether to keep or scrap their vaccine mandates, said David Lewis, CEO of OperationsInc, an HR consulting firm.

Starbucks, which had announced earlier this month that it would require employees at its thousands of locations across all 50 states to be fully vaccinated by Feb. 9 or tested weekly, now says its employees won’t have to be vaccinated or tested, after all.

Two of the country’s largest manufacturing companies, GE and Boeing, both dropped their employee-vaccine requirements in December after a federal judge stayed a Biden administration vaccine mandate for federal contractors. According to the Centers for Disease Control and Prevention, more than 73 percent of Americans over the age of 18 are now fully vaccinated.