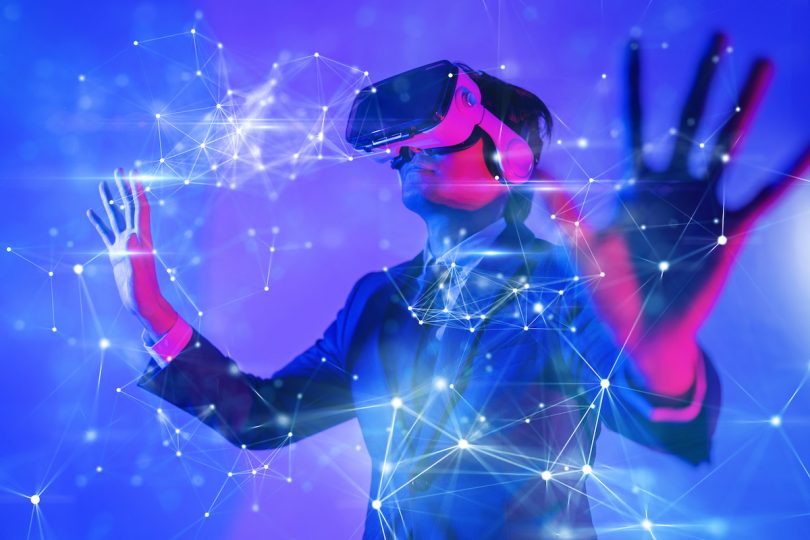 If social media has been an important communication tool, then the “metaverse” could be the next frontier of connectivity and interaction.

In late October, Facebook announced it was changing its company name to “Meta,” to “bring the metaverse to life.” The new moniker refers to the company’s vision for how people will work and play in a virtual world, as the next phase of the internet.

Explaining the new name in a letter he posted online, Meta CEO Mark Zuckerberg wrote that he envisions “an embodied internet where you’re in the experience, not just looking at it… like you are right there with another person or in another place… able to teleport instantly as a hologram to be at the office without a commute, at a concert with friends or in your parents’ living room to catch up.”

In Zuckerberg’s metaverse, many physical objects in the real world, as well as people’s family members, friends and coworkers, would be replaced by cartoon holograms viewed through virtual-reality goggles.

And yet, virtual reality (VR) environments are not new. VR has been a concept of imagination since Morton L. Heilig circa 1950s. A recent Time article recounts, “The word ‘metaverse’ is often traced to Neal Stephenson’s 1992 dystopic, cyberpunk novel Snow Crash…”

Along with Meta, videogame platforms are influencing this new, virtual world, but the metaverse is not a specific game, social media platform or app. Rather, it’s envisioned as an eventual hub of interconnected, overlapping virtual environments. Videogame sites like The Sandbox and Illuvium offer frameworks for what could become norms in the metaverse.

Roblox Corp., a technology company that had its initial public offering of stock in March, says it intends to build a human “co-experience” platform that will be shared among billions of users. The company says it plans to let anyone “imagine, create and have fun with friends as they explore millions of immersive 3D experiences, all built by a global community of developers.”

The metaverse will go beyond videogames to also include virtual real estate, shopping, work spaces, comedy clubs, high schools, universities and much more. In anticipation of what they believe will be the next iteration of the internet, early adopters and investment firms are already buying virtual property in the metaverse.

“This is like buying land in Manhattan 250 years ago as the city is being built,” Andrew Kiguel, chief executive of Tokens.com, told The Wall Street Journal.

In theory, with a click of a button or flip of the wrist, users will be able to jump into a completely different world. Maybe that’s why brands like Nike have already started filing trademark applications for virtual goods. As the Journal reported, Nike has launched a “virtual play place” on Roblox’s online videogame platform, in which players can dress their digital avatars in virtual Nike sneakers, hats or backpacks. Users will pay for these digital goods with cryptocurrencies such as bitcoin.

Every metaverse environment will be culturally specific, nuanced and immersive, creating opportunities for varied means of communication.

While integrated marketing-communications continues to include paid, owned, earned and shared channels, the metaverse will be the next step for all of them. Some communicators label traditional outlets such as newspapers, magazines and TV as passé “legacy” media, but the next generation of PR pros might define “legacy” as anything outside the metaverse.

Finding, building and implementing communication opportunities in the metaverse will require creativity, adaptability and foresight. At this early stage of development, forward-thinking communicators are not looking for ways to break into the metaverse — they’re inventing them.

Joshua J. Smith, M.S., is a full-time faculty member of mass communications and public relations with the Richard T. Robertson School of Media and Culture at Virginia Commonwealth University.