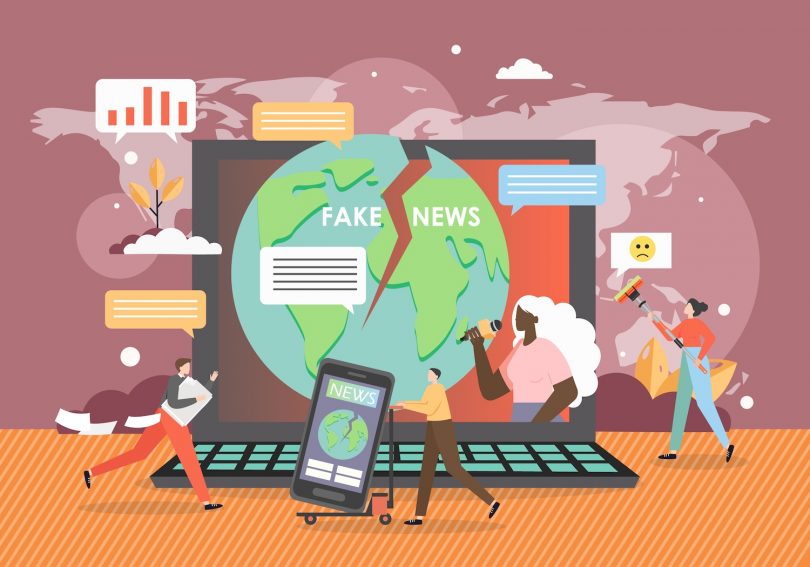 PR professionals pride themselves on relationships with reporters and specialized knowledge about the publications that cover their clients’ sectors.

But outside the part of the media landscape, you are personally familiar with, the sheer volume of news and “news-like” publishers can be overwhelming. There are thousands upon thousands of web, print, audio and video outlets, and as we’ve all become acutely aware, many of these publishers spread misinformation and extremely polarizing political content.

PRSA’s Voices4Everyone initiative was created to combat the problems posed by such publishers, and exists to build “mutual understanding, trust and civic engagement through more inclusive civil discourse.”

Inherent in the Voices4Everyone mission is the acknowledgment that our current level of civic discourse is somewhat broken, and that there is unfortunately quite a lot of media content out there that continues to drive outrage and division.

These types of media content present both problems and opportunities for your clients. Knowing more about the nature of these publications can help you navigate the risks and rewards of the current media landscape.

The traditional notion of “bad press” is negative coverage in a reputable journalism outlet that exposes legitimate complaints about a company — for example, coverage of a shareholder lawsuit, or a scandal about workplace conditions in a local or national newspaper. The company might view the coverage as unfair, but it is still grounded in legitimate public concerns. PR teams have been handling these kinds of events for years.

However, bad press nowadays can include highly politicized attacks from low-quality outlets that exist simply to generate polarization and outrage. These attacks can even stem from an initiative the company is proud of.

For example, recently, a right-wing, low-reliability publication condemned Pizza Hut. The article attacked Pizza Hut’s education-supporting initiatives. This story circulated within similar outlets (and on YouTube) but wasn’t covered in any reputable outlets. As a result, a small but significant group of people on the internet likely developed a new (unwarranted) dislike for Pizza Hut based on misinformation.

In other cases, your client might purposefully insert themselves into a politically charged situation, as Hobby Lobby has for conservative causes. When they recently took out full-page ads in national newspapers promoting religious foundations within government, coverage ensued from outlets left, right and center. For example, Business Insider, Daily Kos, and the Christian Post each covered it from very different perspectives.

Pizza Hut was unwittingly dragged into a culture war issue in one small corner of the internet and could justifiably choose to ignore it or to direct counter-messaging just to people exposed to the misinformation.

Hobby Lobby likely knew its actions would be a political flashpoint and could lean into such press from all parts of the media ecosystem to gain loyalty from the customers they are already aligned with.

Knowing the reliability and bias levels of the particular publications your client gets covered in is crucial to understanding how to respond appropriately. Independent third-party tools are available that provide such data about news and political publishers.

Many PR pros already use tracking and listening tools to stay on top of media and social media mentions of their clients but knowing more about the source of those mentions can help you respond in the most intelligent way possible.

A new kind of “brand safety” flap has emerged in the last few years: one in which a brand is held responsible for ad placements on misinformation and extremely biased content. Most consumers (inaccurately) believe that brands proactively select all the publishers upon which they advertise.

As a result, consumers have been holding brands accountable for the perceived endorsement of problematic news content. With more sunlight shining upon such content and their advertisers, this problem will only continue to grow.

It’s not only consumers whose activism causes business problems; increasingly, employees are calling out their employers for inconsistency between their words and actions. Imagine that an employer invests heavily in DE&I initiatives, and puts out a statement that “Black Lives Matter.” Those employees are understandably upset when the same company advertises on the show of a political pundit who constantly disparages BLM and treats the movement as an enemy.

You can help your clients avoid these issues in the first place by advising them to establish internal standards for the news and political content they support with their ad dollars, and ensure they execute their ad campaigns in congruence with these standards.

Providing an opportunity to lead

Misinformation and biased news can clearly damage your clients, not to mention society at large. But problems create opportunities to solve them — opportunities to innovate and lead cultural change.

A burgeoning area of opportunity revolves around the role companies can play in protecting the “fourth estate.” Several industry initiatives have highlighted the importance of advertisers stepping up to support good journalism outlets on the local and national level. The IAB’s News Saves Lives and the WFA’s Global Alliance for Responsible Media initiatives have focused attention on this topic in the last few years.

I predict that in the next few years, more brands will turn their attention to improving their overall Misinformation and Bias Impact (MBI), which involves both not funding junk news and actively supporting good journalism.

Trust in the news media is at historic lows, and individual journalists and reputable publications have been suffering as a result. And damaged faith in the press is a danger to our democracy as a whole.

Because of this, there is an opportunity for you and your brands to take an active stance in supporting journalism. It starts with identifying reputable publishers and making a commitment to spending advertising dollars with them.

Supporting concepts such as DE&I and environmental sustainability have been opportunities for brands to do good in the world while also improving their reputation among consumers. Improving MBI is another similar opportunity.

PR professionals are uniquely situated as liaisons between their brands and the press. Given the enormous shifts in what constitutes “the press” these days, your awareness of the risks and opportunities in the news landscape can make you extremely valuable to your clients.

And though brands have the power to reduce the scourge of misinformation and extreme polarization, you can be the key to unlocking that power.

Vanessa Otero is the founder and CEO of Ad Fontes Media. Alarmed by the unhealthy state of the media ecosystem, she used her expertise in content analysis to create the original Media Bias Chart in 2016.