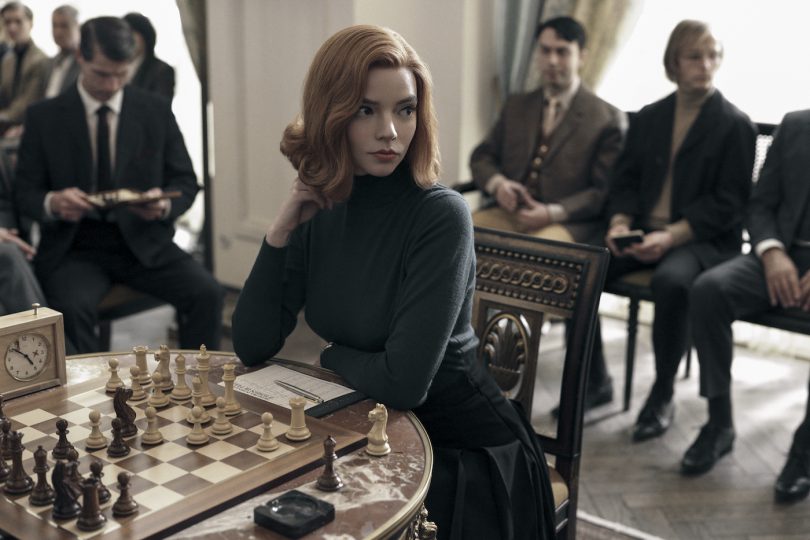 A few months ago, I watched the Netflix series “The Queen’s Gambit,”  an acclaimed coming-of-age period drama about a young chess prodigy who struggles with addiction.

As a whole, the show left me underwhelmed, but one element of the series spoke strongly to me.

She beat Harry in a chess match when he was Kentucky’s state champion. But nonetheless, he offers to share his own limited expertise with Beth to help her further hone her game and defeat the greatest living chess Grandmaster of the time, the Soviet Union’s Vasily Borgov.

While extending a helping hand, Harry acknowledges to Beth that he has been just another statistic on her path to success and fame, one that has left the bruised egos and dashed dreams of her competitors in its wake.

The fact that Harry prefaces his offer to help Beth by acknowledging her superior prowess as a chess player speaks volumes. The audience might expect her to scoff at Harry’s proposition, but she graciously decides to accept his help — and, as the series progresses, that of another rival, Benny Watts (played by Thomas Brodie-Sangster), who has become her love interest.

The scene made me realize what’s often missing in today’s workplace: organizational leaders who recognize their own shortcomings and allow themselves to learn from junior staffers. Though less experienced or accomplished, such workers are often skilled in certain areas and can offer fresh perspectives.

The premise of mentorship is top-down guidance and transfer of knowledge. No one can deny the value of a senior colleague mentoring someone new to the workforce — whether by helping her improve the skills she needs to meet the demands of the job, explaining how to navigate the nuances of organizational protocols or offering general career advice.

The organization and the individual both benefit from strong mentoring. In many cases, the experience of being mentored stays with the mentee for the rest of his or her career.

But what if the mentor-mentee roles were reversed? What if superficial assumptions about the less-experienced among us belie their deeper layers of expertise, talent and insight?

In today’s PR agency world, with its seemingly endless permutations of team structures and hierarchies, there are several scenarios in which younger workers might help guide their more experienced counterparts.

An example that immediately comes to mind involves technology. As changes in the media landscape force brands to tell their stories through digital platforms, the new generation of workers — being tech-savvy, digital natives — might devise novel ways to increase a brand’s share-of-voice in a crowded market.

This is just the tip of the iceberg. The possibilities are endless.

Companies that institute informal, reverse-mentoring programs can benefit in numerous ways. On an organization-wide scale, such programs open the gates to a new breed of creative ideas and innovation.

Reverse-mentoring programs also indirectly benefit younger workers by giving them their first opportunities to observe how executives improvise in business situations and make decisions. The programs help younger employees elevate their profiles within their companies’ ranks, too.

A more strategic, macroeconomic argument can also be made for reverse-mentoring programs. Combined, millennials and Gen-Z employees now constitute the largest segment of the workforce and a burgeoning consumer market. To tap this vital market demographic, it makes sense to seek the advice of younger colleagues about what’s relevant and what makes their peers tick.

Having spent almost eight years working at various levels in publishing, the agency world and in-house communications, I have been on both sides of the reverse-mentoring equation, imparting and absorbing lessons and insights. While I have supported leaders and augmented organizational capabilities with my own expertise, I have also gained invaluable knowledge from interns and account executives under my supervision — for which I remain grateful.

The scene from “The Queen’s Gambit” where Harry offers to help Beth demonstrates that even trailblazers and giants don’t always see the whole picture. Leaders might need some degree of education themselves.

The modern workplace will benefit from reimagining the mentor-mentee relationship. Strong leadership is crucial, but knowing when to follow is equally important.