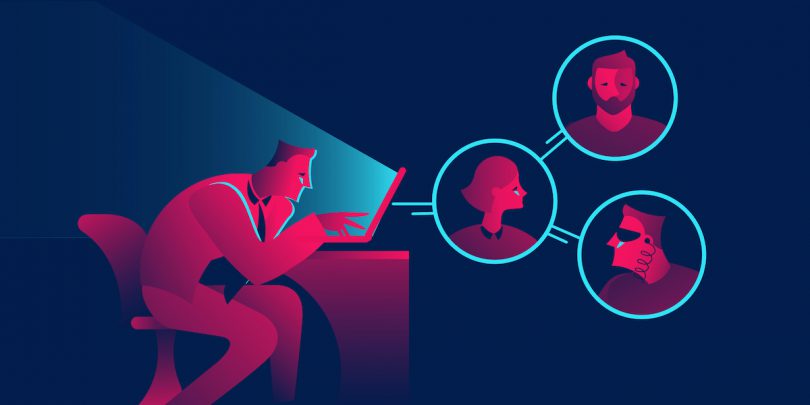 In today’s unforgiving media environment, decades’ worth of arduous work to build a strong reputation can be destroyed in less than a week. Just skim the headlines and you’ll notice everything from fraud and deadly cyberattacks to ethics violations, faulty products and tone-deaf commercials bringing down the mightiest of organizations.

Media fires that communicators could have doused before the 6 o’clock news, even a decade ago, can now erupt into global conflagrations, thanks to smartphones and social media.

Organizations are only as strong as how they respond in moments of crisis. But when crises arise, in-house communications personnel often mistakenly believe that their ideas to counteract the damage are foolproof and cannot be second-guessed. This myopic mindset can shut out constructive feedback and imperil organizations — making it imperative to identify shortfalls in a crisis response plan before its flawed protocols become embedded in every level of the organization.

This is where the idea of a “red team” comes into play. In the parlance of the cybersecurity sector and the military, a red team plays the role of an adversarial entity, to probe an organization’s defenses and find susceptibilities to breaches.

For example, a company might hire a “white hat” hacker to intentionally hack into its IT infrastructure and flag weak spots. The onus then lies on the company to remediate those flaws and avoid being compromised in the future.

A red team can expose reputational vulnerabilities in a company and flaws in its crisis-response plan. From a crisis-communications standpoint, a red team stress-tests an organization’s strategy by expanding the circle of feedback the plan receives. Going beyond the communications and marketing functions, a red team solicits feedback from other company departments (and perhaps external advisers) to simulate, for example, a public outcry about the organization, that might be raised by journalists or citizen activists with smartphones.

In response to a hypothetical breakdown in a company’s supply chain, a red team could simulate a scathing social media post that is meant to go viral. Another example might have a red team mimic a reporter who accosts a company executive over comments that a board member has made. The next step is then putting the remedial measures in place, in the event that similar incidents occur in the future.

At a time when anything can go wrong at any place and any moment, a red-team exercise is an invaluable tool that can help an organization refine its crisis response strategy, in the following ways:

Expose gaps in the armor.

As communications professionals, we might see ourselves as perfectionists, but another set of eyes will undoubtedly reveal weaknesses in our crisis plans. Red teams expose what works, what doesn’t and what needs improvement in a crisis-management strategy. By uncovering vulnerabilities, a red-team exercise proactively addresses the reputational challenges that an organization might face and better prepares it to deal with crisis scenarios that can nonetheless arise.

A red-team exercise requires open interaction with management and can involve difficult but beneficial conversations when the opposing faction that the red team represents hits the organization with “gotcha” questions.

Such exercises invite a diverse array of ideas, opinions and feedback. Whether you hire independent consultants with their own areas of expertise or simply enlist colleagues from other departments to serve as a red team, you will bring them into direct contact with the decision-makers who formulate your organization’s crisis-response strategy.

A red-team exercise is thus an excellent way to remedy the problem of communication breakdowns between isolated parts of a company (often referred to as “silos”), which are common in far too many organizations.

One long-term benefit of red-team exercises is that all parties involved gain perspective on the organization’s strategy and how its ideas are conceived. Through interaction between teams, the constant testing and evaluation of ideas, and cross-functional/inter-departmental feedback, a new way of thinking will inevitably take shape. Whether that thinking helps build a new crisis plan from scratch or leads to alternative planning in the future, a red-team exercise can transform the way that an organization thinks and operates.

In my experience as a corporate communications professional, I have seen the prevalence of silos in communications and marketing departments around the world — which result in a lack of collaboration among the various moving parts. This disconnectedness is detrimental to a company when a crisis strikes.

An effective red-team exercise helps bring those moving parts together. It also gives colleagues the opportunity to become better acquainted with one another and provides insights into how each member of a specific team thinks and operates. Red-team exercises build camaraderie and more cohesive work units that will be ready when called upon to execute their plans of action.

Of course, not every crisis is catastrophic or entails long-term reputational risk. But the steps that crisis-communication teams take during the calm before a crisis strikes will mitigate the damage and determine how the organization weathers the storm, should it ever arrive.

We are living in a time when brand loyalty is fleeting at best and customers don’t hesitate to put companies in an unflattering spotlight. Like the news media, the court of public opinion can be fickle and unforgiving.

According to Weber Shandwick’s The State of Corporate Reputation in 2020 report, 58 percent of CEOs surveyed said that a company’s overall reputation rests on the way that it responds to crises. For any organization, being caught off-guard because of a failure to plan for “what-if” scenarios can be a crippling blow from which it’s nearly impossible to recover. An investment in a crisis-response strategy is an investment in the long-term health of the business. And as part of that investment, a red-team exercise — which aligns people, processes and technology — can pay lasting dividends.