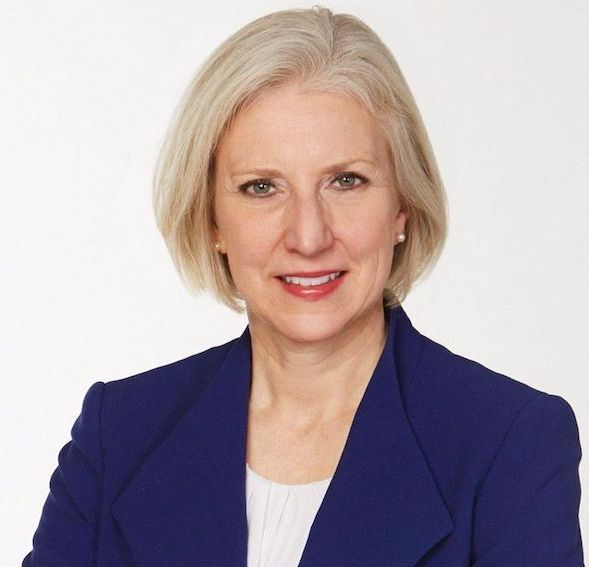 Throughout her accomplished career, Linda Thomas Brooks has worked at the intersection of technology, consumer behavior, data analysis and the media, a combination of experience that led to her new role as CEO of PRSA.

Thomas Brooks has served as president and CEO of MPA — The Association of Magazine Media. Her résumé also features innovative leadership roles, including as executive vice president and managing director of GM MediaWorks, the stand-alone agency of GM, and as president of Ingenuity Media for the Martin Agency. She holds a Bachelor of Arts in journalism from the Ohio State University.

Like many organizations, PRSA remains in a work-from-home environment during the pandemic. So, for the time being, the first meetings with her new colleagues will be virtual.

“It’s obviously going to be very different to get introduced to everyone and get oriented to the organization in a virtual way,” she said. “But I’m looking forward to jumping in and then, hopefully, in the not-to-distant future, we can all go out in the world again and I’ll be able to meet everyone in real life.”

Ahead of her first day on Jan. 19, Thomas Brooks talked with PRsay about the appeal of working at PRSA, the opportunities ahead for the profession and the importance of collaboration.

Why was PRSA an appealing opportunity for you?

It represents the culmination of a lot of things that I’ve done. I’ve worked at agencies, in technology, in broader communication strategy and a more-narrow media focus. I’ve always been adjacent to this [PR] world.

In the past few years, I’ve seen a growth in — people refer to it in different ways — brand journalism, branded content, native content. All of this growth in the communications infrastructure, and the communications ecosystem, is squarely in the purview of people with broad strategic communications backgrounds — and that’s PR people. I don’t think there’s anybody else in the broader ecosystem with the ability to take this on.

On top of that, what is happening with communications in our world more broadly — the push for truthful, contextually appropriate and adequately fact-checked information. These are critical issues. We must get this right. And for me, that’s why this was an exciting opportunity.

What were some of your early perceptions of PRSA?

My earliest perception came from PRSSA. In my senior year at Ohio State, my roommate was president of the PRSSA Chapter. Early in that academic year, she was in a serious car accident. Luckily, she was OK, but she ended up breaking her leg. As a result, I helped her get around campus.

I went from being the roommate who was vaguely aware of what she was doing at PRSSA to carrying her posters and putting up the signs for her meetings. I became, peripherally, a PRSSA member and got exposed to the student organization before being aware of the professional organization. I’ve hosted Ohio State’s PRSSA Chapter members when they’ve come to New York in the past few years.

And your more current perceptions of PRSA?

In my limited exposure so far, I’ve been able to see the incredible commitment of time and energy from the members. I have been part of other trade groups and associations that were focused on staff time and had much more limited member engagement. I’m sure the PRSA member energy is going to be contagious!

I’ve mostly met the Board of Directors at this point, but what I’ve heard about the individual members and local Chapters — it’s amazing how involved they are! They see PRSA as such an important part of their professional life. And that’s fantastic.

What is your vision for PRSA?

PRSA is an amazing legacy brand. And the future of the business looks exciting. So how can we build on that legacy to future-proof the organization? Hopefully, we’re all coming out of [the pandemic] at some point in the foreseeable future. The profession is going to look different, and the workplace is going to look different. And so how do we help people and provide the services, information and programs for our members in this new work world?

Also, just being part of this rapidly growing communications ecosystem where people are today — PR professionals can and should be playing a part of this. PRSA is well-positioned to be the center of this universe.

How do you define your leadership style?

I’d say collaborative. I love working in teams… and the benefit that you get with everybody working together. I’m open to sharing ideas and information, and I fully expect people on my teams to push back. So, hopefully, sometimes their reaction is, “Wow, Linda — that was a great idea.” However, most often, the feedback is like, “There’s a nugget of something good here. And if we add this person’s perspective and this person’s perspective, then we make it better.”

I’ve also worked with my teams in a very transparent way. So occasionally, the feedback they have to give me is like, “Wow, Linda, you should go have some more coffee! That [idea] was dumb and never say that out loud again.” That’s OK. I want that feedback and that honest information because that’s how we all get better.

You’ve been part of many innovative campaigns during your career. As a leader, how do you foster this creativity on your teams?

In my experience, corporate environments tend to be a little faster-paced than in the nonprofit or association world. What I bring from my corporate experience, and certainly from my tech experience, is a sense of urgency and iterative innovation. We don’t have to sit on something until we have the absolute complex answer with every single dotted i and crossed t. Sometimes you need to go and implement some things and adjust along the way.

One of the things I brought from my time in the tech world are hackathons — just put everybody from the team in the room and say, “Here’s an area that we want to address. What is the best way that we can do this?” So it’s not “Let’s have a meeting; and then next month, let’s have another meeting and then let’s think about it.” We sit at this table and come up with some things to implement when we walk out of the room to solve the problem.

What are you looking forward to most as CEO of PRSA?

John Elsasser is the publications director at PRSA, where he started in 1994. He has a Bachelor of Arts in journalism from the Ohio State University.