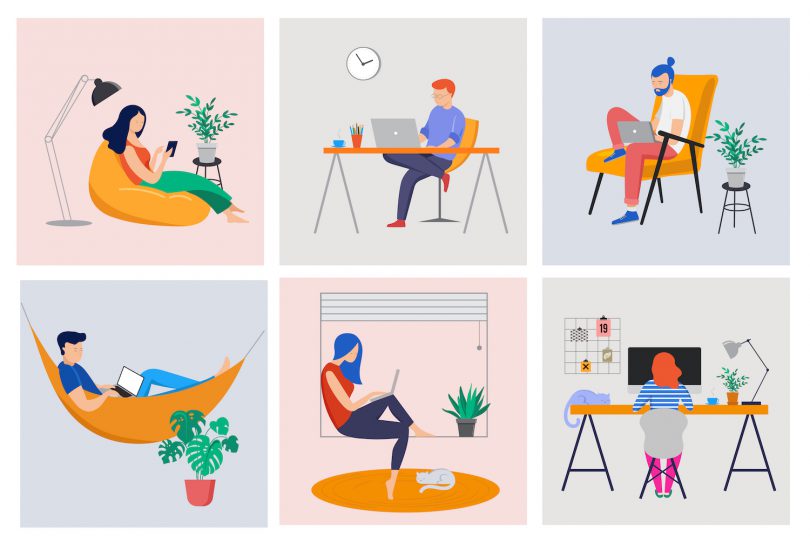 As the novel coronavirus swept the country this past spring and many workplaces abruptly closed, an era of remote work began for millions of employed Americans that may extend far into the future. According to a new survey by Pew Research Center, most people now working from home had rarely or never done so before the shutdowns. More than half say that, given the choice, they would continue working from home even after the pandemic ends.

Three-quarters of those now working from home say they have the technology, equipment and workspace they need. Most also say it’s been easy for them to feel motivated, meet deadlines and complete their work without interruptions. 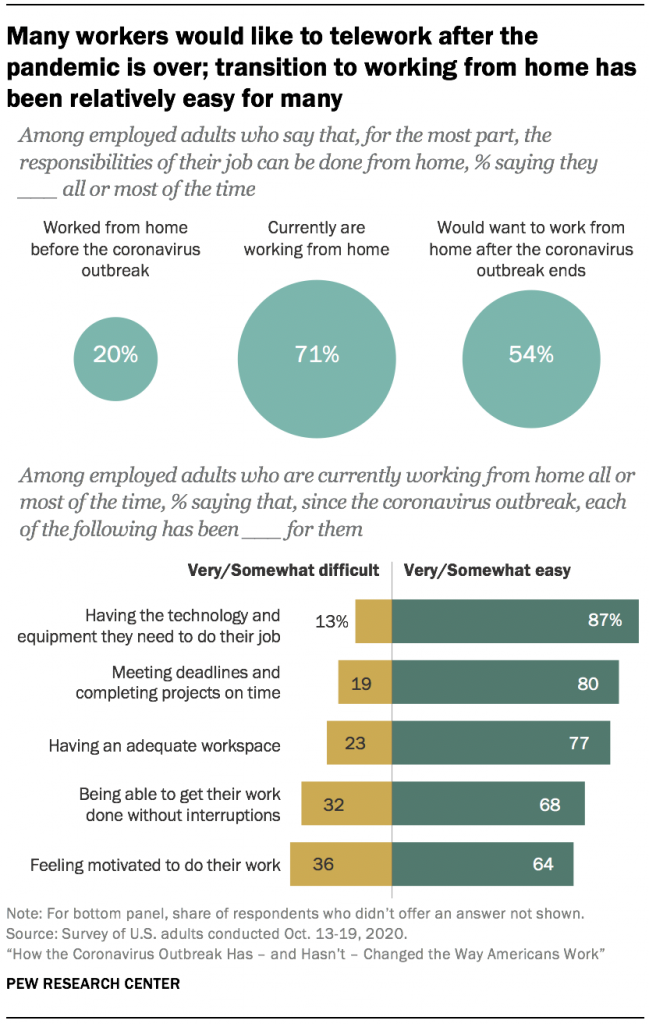 However, 42 percent of teleworkers ages 18-49 report having a hard time feeling motivated to work since the coronavirus outbreak began, compared to only 20 percent of those 50 and older. And half of parents working from home who have kids younger than 18 — many of whom are stuck at home themselves with “remote learning” — say it’s been difficult to work without interruptions.

The shift to remote work in 2020 has revealed, or perhaps clarified, a class divide. In Pew’s surveys, a majority of workers say their job responsibilities cannot be carried out from home. While most upper-income workers can do their work from home, most lower- and middle-income workers cannot. Sixty-two percent of workers with a bachelor’s degree or more education say they can do their work from home, compared to only 23 percent of those without a four-year college degree.

At least half of employees who cannot telework say they’re concerned about being exposed to the coronavirus from the people they come into contact with at work, or unknowingly infecting others. Still, these workers are largely satisfied with steps their workplaces have taken to protect them from contagion.

About half (49 percent) of those now working from home say they’ve gained flexibility in their schedules, while 38 percent say it’s become easier for them to balance work with family responsibilities. On the downside, 65 percent of employees now teleworking say they feel less connected to their coworkers as a result.

Among remote workers who often use video-conferencing services, 63 percent say they’re fine with the amount of time they spend working that way. Thirty-seven percent feel worn out by excessive video calls.