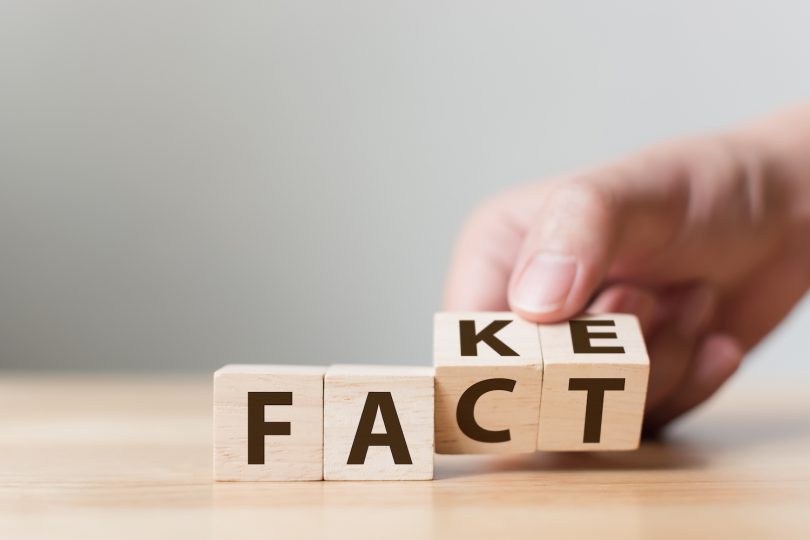 Although Election Day is fast approaching, the lessons from 2016 have yet to sink in, said Nina Jankowicz during her General Session at PRSA’s ICON 2020 virtual conference today.

“This is a truth that, four years after revelations about Russian interference in the 2016 election came to light, we still seem not to fully understand it,” Jankowicz said.

What transpired four years ago was the catalyst for her to research and write the book “How to Lose the Information War,” which travels to the front lines of this conflict in Central and Eastern Europe, and interviews the people who have been in this battle much longer than the United States. 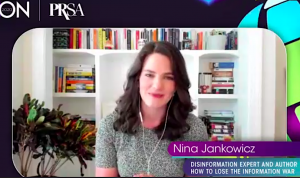 Based on her research, there seems to be “a uniquely American hubris” to the U.S. approach on disinformation — especially when it comes to Russia.

“We seem to think that we are the first people this happened to — that couldn’t be farther from the truth,” said Jankowicz, who studies the intersection of democracy and technology in Central and Eastern Europe as the Wilson Center’s Disinformation Fellow. “The Soviet Union was involved in propaganda… throughout the Communist period.”

Now, in this internet era, she said that Russia has auditioned and perfected its tactics in nations like Estonia, the Republic of Georgia, Poland and the Czech Republic.

“Although its goal is to increase its global influence, Russia’s disinformation campaigns operate on an undeniably human level, often employing local actors to cast a spell of plausible deniability and increase the authenticity of their message,” she said. “Our response, however, exists almost entirely in realms.”

The government realm, so far, has consisted of classified briefings on sanctions and talking points of the politicization of intelligence, she said.

“They believe in content curation, fact-checking and furious games of Whack-a-Troll, removing fake accounts created by malign actors only to see others pop up in their wake,” she said. “Like the carnival game of Whack-a-Mole, Whack-a-Troll is all but unwinnable. Neither the tech platforms nor governments nor journalists can fact-check their way out of the crisis of truth and trust that Western democracy currently faces.”

The role of communicators

Jankowicz said that PR professionals are on the front lines of this information war.

“You are uniquely qualified to spot this information, to call it out and to disincentivize its use, but we aren’t there yet,” she said. “At its core, disinformation is antithetical to democracy. We need good information to participate in the democratic process, and those who traffic in disinformation are knowingly dismantling that process.”

She said that she believes that consumers of news and information are best served by developing cognitive muscles and emotional skepticism, activating accuracy, motivation and training to withstand the onslaught of content designed to trigger an emotional response.

During her research in Central and Eastern Europe, she found that government officials have invested in building up their citizens’ resilience and filling in the fissures that allow disinformation to flourish in the first place.

“I don’t kid myself. Education and awareness alone cannot win the information war, but it will take a long-term investment to even win a single battle,” she said. “Empowering people to be active and engaged members of society through investments in the information space and in people themselves is always part of the solution.”

She stated that Russia will continue to attempt to influence our democracy, and “other bad actors are already imitating Russian tactics to prepare for these future attacks on democracy.”

In her opinion, we need to think beyond Russia to the key participants in the democratic process: people.

She quoted Thomas Jefferson, who, in 1820, wrote: “I know of no safe repository for the ultimate powers of society but the people themselves; and if we think them not enlightened enough to exercise their control with a wholesome discretion, the remedy is not to take it from them, but to increase their discretion by education.”

“That’s where you come in. I hope that if you walk away with one idea from my presentation today, it’s that, in your work as PR professionals, you have the power and the responsibility to make change,” she said. “Make every piece of copy you write and every campaign you pitch embody the truth well told. With your help, we can return the reality to civil discourse, and disincentivize the disinformation that is degrading our democracy.”