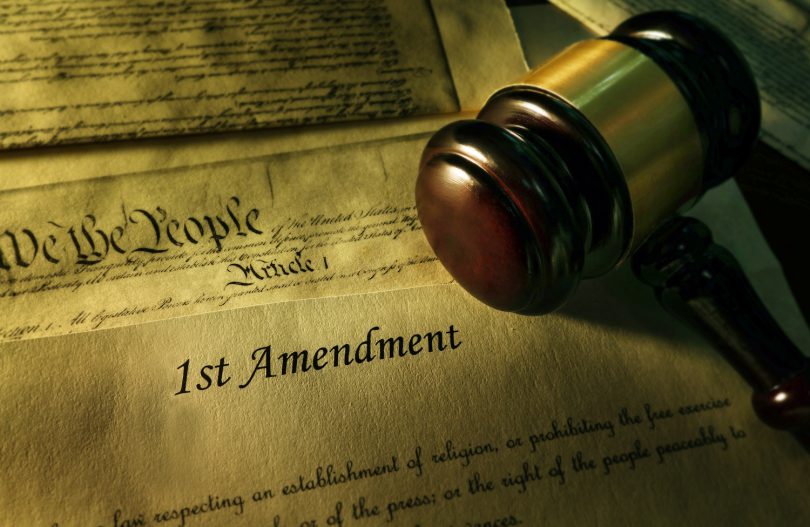 When speaking with professional communicators and journalists, Lata Nott often finds herself offering directions about her specialty area.

“The First Amendment works both ways, and this fabulous freedom that we have to communicate and express ourselves means that you’re also open to people communicating back, and telling you exactly why they don’t like you,” says Nott, an attorney and Fellow with the Freedom Forum, a Washington, D.C.-based nonpartisan, nonprofit organization that fosters First Amendment freedoms. “When it comes to the First Amendment, be prepared for pushback,” she says. “Be prepared for people who disagree with you.” 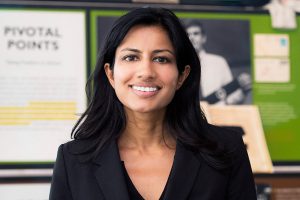 Here, she offers a preview of her speech and discusses what she calls “First Amendment-ish” issues:

Our Conference theme this year is “Strategic Communications: Navigating a World Disrupted.” What does this disruption look like to you in 2020?

Speech used to be expensive. [In the past], if you wanted to disseminate your opinions, you needed a printing press or access to someone who had one. But now that everyone can basically be a publisher and broadcast their opinions, you have fewer barriers to speech. But it also means that it’s harder to find good information than it used to be. Now speech is cheap, and attention is expensive.

And so that’s the new focus — how do you get people to pay attention? Some of that is about the way that social media and the internet work, and the algorithms that direct people toward one thing or another.

If you are a PR professional, if you have an audience, then you have a certain responsibility. What do you want to do with [that attention] when it’s a precious commodity? This all has to do with the disruption the internet has wrought.

But to say it has nothing to do with the First Amendment is a little shortsighted, because it has to do with free expression. So many of our conversations take place on these platforms, and the decisions that social media companies make about what they will and will not allow has a huge impact on public discourse. I would call that the number one “First Amendment-ish” issue that I see.

We are weeks away from the U.S. presidential election. What should employees keep in mind if they want to speak out about politics at work or on their own social media accounts?

At your employer, especially your private employer, most people are “at will” employees, and their employment can be at risk for a lot of things they say or do. There’s not a lot of protection from the First Amendment when it comes to that, which people need to be aware of.

This is more like a best practice than a legal thing, but it can help a lot — especially if you have a public-facing position at a company — to add a disclaimer saying that this is your personal opinion. You’re not speaking [as an employee], but as a private citizen.

Private employers have a lot of discretion about whether they think an employee’s speech reflects badly on them, and it can cost employees their jobs.

What are some considerations for communicators at these companies/organizations when an employee causes a stir with a social media post?

That’s a good question. Communicators could talk about walking back statements and saying, “This doesn’t reflect the views of the company.” Oftentimes at companies, their first instinct is to disavow that the speech happened, or that that speech is related to them.

Another [possible response] is to say, “This doesn’t reflect the company at large. Our employees have lives outside of work, and they express their opinions.”

What else can attendees expect to hear from you during ICON 2020?

I will also be talking about disinformation and misinformation, which are especially important topics because we’re heading into an election. I’ll discuss measures we can take considering that the First Amendment does protect lies — and at the same time, how freedom of the press gives us access to information about the world around us.

In this disrupted world, there are new rules about disinformation and the best practices to handle it. I’d love to talk about that.