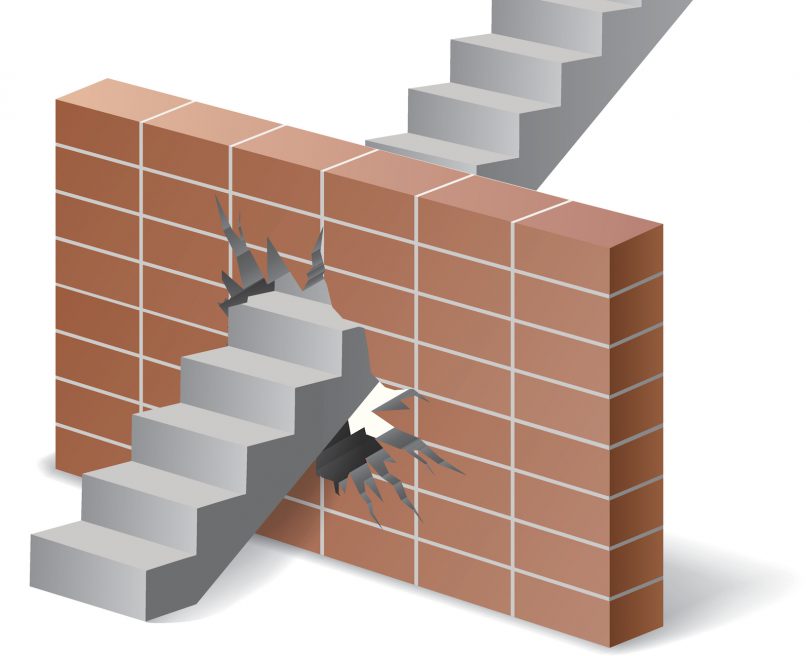 It took me nearly five years to earn a full-time position in public relations.

Coming from a small university in Michigan without a PR program, my only experience was gained from working as a student assistant in the PR department for three years. When I graduated, I spent my spare time offering to write press releases and manage social media for community groups in my native Detroit.

When I applied for PR jobs, I always ran into barriers like unpaid internships, lack of transportation, not enough experience, not being a culture fit and (eventually) too much job-hopping. When I decided to pursue a true career in public relations, I left home for graduate school with only a couple hundred dollars in my bank account, driving a car on its last legs while evading fines that I racked up because of insufficient funds.

By the time I was done with classes a year later, I needed the help of family, friends, my significant other and alumni to help me get to my first big break: a three-month contract position in Washington, D.C.

In short: For me to be taken seriously as a professional, I had to overcome the barriers of education, experience, finances and relocation.

This summer, we’ve seen hundreds of organizations declare their support for the Black Lives Matter movement. But while they’re publishing statements — short and long — many of these organizations have been accused, publicly and privately, of creating barriers for their own Black professionals. These barriers span the gamut in magnitude from biased comments to blatant discrimination.

Can you picture how exhausting it is for a Black professional who likely had to overcome similar (or more extraneous) barriers to get their first opportunity, only to have to face even more barriers when they’re finally there?

On Juneteenth, the Associated Press announced that the letter “b” in Black is to now be capitalized when referring to race and ethnicity. Although it was a historic decision made by the 174-year-old standard-bearer for journalism, AP was not the first major outlet to make the switch in June. USA Today, The Los Angeles Times and NBC News announced their decisions a week prior to the AP’s decision.

However, the National Association of Black Journalists (NABJ) has been urging media to capitalize Black for decades — way before the recent tragedies involving George Floyd, Breonna Taylor and Ahmaud Arbery brought issues of racial justice to the forefront.

With the support of major allies, NABJ and its members finally removed a centuries-long barrier for recognizing Black culture and Black people as a significant race/ethnicity in our society.

Look closely and you can draw parallels between the decision to emphasize Black as a race/ethnicity, and the barriers that Black professionals overcome to be respected in public relations and communications. Our profession has historically pigeonholed entry-level employees into administrative tasks or multicultural projects, only to discard them because they failed to meet undefined or unreasonable expectations. At the mid- and senior-levels, our profession often halts our ascension up the corporate ladder under the vague excuses of “client-readiness” and discriminatory salary practices.

But it’s time for our most powerful allies to advocate for us and with us. It’s one thing for diverse professionals to stand together in calling out discriminatory practices. However, it’s even more powerful when those who’ve benefited most from those practices make a choice to do something about it.

Just as various news outlets took the lead to capitalize Black, our allies in power must take action to remove the systemic barriers that have long prevented our profession from being as diverse as our nation’s population. We can no longer leave tradition unchallenged while ignoring what’s right.

That’s the most meaningful way we can demonstrate that #BlackTalentsMatter.

Cedric F. Brown, APR, is a digital strategist with an interest in the intersection of racial justice activism and public relations. Find him being his most authentic self on Twitter: @abrothanamedCed. He writes the monthly D&I Explained column for Strategies & Tactics.