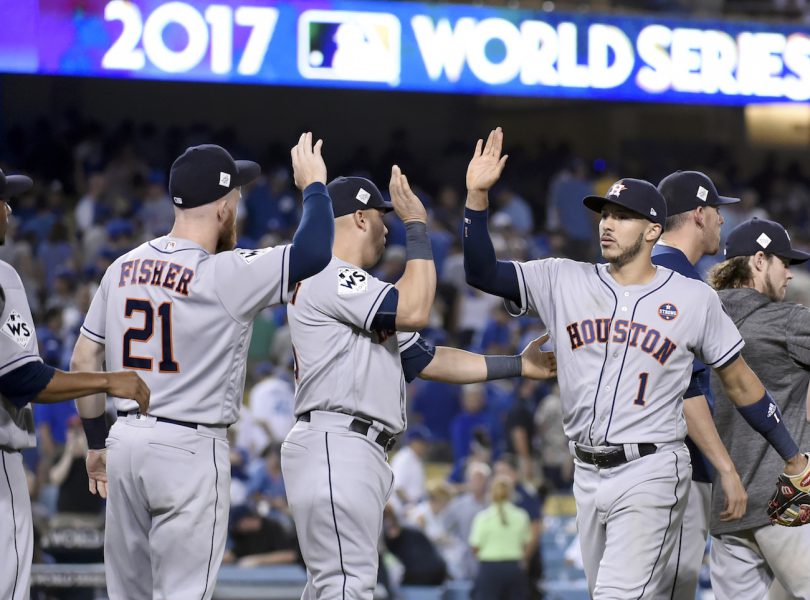 A significant part of public relations isn’t just communicating with the media to pitch them and share positive developments about client projects — it’s also about being frank, open and professional with journalists during a time of chaos and crisis.

When the Houston Astros were caught using illegal sign-stealing methods during its World Series-winning 2017 season, their response was inadequate at best.

Prior to the 2020 season, after the cheating scandal had become public, Astros owner Jim Crane fired the team’s general manager and manager — the first step toward proper atonement and remorse.

However, during a recent Spring Training press conference, Crane couldn’t get his story straight. Appearing confused, he first said the sign-stealing did not impact his team’s play in 2017. Then, for a moment, he changed his mind, only to retract this new statement and go back to his original stance.

Following Crane’s contradictory remarks, star players Alex Bregman and Jose Altuve read prepared statements, which, like Crane’s words, seemed to posture as regretful but were too vague to be understood as properly apologetic.

While the Astros saga can obviously be understood as a failure of leadership — who greenlighted the sign-stealing efforts — and athletic integrity, it’s also a failure of PR management too.

Here’s how they should have responded to the scandal, and what communicators can learn from their failures.

1. Be prepared to address the public.

One clear sign the Astros weren’t committed to a proper apology was their Spring Training press conference, which seemed poorly planned.

Crane wasn’t properly dressed — he wore a collared golf shirt instead of a suit and tie — and he didn’t have a prepared statement to read that could have addressed the issues the media were most likely to ask. Instead he hemmed and hawed his way through the process.

If Crane and the Astros really wanted their remorse to feel genuine, then a formal, professional, well-organized press conference would have been a strong start.

A press conference should give the media something of value. Crane and the Astros offered no new information with theirs, instead repeating the same bullet points that the public already knew.

In addition to this being a waste of time for both their fans and MLB stakeholders, it made it seem as if they had more to hide.

In this case, the “injured parties” included the fans of Major League Baseball, the Astros own fans, management of other teams, and of course, the competing players whose attempts to win a World Series trophy were presumably thwarted by these cheating activities.

The Astros did not offer them much remorse. The theme of “We are sorry but it’s time to move on” did not exactly strike a positive chord with the members of the media either.

Astros ownership, under the watchful eye of MLB Commissioner Rob Manfred, had already fired their general manager and on-field manager. So, some action had already taken place.

However, a few more details on how the Astros planned to address possible cheating going forward would also have added to the discussion, providing more in-depth information.

To their credit, the Astros did open the locker room after the press conference and the players who spoke were a lot more on point. They expressed regret and apologized continuously. Some actually appeared shaken at what had taken place. Why wasn’t this communicated earlier?

In the end, Astros did very little to reduce the negative banter associated with the cheating scandal.

Instead, it only heightened the impact of what occurred and will certainly be a much- discussed talking point by not only the media but by competing players from other teams, coaches and managers throughout the 2020 season.

Many PR professionals may never have to organize or host a press conference or even offer a public apology to millions of fans and stakeholders. Yet, for those who do, it is best to plan strategically and, unlike the Astros, make sure you cover all the bases.

Steve Turner is a Principal with Solomon Turner PR in St. Louis. Now celebrating its 30th year, Solomon Turner PR works with clients on a national and local basis helping businesses maximize their brand impact. The firm has been named one of the top PR firms in St. Louis for 11 years in a row by Small Business Monthly.