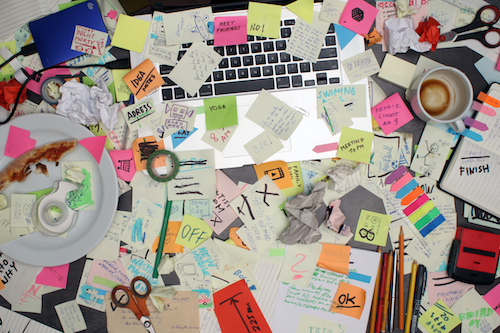 If your workspace is sloppy, co-workers might think you’re neurotic and disagreeable, new research from the University of Michigan says. Psychologists explored how messy workspaces affect perceptions of the owner’s personality.

In three experiments, about 160 participants were randomly assigned to sit in a researcher’s office that was clean and uncluttered, or in other offices that were either “somewhat” or “very” messy.

In the clean office, papers were stacked neatly on the desk, books and journals stood upright on bookshelves, file drawers had typewritten labels and all garbage was in the wastebasket. By comparison, books in the “somewhat” messy office were tilted on the shelves, a textbook and papers lay on the floor, and the wall clock was an hour off. The “very” messy office was even more cluttered and disorganized.

If people see a messy office and suspect its occupant is careless, cranky and uncaring, then they might avoid dealing with that person in the future on either a personal or professional basis, researchers found.