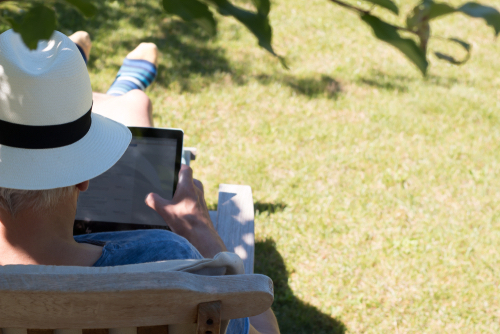 We’d all love to be financially independent and not have to work at all. I don’t have anything for you on that today.

But we’d also like to be independent in where and when we work, and that’s closer than you think. This might sound idealistic, but I firmly believe it’s entirely pragmatic and achievable. You can build a great track record and communicate it to your bosses so clearly that you get to set your hours and work space. If they don’t accept that, then you can take that track record to the job market and land somewhere that does.

My favorite of these “independence” stories goes as follows: I was on a call with one of my one-on-one coaching clients, Ken Li, who worked at a Chicago agency. I asked, “What do you really want? What is your personal best outcome?” He paused, admitting, “My wife has always dreamed of living on a little farm out in Indiana where the kids can help raise animals. That’s how she grew up. She’s sacrificed so much for me and my career, I’d really like to give that to her.”

Of course, his billables and results stayed sky-high. About a year ago he and his wife started looking at properties in Indiana. His “Independence Day” was June 25, 2015. That’s when he sent this email to his co-workers (after previous consultations with his superiors): “I’ve ‘bought the farm.’ From now on, I’ll only be in the office on Tuesdays.”

My Independence Day was April 9, 2012. I took a different route — I left my full-time job and started working for myself. Two years later my family and I lived in England for the month of July.

Twelve years ago, I wouldn’t have believed you if you had told me that would happen. Why 12 years? Because 2006 was the year I resolved to get on a path to independence — first in where and when I work, and ultimately if I work. It took me awhile for the first two, and I’m still working on the last one.

Those outcomes may seem really far away for you. And if you’ve been reading my posts for any length of time, you know I’m not about get-rich-quick schemes or magic panaceas.

But, if you’re not fully ready to fully declare independence just yet, you can still take the next step on your path to get there:

If you’ve read this far, then you’re the type of person who can achieve it. Start on the path today.

When will be your Independence Day be?