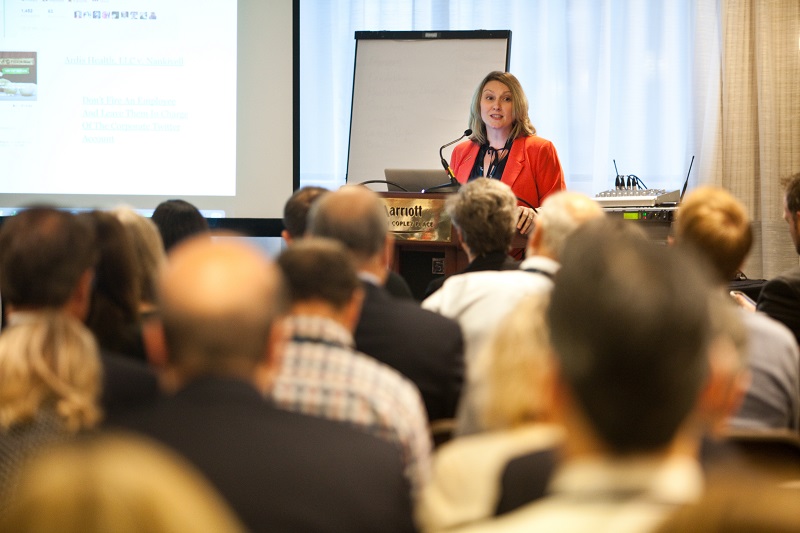 Here are some highlights from three professional development sessions at the PRSA 2017 International Conference in Boston on Oct. 8–10:

For example, there’s an assumption that the internet or social media are not the best tools for reaching low-income Americans. However, according to Pew Research Center, 65 percent of people who earn less than $30,000 are Facebook users.

“If you’re not paying for your social media campaigns, then no one is seeing them,” said Haworth, who recalled her childhood in small-town Indiana as one of eating “government cheese” from food banks and spending the Christmas season with her parents who couldn’t afford presents.

To be more successful at reaching rural America, Haworth offered a few pieces of advice for PR professionals when building their campaigns:

3 Ways to Maintain Control of Your Corporate Social Media

The speed and accessibility of social media means that brands are always teetering on the edge of a crisis. Because it only takes one post to destroy a reputation, companies need to be wary of who has the power to create and share content.

“Don’t fire an employee and then leave them in control of the Twitter account,” said Regina Luttrell, Ph.D. (pictured above), during an Oct. 9 PD session titled “Going #Rogue: Losing Control of Your Social Media.”

During the presentation, Luttrell, an assistant professor at S.I. Newhouse School of Public Communications, Jamie Ward, Ph.D., an assistant professor at Eastern Michigan University, and Susan Emerick, a marketing strategist at IBM, discussed the best ways for brands to remain at the helm of their social media accounts and also limit the damage in the event that someone creates an “alt” channel or hijacks their handle.

The PESO Model and a Data-Driven Approach to Communications

During the Oct. 9 PD session “Convergence + Conversion: How to Integrate and Measure Paid, Earned, Shared and Owned,” panelists discussed how the pressure to be data-driven has influenced the content they’re focusing on.

Unsurprisingly, the importance of shared media (which refers, in part, to social media and online interactions among consumers) was a topic on all of their minds.

For Deutsch and his team, this “strategic approach” included growing their owned media channels through 2012’s Coca-Cola Journey rebrand. Because shrinking newsrooms forced the corporation to move away from its reliance on news outlets for consistent earned media, they decided to publish their own content in the form of a digital magazine to ensure that there would always be a bevy of stories and information to share on Twitter, Facebook and LinkedIn.

In addition, more content for social media meant more opportunities to measure the strength of Coca-Cola’s messaging. “The beauty of social is it gives you hard metrics,” said Deutsch.

Raskopf says social media has inspired Dunkin’ Brands to incorporate popular internet trends into their campaigns. Earlier this year, a video from “America’s Got Talent” — which Dunkin’ Donuts sponsors — featuring a man in a pumpkin mask dancing to Rockwell’s “Somebody’s Watching Me” racked up nearly 3 million YouTube views.

Dunkin’ decided to use “Dancing Pumpkin Man” in a commercial rolling out their fall products, turning a viral moment into a piece of paid media. “In corporate America, what gets measured gets funded,” said Raskopf, referring to the 3 million hits on the video.

In the end, the panelists also agreed that social media functions as a barometer for whether the message behind a PR campaign is reaching consumers.

“You can put paid and owned media behind [your message] but, if you don’t have the story, [then it doesn’t matter],” said Schaffer.