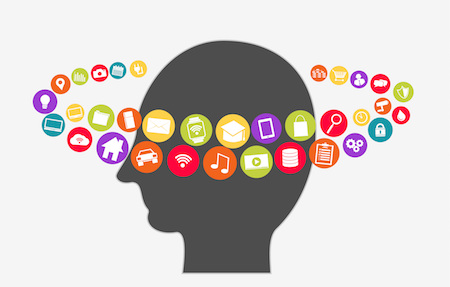 This post is brought to you by Zignal Labs, a proud sponsor of PRSA. Josh Ginsberg will be presenting a professional development session on Oct. 8 at PRSA’s 2017 International Conference in Boston.

Most brands today are using some kind of platform to help them make sense of the media and social conversations that affect their reputations.

It makes sense in a landscape where each second more than 7,700 tweets are sent, 70,500 videos are viewed on YouTube and 800 photos are posted on Instagram, according to Internet Live Stats. That’s a breathtaking amount of data — a digital haystack so huge that your chances of finding the conversations relevant to a brand are even smaller than the proverbial needle.

But any technology is really only as useful and savvy as the people behind the scenes actively reviewing and doing something with it. And even the very best of us can fall victim to the occasional mistake.

Here are the top four issues brands encounter when using media and social intelligence (plus easy, smart ways to up your analytics game).

• Using data to see what you want to see. When we know our company, leadership, culture, customers and issues really well, it can be easy to default to using media and social intelligence to steer the ship our way. Using information to confirm what we believe to be true — instead of uncovering the truth — is confirmation bias. In short, we take the data points that suit our narrative and eschew — or actively denigrate — the rest as irrelevant or even bogus.

Numerous social science experiments prove that, in the words of two cognitive scientists, “strong feelings do not emerge from deep understanding.” In our professional lives, that’s a problem. As strategic counselors, we should ask the right questions, use data to help us answer them and always come at the facts with an open mind. Senior leaders rely on us for a near-encyclopedic command of the facts — all of them, not merely a select few — and our ability to understand all sides and perspectives of an issue.

Using media and social intelligence to bolster points you’ve made before or advance a particular agenda might work in the short term, but it’s the wrong call in the long run.

• Seeing a surge in volume and sounding the alarm. Let’s say you’re seeing an uptick in tweets around your brand. A big surge can mean something great — or like the infamous United video, it can be an “all hands on deck” moment for your company. But it’s not enough to flag that something’s happening online about your brand. That’s a waste of an executive’s time. Take the few minutes you need to quickly gather the additional intel. Who’s talking and why? What’s the best course of action? For most executives, the winning formula is fairly simple: A is happening, these are the reasons why, and therefore the recommended action is B.

We have an agency customer representing an agriculture client. Every once in awhile there would be a spike in social conversations, raising the client’s eyebrows and heart rates. But after digging into it, it turned out to be inconsequential activists. Going a little deeper, they could see that the conversation hadn’t migrated to more mainstream influencers and outlets that could give a story real momentum. The agency realized quickly that, beyond monitoring, there wasn’t anything more to do because the conversations were confined to a small sphere of hardcore influencers talking to each other. Productive outreach just wasn’t likely.

• Sticking with the tried and true. People often default to the beat reporter who’s covered the industry for years, or that friendly blogger always looking for a nice, light take on a particular subject. To be sure, those kinds of relationships are important to cultivate and maintain.

But the proliferation of social and digital technologies continues to give rise to new faces and outlets that might be useful to your brand. Media and social intelligence sources can discover precisely what voices are talking about your company itself — or issues that are directly related to your brand and industry. It may very well be that tried-and-true journalist, but you may also learn that, on a particular issue or day, it’s an Instagram influencer or emerging young voice that’s really making waves in social. In those cases, it’s beneficial to consider reaching out and forging new relationships that will prove beneficial down the line.

• Not being data conversant. Do CSV files give you hives? If you look at an Excel spreadsheet and wish someone else could interpret the numbers for you, you’re not alone. But you’ll also have to get over it — and there are technologies out there that make it simpler to do that. Now more than ever, public relations is integrated into — and relied upon by — the C-suite. And executive leaders generally look for more than gut instinct to fuel decision making. In fact, data can be a powerful tool to back up the instincts we’ve honed through long experience — because it’s the language CEOs, CMOs and others in that executive chain speak most fluently.

In fact, a Harvard Business School study cited common traits for CEOs, which included being calculated risk takers, biased toward action and constructively tough-minded. In other words, providing the most value means coming armed with the information and data executives need to take intelligent risks — and to support your recommendations under tough scrutiny. Media and social intelligence can show things like sentiment over time, volume, sources of stories, key influencers, tangential issues and more, powerfully illustrating the state of your brand in relation to customers, stakeholders and media.

PR practitioners can really put media and social intelligence to work for them — but the best outcomes require keeping an open mind, a cool head and a logical bent as we review and use the data.

Josh Ginsberg is the CEO and co-founder of Zignal Labs.