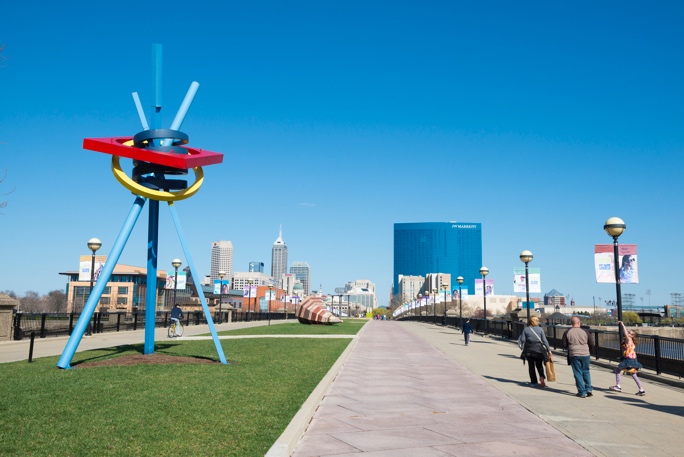 When I told a friend I’d be visiting his hometown of Indianapolis for PRSA International Conference, the response was a tad on the harsh side.

It’s true that Indiana sustained some bruises in the boxing ring of public opinion in 2015 when passage of the Religious Freedom Restoration Act prompted a backlash from companies, which threatened to pull business and events from Indiana.  A revised version of the bill was passed two weeks later, prohibiting businesses from refusing services to someone because of their sexual orientation, gender identity and other factors.

As someone who has attended PRSA’s international conference for decades, I know that decisions about host cities are made years in advance.  There was undoubtedly discussion among senior leadership about the suitability of bringing thousands of PRSSA student members and practitioners from across the globe to a state where legislators had given short shrift to diversity and inclusion.

I, for one, am pleased PRSA kept its massive Oct. 23-25 booking with the Indianapolis Marriott. Following the rancor around the ill-fated religious freedom law, the thought leaders slated to deliver keynotes are accomplished professionals with track records that support human rights, sustainability and corporate social responsibility (CSR).

Derreck Kayongo, a Ugandan refugee living in Kenya during his childhood, is now the CEO of the Center for Civil and Human Rights. This author and educator is also an entrepreneur, having created a nonprofit enterprise that collects, recycles and redistribute leftover hotel soap to needy people around the world.

Mark Emmert, president of the Indianapolis-based National Collegiate Athletic Association (NCAA), was one of the most high-profile business and civic officials to publicly question the wisdom of last year’s ill-fated “religious freedom” bill.

“The NCAA national office and our members are deeply committed to providing an inclusive environment for all our events,” Emmert said in a statement in March 2015.  “We are especially concerned about how this legislation could affect our student-athletes and employees.  We will work diligently to assure student-athletes competing in, and visitors attending, next week’s Men’s Final Four in Indianapolis are not impacted negatively by this bill. Moving forward, we intend to closely examine the implications of this bill and how it might affect future events as well as our workforce.”

By listening to the personal and professional development journey of leaders like Kayongo, Emmert and the dozens of additional presenters at PRSA International, I expect attendees will leave Indianapolis with the complete opposite vibe that was radiating from the Hoosier State a year earlier.

Companies are increasingly behaving as activists, instilling purpose and social impact into their products and culture.

With more than 3,300 of PRSA’s members identifying CSR and corporate citizenship as an area of expertise, interest is strong in identifying best practices to communicate the work companies are doing to make the world a better place.

This is the sole focus of our company, 3BL Media (Triple Bottom Line refers to people, planet and profits). We’re pleased to be exhibiting at PRSA International for the first time and invite practitioners to meet with us during the conference so we can describe how our 1,000 clients – ranging from Fortune 100 companies to nonprofits – are driving awareness of their CSR and sustainability content through the 3BL Media network.

Let us know if you’d like to attend our organic, farm-to-table salon dinner while at PRSA.  We have limited availability, so reach out soon to Karla Santiago at ksantiago@3BLmedia.com to put your name on the list.