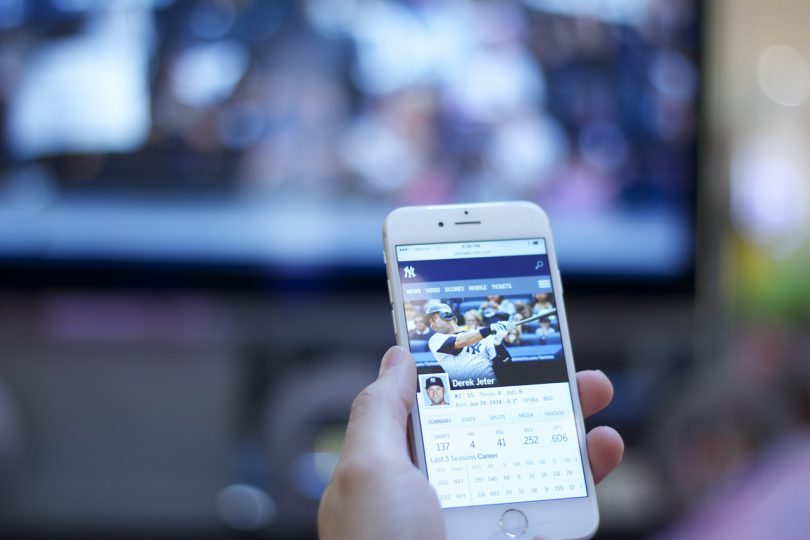 Can you share more with us about your role at Taylor and what areas you oversee for those you work with?

I’ve been with Taylor for more than 27 years. For the first 15 years, I managed a wide variety of accounts for leading consumer brands and organizations in the sports and lifestyle space. I was on the ground supporting sponsorship activations at marquee sporting events around the world, including the FIFA World Cup, UEFA European Championships, Olympic Games, U.S. Olympic Trials, the Super Bowl, World Series, MLB All Star Game, NBA All Star Game, Daytona 500, and many others. Since 2004, I have been the agency’s Chief Operating Officer and Managing Partner. In that role, I wear many hats, including oversight of the agency’s core operating functions, including finance, IT, and HR. I also manage agency marketing initiatives, which includes all aspects of branding, owned social media channels, and awards and recognition. I play a lead role in business development, evaluating all RFP’s received by the agency, leading our business prospecting efforts, and reviewing/preparing all requests for information (RFI’s) that the agency submits.

How has the growth of social media changed the way in which those in sports break news?

Whether leveraging their own social channels or a platform like the Player’s Tribune, the expectation is now that high profile athletes who have a career changing announcement or other major news to share may be inclined to do so in an environment that is “safe” and highly manageable.  Kevin Durant and his recent move to Golden State offered a perfect example of this.  This clearly provides a level of comfort to athletes who enjoy the level of control (in terms of tone, timing, and from their POV, accuracy) that comes with owning the news platform, and I expect we will continue to see more and more of this in the sports world. At some point, however, you have to face the media.  You will then have to respond and react to an enormous amount of attention coming from all angles and you have to be consistent and balanced in your approach. You’ll be hit in real time with a host of probing questions and criticisms and must be prepared for that and stay on message with what you announced originally. It takes a fair amount of skill and maturity to handle that so if I’m counseling an athlete as to how and when to manage news via their social channels, I have to consider his or her past experience, maturity and expectations in doing so.

With many of those in sports taking to their social media accounts to share news, how is this changing the relationship dynamic with media outlets and the PR professionals who work with them?

It can certainly create tension between PR professionals and media outlets (beyond what already may exist). The so-called “traditional” outlets always want the ability to break news, or at the very least, to shape and craft it at their own pace and with the level of detail and depth that is expected of best-in-class reporting. They also want ready access to the subject of the news. For the PR professional, there has always been that need to provide balance between your client, and what is in their best interests, and needs and expectations of the media (which can vary from outlet to outlet, or even individual to individual). The ability of a PR professional to manage that balance goes a long way toward the trust they build and maintain with the media.  It can be a very delicate balancing act, especially when your client is high profile, frequently creating and managing news, and increasingly adept at social media.

What opportunities and challenges do these areas present for PR professionals and how can we be more effective in our communication strategies?

Quite often, you need to develop an overarching strategy that addresses social media and a strategy that addresses “traditional media.”  And they need to complement one another, not be in conflict. This can pose a number of challenges, ranging from  a brand or athlete’s desire to favor social media to traditional media outlets, concerns that are being overlooked or treated as a less a priority as they once were.  Knowing that many journalists rely on an athlete or team/organization’s for news, and in turn, will react and respond to that news via their own social channels, PR professionals need to be prepared to demonstrate the ability to move at a very fast pace and adjust, course correct, shape or build upon the news emanating from their client. One false step could be a disaster.

How are new media outlets and platforms shifting coverage in the sports industry from the more commonly practiced traditional media relations and what can we expect to see more of in the future?

Firstly, not all outlets can be considered “media.”  Bloggers and other influencers increasingly play a critical role in engaging with your target audience. The type of content that motivates them (and their followers) can be very different than what motivates a member of the “traditional” media.  You can be much more targeted in your approach with influencers and even engage them, with some form of compensation (which, according to FTC guidelines, must be transparent and divulged openly to their audience). Secondly, the entire approach to the release and timing of news and other content has shifted. Everything is now planned with a “real time” cadence. Traditional deadlines don’t really exist online. News can move and morph at any time. Secondly, the role of influencers, be they athletes or other sports personalities, will play an increasingly critical role in the way news is released and stories are crafted and told, be it locally or globally. This was evident in the way Kevin Durant announced his signing with Golden State via the Players’ Tribune. Expect platforms like this as well as athlete and brand’s owner content channels to play a greater role in the way we consumer content. And notice that I said “content.”  It’s no longer enough to say “coverage.”

Bryan Harris has spent more than 30 years in the marketing communications industry and has inspired a generation of professionals with his insight, strategic counsel and thought leadership. He joined Taylor in 1989 and has managed a wide variety of accounts for leading global brands such as Bristol-Myers, GSK, Gillette, MasterCard, and Pitney Bowes.