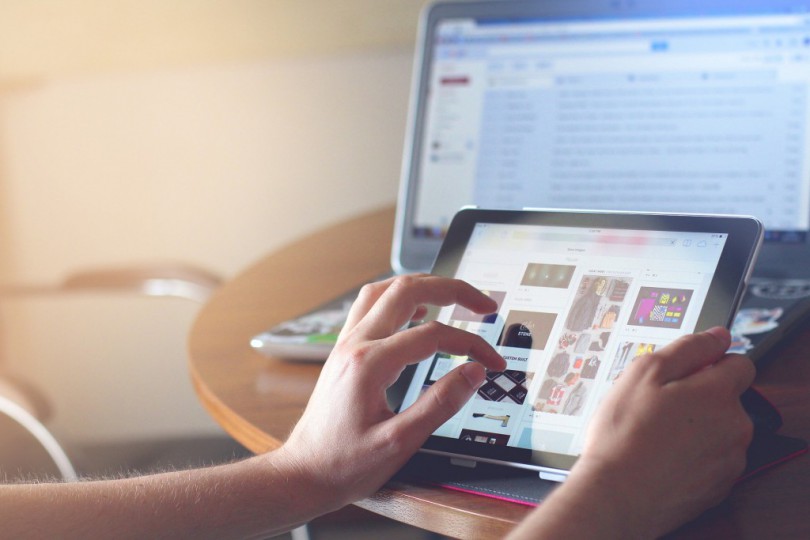 We, the public relations industry, now have an even bigger influence as content creators. The moment Amazon posted its response to the New York Times article on Medium, the massive shift in how public relations and the media works was confirmed for the entire world to see. Creating your own story and sharing it, when and how you want it, was given validity by one of the biggest companies in the world. While we’ve been doing it for years, the world is paying attention.

In 2016, the industry will continue to evolve and grow in this direction.

Here are a few ways we see that evolution unfolding, and what you need to know to make sure you’re on board:

1. People get their news how they want it.

The majority of BuzzFeed’s readers see its content via social media channels and mobile apps – 49 percent, in fact. Today 80 percent of Internet users own a smartphone and 89 percent of a user’s time is spent within apps. As PR professionals, social media and owned content like Medium, LinkedIn Pulse and Facebook Notes should be at the top of your list for 2016. The media landscape has changed so much that if you aren’t at least re-purposing your own content and pushing it out via social channels, you’re missing huge opportunities to reach your audience.

2. Strategic content is king. And SEO matters more than ever.

There have been lots of heated discussions about content and SEO being dead, from articles in Entrepreneur to Forbes to Inc. We argue that neither are dead – but they are changing. SEO today is no longer that magic black box that only super techy people could decipher. WordPress has SEO built into the architecture (meaning, you don’t have to bother coding for H1 headings and the like). And with the way Google and other search engines rank content these days, it’s not about seeking out keywords that your competitors don’t “own.” It’s about search intent. Think about how we’re all using voice search on our phones to find the “best pub in Seattle” as we’re driving. That’s your keyword phrase for content right there, not various renditions of “gastropub.” It’s probably still worth putting it in your metas and tags, but maybe not your content.

And we are developing more original content than ever before. Part of this is because there are fewer and fewer reporters, and the contacts we have are overwhelmed in writing five or six stories a day. Bylines and paid content are becoming the norm. More importantly, outlets like Medium and LinkedIn Pulse allow our industry to push out original content for clients – and we should automatically write it with SEO in mind. SEO is becoming a key tenet of public relations for 2016.

3. Video Content: The lines between marketing and PR continue to blur.

Given the nature of online communication today and the prevalence of ad blockers, the lines between marketing and PR are blurring even further. Because we in the public relations industry are experts in crafting stories – and are becoming experts in SEO out of necessity – clients are leaning more heavily on our industry to get in front of their audience. This is great news if you’re prepared and have the right people on staff, including SEO savvy writers, videographers, photographers and designers. If you don’t, you’ll likely be developing or hiring for those skills in the near future.

Traditional advertising does, of course, still have an important place in marketing. Now though, that message is even more tightly synced with content shared across social media and news outlets. Video content will help get your clients’ message out quickly, especially when pushed out via social media, where it appears in news feeds. Video is also becoming more important to boost SEO, as search engines are placing more importance on this kind of content for rankings.

Does earned media still have a seat at the table? Without question. A story in The New York Times, Wall Street Journal, or on the cover of your city’s paper goes a long way. And there’s nothing more thrilling than landing that kind of placement. But if your conversation with your client doesn’t include original content, video content, social media and SEO, you’re missing out on the biggest public relations opportunities in 2016.

Aaron Blank is the President and CEO of The Fearey Group, a 35-year-old public relations and public affairs firm based in Seattle, Wash. He is an Executive Committee member of the Counselor’s Academy for PRSA (CAPRSA).