What We Learned As PR Practitioners

This summer social media broke news faster than ever before, along with sharing exclusive content and live streaming global sporting events. This is causing communication professionals in the industry to not only work at a lightning fast pace, but also manage to keep up with the emerging social media trends while evaluating how they can incorporate these social media “tools” into their communication strategies.

Here is a closer look at how social media is shaping the sports PR landscape right now and how we can further incorporate these tools and resources to improve our public relations practices.

The Growing Prevalence of Periscope

Since the historic Pacquiao vs. Mayweather fight this May in Las Vegas, Periscope has stormed onto the sports scene of social media with its video live streaming capabilities along with similar mobile application Meerkat. Because of the live streaming that occurred for the Pacquiao vs. Mayweather fight that allowed viewers to watch the pricey Pay-Per-View fight on their mobile applications for free instead of on television, it has forced other leagues and governing bodies in sports to crack down on the use of Periscope and Meerkat by both the media and fans who attend their events.

Although the United States Golf Association allowed cell phones for the first time at this year’s US Open, they banned Periscope and Meerkat and determined that those caught using the video streaming apps would be asked to leave the event. Later jumping on this “ban”-dwagon was the NHL banning all credentialed media members from using Periscope in addition to the NBA who will only allow reporters to live stream press conferences.  The NFL and MLB have yet to enforce similar policies but are currently evaluating how they can use the likes of Periscope and Meerkat to their advantage.

“Most of the content being banned by leagues is stuff fans can see elsewhere,” said Neil Horowitz, Customer Success Manager at Hopscotch and Creator/Host of the Digital and Social Media Sports Podcast. “These new apps offer the opportunity to show content NOT previously accessible and to which fans are not accustomed. Whether it’s teams showing batting practice in MLB, coming out of the tunnel in EPL, snippets of training camp and ad-hoc Q&A in the NFL, it’s about focusing on in-the-moment, novel content that delights and makes fans feel more connected and excited than ever.”

While these mobile live streaming “tools” are concerning to sports leagues trying protect the broadcasting rights of those who pay millions to show their games and events on televisions networks, those who work in sports PR can still determine ways to use Periscope and Meerkat to their advantage. By giving PR pros the ability to break our own news without having to rely on media outlets, we can now share big announcements, offer exclusive behind-the-scenes content and give access to followers with the brands, events, athletes and everyone in between we work with that will further increase our exposure and engage our target audiences.

“For a sports PR pro (not working for a team), it’s understanding the extraordinary in the ordinary,” added Horowitz.  “Let a fan watch college athletes mingle with friends and family while you’re with them, give a quick glance at what a packed press conference looks like moments before the coach enters, show the madness of a news room or studio when a big game is happening or a story is breaking, do a live Q&A with fans while you’re sitting in the airport, let fans watch a one-on-one interview after practice (if a team permits). Every day, sports PR pros are living experiences a fan would pay to see or experience themselves. We can never forget that.”

Trying to restrict what the media talks about and what rumors get spread through news stories has never been something in our control as PR professionals, and with what happened this summer with the MLB trade situation with Wilmer Flores of the New York Mets, this is just one of the numerous examples these days. What makes this situation unique compared to others that have occurred in the past though is the viral nature it took on with the media reporting the trade rumors on twitter before the deal was completed that ended up causing Flores to find out during the middle of one of the Mets’ games and make him cry on the field when he was made aware of the trade rumor being spread via twitter.

“The incident with Wilmer Flores highlights the sport media’s push to be first with a story, which has only amplified with the speed of twitter. Indeed, twitter is often abuzz with ‘rumors’ from ‘sources’ and it does not appear that this behavior will subside anytime soon,” said Jimmy Sanderson, Director of Marketing, Communications, and Faculty Relations at Clemson Online and Chair of the International Association for Communication and Sport.

With the New York Mets general manager Sandy Alderson stating that “social media got ahead of the facts” in this case despite media reporters arguing that all of the facts were accurate and they were simply reporting them through their news channels and social media outlets, we as communication professionals need to take a closer look at what, if anything, we can do to minimize these types of media frenzy situations from occurring on social media or how we can prevent them in the future.  That, and putting a plan in place for when they do unexpectedly occur.

“This case highlights that sport organizations need to be proactively monitoring the ‘buzz’ around players and organizational transactions, and while it may be difficult to stem the time on social media, the organization can initiate internal procedures (such as notifying the affected individuals),” added Sanderson. “With sports, many athletes are active on social media, and are well aware of the trade speculation, or they have people who are monitoring and notifying them of this news. Thus, monitoring the news circulating on twitter can help sport organizations ensure that players and other internal employees receive communication about significant issues directly from organizational personnel. This is likely to require a shift in philosophy as historically, player transactions have been kept confidential, but that capability is growing very unrealistic in today’s social and digital news cycle.”

Kicking Social Media to the Curb this College Football Season

Following in the footsteps of Florida State University banning the social media use of their athletes in 2011, Clemson announced at the beginning of August that they were banning its football players from using their social media accounts including facebook, twitter, Instagram and Snapchat during the regular 2015 NCAA season until it is over.

Stating that the purpose of kicking social media to the curb this season is to keep their football players focused on what’s happening on the field and not on their phones, others question the limiting of social media use as a way to prevent future PR crisis from spiraling out of control for both the athlete and the university they represent.

To this effect, it also questions the level and amount of education collegiate athletes need to undergo with social media in order to positively represent the institutions they play for so they fully understand the implications and consequences of their actions, comments, and posts have both good and bad.

“Education, not elimination, is paramount. It’s important to teach these student-athletes the proper procedures and guidelines of social media, as they will need to leverage these skills after college and in the working world,” commented Tariq Ahmad, Social Business Manager IBM and Creator/Host of #SMSports Chat.   “If a school still insists upon banning their student-athletes from using social media after training/education has been given, that is solely at their discretion, but it’s critical to educate the student-athletes on social media to ensure proper protocol has been shared.”

With this, it is important today for not only collegiate sports institutions, but all of those who work in sports PR for teams, leagues, brands, agencies and athletes to have plans in place when it comes to social media and to especially be prepared for when an unexpected crisis breaks.

“For so long, I think many in our industry did not operate under a strategy,” added Chris Yandle, Assistant AD / Communications and Public Relations for Georgia Tech Athletics.  “We knew what events happened during the year, when we needed to produce published materials, and we proceeded through our respective seasons.”

“Today, it’s important for all of us to have a strategy behind every move we make – whether it’s the content we create, when we post it online, or the social media posts we create.,” added Yandle.  “That strategy should also lay out how you respond to unfavorable situations on social media or other mistakes made by athletes or others within your organization. Have a plan. Create a step-by-step process on how you need to diffuse the situation, the methods of which to fix or follow-up with the individual(s), and what ways you can potentially help to prevent another incident from occurring. At the end of the day, we’re all human. Mistakes are going to happen.  Just like a playbook in football, social media strategy is a necessary function of modern-day public relations. “ 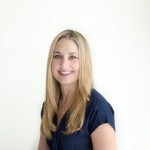