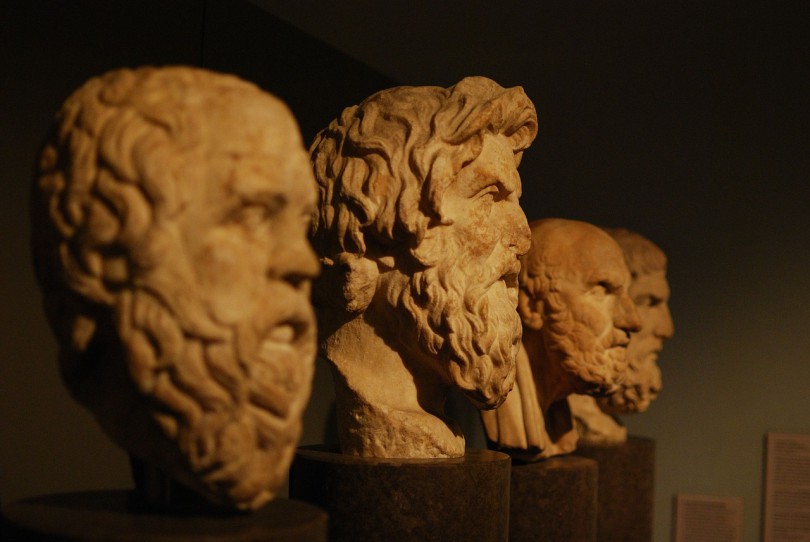 Aristotle, one of the great philosophers of antiquity, never really defined ethics. He did, however, propose certain types of virtuous behavior conducive to leading a happy life – eudaimonia. Aristotle, who lived from 384 to 322 B.C.E., laid out much of his prescription for virtuous behavior in his work, The Nicomachean Ethics. The prescription requires us to conduct ourselves in a praiseworthy manner and to follow social norms, but not necessarily norms that are explicitly spelled out. Rather, Aristotle believed we should act in accordance with what prudence dictates. Prudence, in this respect, means thinking on a case-by-case basis about what the right course of action should be. Finally, Aristotle’s prescription urges us to embrace a sense of balance – allowing us in specific situations to correct a rule that clearly would produce an unfair outcome. According to Aristotle, the chief benefit of following his prescription would be the promise of a life of human flourishing, ostensibly unhampered by the imposition of specific ethical rules. Society in turn would only feel the need to impose ethical rules should its members stray from the morally right path.

One risk of such a strategy – as society grows dependent on rules to moderate the behavior of its members – might be that people would abstain from conducting themselves ethically of their own free will. Further, the less freedom of thought participants in a society seem prepared and willing to exercise, the more constraints they possibly would tend to accommodate. The danger of such a moral surrender is that it can engender a social environment that corrupts and compromises human flourishing instead of encouraging it.

So, how are we to understand the PRSA Member Code of Ethics, with its six values and six provisions, in light of the Aristotelian prescription? After all, Aristotle believed merely following rules to be a poor substitute for leading a virtuous life. Virtue, in Aristotle’s thinking, implied working out deliberate choices of action – choices built on a personal understanding of the truth. We must be careful, however, about what we mean when we speak of truth. Generally, what we desire to be true is not the same as what, in fact, we believe – as an outcome of mindful reflection – to be true. Further, the Aristotelian prescription urges us to be simultaneously conscious and conscientious of the consequences of our actions. Recognizing that we must take responsibility for our actions is another essential feature of virtuous behavior.

Yet, if we carefully examine the PRSA Member Code of Ethics, what we see are clear guidelines for virtuous, professional behavior rather than a set of professional rules we as public relations practitioners are expected to follow blindly. For instance, the PRSA Member Code of Ethics begins by laying out six values: advocacy, honesty, expertise, independence, loyalty and fairness. This statement of values essentially answers the question: What should be the principles I stand on as a public relations practitioner? The six values are followed by six provisions of conduct: free flow of information, competition, disclosure of information, safeguarding confidences, conflicts of interest, and enhancing the profession. These provisions are not regulatory in a legal sense. They are prescriptive in the Aristotelian sense. They provide a logical method of ethical self-management – sound formulations for resolving potential ethical challenges in a complex, modern world. The PRSA Member Code of Ethics therefore furnishes highly practical guidance for ethical problem-solving. Its values and provisions invite us to approach the practice of public relations thoughtfully, to contemplate our actions and to act sensibly. Aristotle likely would have seen the advantages of adopting such a philosophy.

Jonathan R. Slater, Ph.D., is chair of the Department of Journalism and Public Relations at SUNY Plattsburgh and an ex-officio member of the PRSA Board of Ethics and Professional Standards (BEPS).