Editor’s note: PRin2015 is a series of guest posts from industry thought leaders predicting key trends that will impact the public relations profession in 2015. Follow the series and join the discussion by using the hashtag #PRin2015. 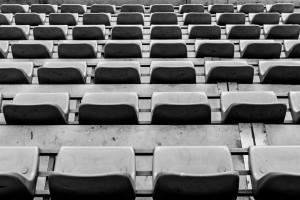 With the non-stop, action packed world of sports occurring around-the-clock, and the news stories surrounding them breaking on less than a moment’s notice, trying to determine what the top sports story and public relations campaigns will be in 2015 is not an easy prediction for anyone to make.

With a New Year underway, there are several sports PR topics that we can be certain we will see media headlines on this year. The PR strategies and tactics surrounding them will be interesting to follow due to the impact they will have on the evolution of sports PR.

In what is already starting off as another electrifying, entertaining year in sports here is a look at five sports PR stories to watch in 2015 that any PR practitioner can learn from:

The Super Bowl is always a larger than life event. Leading-up to the big game day we normally expect communication professionals with major brands and sponsors activating around the Super Bowl to flood sports reporters (and NFL fans) with announcements that make headlines. However, this year, the controversy now known as “Deflategate” surrounding the New England Patriots, stole much of the media spotlight and attention instead.

While the so-called “Deflategate” scandal wasn’t necessarily positive media for the New England Patriots leading-up to Super Bowl XLIX, it had the positive impact of creating increased exposure for the team’s biggest sponsor – Gillette. With Gillette having their logo featured on the New England Patriot’s backdrop for Tom Brady and Bill Bellichick’s press conferences addressing “Deflategate” once the news spread like wild fire through sports media outlets and social media, it was calculated that Gillette’s “Flexball” razor logo earned over $4 million in estimated advertising value within the first 24 hours of the two press conferences being held by the New England Patriots. Following this, the Saturday Night Live skit that aired January 24th poking fun at the new NFL “scandal” involving the New England Patriots generated an additional $737,000 in estimated advertising value for Gillette’s “Flexball” razor (via Front Row Analytics).

“I do not believe you can ascertain if #Flexball has had a “positive” impact to their brand, but there is no question they have received a multi-million dollar value of increased awareness to their brand. Subtlety but a difference,” said Senior VP and Managing Director of Octagon First Call, David Schwab.

As this story continues to unfold and develop with the NFL investigation still underway following the New England Patriots stunning win at Super Bowl 49, PR practitioners can observe how Gillette reacts to what has occurred with all the unplanned publicity they have received for #Flexball and what they determine is the best strategy to maximize the exposure for their brand in a positive way.

On January 8th, the U.S. Olympic Committee (USOC) announced that it will support Boston as the U.S. bid city for the 2024 Summer Games beating out other major U.S. cities like Los Angeles, San Francisco and Washington, D.C.  Representing the U.S. in the country’s effort to host its first Olympics since the 2002 Salt Lake City Winter Games, the USOC along with the city of Boston will be putting forth a strong campaign across a multitude of channels as to why they should be selected over other global iconic cities like Paris, Rome and Germany along with Qatar and South Africa.

Following the announcement that the USOC will support Boston as their bid for the 2024 Games, social media platforms including Facebook, Twitter and Instagram were immediately launched to add to the campaign efforts and advance the bid for Boston. Via press conferences, meetings and traditional media coverage, organizers of Boston’s Olympic bid are continuing to release information and unveil plans weekly to demonstrate why hosting the 2024 Games in Boston would not only make it a legacy for the athletes who compete in the Games, but the city as a whole overall while putting those with opposition groups at ease.

A tremendous campaign that will continue its valiant efforts until the decision is made in 2017 by the International Olympic Committee as to which city will receive the bid for the 2024 Summer Olympic Games, this will be a sports PR story to watch not only in 2015, but in the years that follow.

“Between now and 2017 it will be a huge topic of conversation. There’s going to be a lot of activity around that topic. If Boston does get the Games, then you’ve got another seven years of unbelievable activity.” -Peter Carlisle of Portland, Maine, the managing director of Octagon’s Olympics and Action Sports (via Portland Press Herald)

Unlike the NBA’s crisis situation that was an opened and closed case in 2014 with Donald Sterling and NBA Commissioner, Adam Silver, the NFL’s crisis involving NFL Commissioner, Roger Goodell, and their players involved in domestic violence and sexual assault charges that exploded in 2014 will continue to develop and be addressed in 2015. Although former FBI Director, Robert Mueller, recently released a report of the NFL’s handling of the Ray Rice video that was resolved in Goodell’s favor, the NFL will have to continue its efforts to work towards improving its public perception and reputation amongst both fans and sponsors who support the brand – especially women who make up their largest growing demographic.

“This matter has tarnished the reputation of the NFL due to our failure to hand out proper punishments. It has been a wake-up call to all involved and we expect the changes that have been made will lead to improvements in how any similar issues are handled in the future.”

This year, PR practitioners in sports and crisis communication should follow the NFL Crisis closely to see how the NFL continues to address the on-going situation and the ways they try to improve their brand image amongst the public so they are seen in a more favorable light.  It will be highly interesting from a public relations perspective to observe any new campaigns they launch or partnerships they announce to assist with this.

With Spring Training just around the corner, we are certain that the return of Alex Rodriguez to the New York Yankees after serving a 162-game suspension for his role in the Biogenesis scandal will cause the New York Yankees to field quite the media frenzy this year starting with Spring Training taking place in Tampa, Florida. With Alex Rodriguez facing an incredible amount of scrutiny from his teammates, Yankee fans and baseball fans alike, we are confident the Yankees PR team will be more than prepared to answer the questions that come to them out of left field and address the situation with the public in a manner to preserve their iconic brand and legendary image.  In what might be considered a tricky PR situation to manuever for the Yankees, it will be interesting for sports PR practitioners to observe this year how they handle it with media interview requests, formal announcements and statements from the team and/or its executives, and what their social media strategy will be in both a proactive and reactive way to their fans.

Coinciding with the return of Alex Rodriguez to the New York Yankees this year, Major League Baseball will also welcome a new Commissioner with Rob Manfred recently taking over for Bud Selig.  Being thrown into the media spotlight, Manfred will be faced with answering numerous questions and addressing tough issues the league is facing including changing the negative perception of steroids in baseball.  With it being said that Selig exhibited his public side exceptionally well for more than two decades, this is now something Manfred must do as the new Commissioner since it is so inherent to the job and his transition comes at such a crucial time for the league.

In one of his first interviews with FORBES Sports Business Reporter, Maury Brown, Manfred shared the following about what the MLB is doing to proactively prevent themselves from being thrown into a crisis management situation as well:

“We watch the sports landscape all around us and try to be as proactive as possible in dealing with issues, not only within our sport, but issues we are seeing in a broader landscape. An example of that would be we are in conversations with the MLBPA right now about a domestic violence policy and that wasn’t necessarily spurred by anything that happened in our sport.” – Robert Manfred, MLB Commissioner.

Although the Rio 2016 Summer Olympics Games are still about 18 months away, 2015 is bound to be an exciting year for many U.S. Olympians when some of the largest global brands begin announcing their sports marketing campaigns surrounding Rio 2016 and releasing information on which Olympians they have selected to promote their brand and tell their storylines.  Announcing last Fall that they would be extending their Olympic sponsorship through 2020, Chobani is one just one of many brands we can expect to see making headlines soon about their Rio 2016 campaign and the athletes they will support along with others like Coca-Cola, P&G, GE, VISA and McDonalds.  While some of these global brands are working quietly under the radar and keeping their information embargoed until later this year, there are a couple who are already getting out in the limelight with their campaigns such as Nike and Deloitte.

With the continued growth of social media, those who work in sports PR should pay close attention the next 18 months as to how each brand announces and implements their Rio 2016 campaign and what channels they use to target different audiences amongst both traditional and social media outlets.  And for those who follow the U.S. Olympians closely, PR practitioners should watch to see which athletes are highlighted amongst the major media outlets and how their stories help highlight and bring to life certain brands and their campaigns centered on them.

“There has been plenty of behind-the-scenes activity focused on Rio 2016, and you are starting to see a glimpse of what is to come over the next 16 months. This year is a critical year for athletes and brands alike,” said Drew Johnson, Director of Strategic Communications for Octagon Olympic and Action Sports.  “On the television side, NBC has launched their promotional push for Rio as they smartly utilized their broadcast of the Super Bowl to turn on the Olympic spotlight. They will build upon this significantly in the months ahead across all of their platforms and will highlight the leading athletes as a significant part of their coverage of World Championships in key. And if you couple all of this with the prospects of Boston hosting the 2024 Games, the Olympics will be front of mind in the US not only for the next 16 months, but potentially for the next seven years in a very meaningful way.”