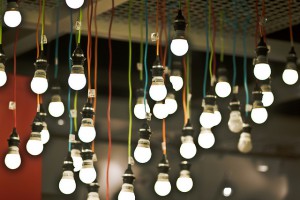 The majority of public relations agencies and communication teams focus on developing reputation with an audience via the proxy of traditional media.

In the last decade that’s changed.

Organizations have recognized the opportunity to become social. In 2015 public relations practitioners have a role not just in communications but in every department from customer services to sales, and from human resources to product development.

We’ve shifted from traditional media as a means to influence and engage publics to third-party earned influence, and most recently the use a variety of media and networks.

The business of public relations is on a journey from publicity to influencer relations; and then to branded media, and communities.

Publicity – media relations is a form of influencer relations whereby we persuade journalists to write favourable articles about our clients and organizations.

Influencer relations – in a fragmented media environment influencers aren’t just journalists. They can be anyone with a media outlet from blogs, to Instagram and YouTube.

Branded media – organizations have recognized the opportunity to create their own forms of media to directly engage with publics.

Communities – an organization seeks to build reputation and engagement not only through third-party influence but also directly via its own media and social forms of media.

So how do we transform our agency and communication teams to engage with these new forms of media?

The critical challenge is how you tackle organisational changes while limiting the impact on organizational or financial performance.

The issue is complicated by a burgeoning third-party tools market that is busting with feature rich products all looking for a problem to solve.

In the last month I’ve tried to make sense of the changes in our business by characterizing emerging workflow and tools.

Sheet one is a growing list of 100+ third-party tool vendors mapped against workflow; and Sheet two is of a list of tools in alphabetical order.

In January 2015 I want to characterize each of the tools by crowdsourcing the URL, price, and a 10 to 20 words description.

If you’re willing to help out please head to this Google Document and get cracking and be sure to add your details to the project via this Google form so that I can recognize your contribution.

If this works I’ll build a wiki and crowdsource template workflows as a next step.

Tools aside, there are three ways to transform a public relations business or communication team around new forms of media, depending on the scale and the potential for investment.

Embed – Hire new staff with the skills that your organisation lacks to plug the gaps and work alongside existing staff.

Build or acquire – This is a combination of the first two approaches whereby a team of domain experts is hired to speed change through training and practice.

One thing is for sure: communication teams and public relations agencies in the future will look a lot different to how they have in the past.

Failure to tackle these issues will render agencies and communication teams irrelevant within a generation.

Stephen Waddington is chief engagement officer at Ketchum and Past President of the Chartered Institute of Public Relations (CIPR). Follow him on Twitter @wadds.