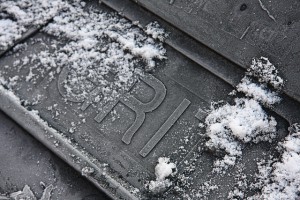 “Talent is cheaper than table salt. What separates the talented individual from the successful one is a lot of hard work.” ― Stephen King

Throughout my career, I’ve learned that it isn’t always the most talented or intelligent people who succeed, but rather those that display tenacity, take initiative, show resilience and take calculated risks. I’ve found that, no matter the industry, hard work is a critical component of success.

When my partner Linda Kaplan Thaler and I started the Kaplan Thaler Group in 1997, we had six employees and worked out of a 700-square-foot converted apartment on the third floor of a walk-up brownstone. We rented our furniture. We assembled presentations on the floor. The bathtub was our file cabinet. It wasn’t glamorous, but we worked tirelessly 24/7 with more determination and passion than perhaps we even realized we had in us. Every single person in the group, including myself, had to haul out one bag of trash at the end of the night because there wasn’t enough money to hire a commercial garbage service. Our tenacity paid off and within the first year the Kaplan Thaler Group went from having one client to $80 million in billings. It was thanks to our passion and dedication, not necessarily our brilliant ideas or intellect that made the Kaplan Thaler Group one of the fastest-growing agencies in the country. To me, the key to our success was “Grit.”

What is Grit? Grit is strength of character, courage, resolve. Grit is what it takes for someone to work through an unpleasant task with determination and a head held high. It’s taking calculated risks and having the confidence to be daring. It’s the fire that you see within people who are highly driven. While I may at times have resented that my achievements have come less easily than others, today it is one of the things I value most in my life and my career. Grit is what bubbles up as a key factor in not only how I’ve found success, but also how others have as well.

The physical science of success is only beginning to be explored. But, new research is proving that in almost every instance, a person’s character contributes more to their success than talent. It turns out, traits like passion and perseverance matter more than intelligence. Grit is something that women demonstrate quite well and can use to their advantage in building careers as well as in facing adversity. We must utilize our confidence and “chutzpah” to put ourselves out there and declare our intent to be successful.

Fifteen years after first climbing those brownstone steps at the Kaplan Thaler Group, my company had grown to become a 700-person, leading New York agency. And while I loved the work and people, for me, it was time to dig in once more and take another leap. And so I did… that’s what took me from a New York advertising agency to a Washington D.C., non-profit. Joining Legacy was an opportunity of a lifetime for me. Our truth® youth tobacco prevention campaign is edgy and bold… filled with grit.

Working harder, smarter, more passionately, is something that we each can control. A dream doesn’t become a reality without sweat, commitment and hard work. No matter how much natural talent or smarts you have been gifted with. Every individual has the ability to be resilient and tenacious, but we must be cognoscente that success isn’t magic – it takes perseverance to achieve a long-term goal. How do you get there?

Robin Koval leads Legacy, the nation’s largest public health foundation devoted to the issue of tobacco use prevention. She joined Legacy as its second president and CEO in November 2013. Ms. Koval most recently served as the CEO of Publicis Kaplan Thaler, New York’s fifth largest advertising agency and previously was the co-founder of its predecessor, the Kaplan Thaler Group, which she grew from a fledgling start-up in 1997 to a billion-dollar agency devoted to brands in all major categories. Follow her on Twitter @Robin_Koval