I recently spent time in Orlando, FL, for a mini-family reunion and was swept away by the magical world of the Disney and Universal theme parks, especially the wizardry at the new Harry Potter exhibit at Universal’s Islands of Adventure. Despite the crowds, long lines and unrelenting heat, it was an unforgettable experience — one that many will say cannot be matched on different levels.

However, I beg to differ. As a resident of the Washington, D.C., metro area, I tend to forget about the magical allure of the nation’s capital. Yes, the district in the summertime can be a challenge for those who have a low tolerance for long lines, crowds and the humidity, but the fall can be a wonderful time to explore the city, particularly during the PRSA 2010 International Conference: Powering PRogress, at the Convention Center, October 16–19. 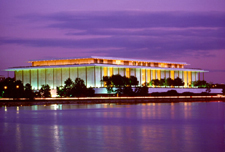 This year’s program features more than 80 Professional Development sessions, including 25 that focus on social media, 15 on public affairs and eight Master Classes. Learn more by browsing the Conference’s Flipbook. Before and after Conference activities, attendees can visit the city’s various attractions, including the U.S. Capitol, the White House, monuments, eclectic neighborhoods such as Adams Morgan and Penn Square, pulsating night life along the U Street corridor and award-winning performances at the Kennedy Center, including the Washington National Opera’s production of “Salome,” Oct. 7–23. You also can catch a performance of “All’s Well That Ends Well” at the Shakespeare Theater, Sept. 7 through Oct. 24, and comedian Craig Ferguson at the Warner Theater on Oct. 16. 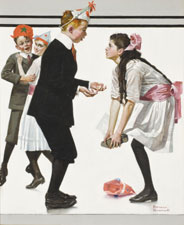 Dynamic exhibits at the Smithsonian are also a must-see, including “Telling Stories: Norman Rockwell from the Collections of George Lucas and Steven Spielberg,” at the American Art Museum, and “Beyond: Visions of Our Solar System,” at the Air and Space Museum. 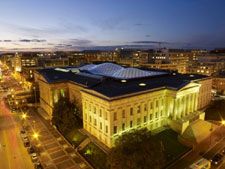 For satisfying your taste buds, many delectable restaurants are just a walk or short cab ride away near the Convention Center, Verizon Center, Georgetown, Dupont Circle and downtown area. If you’re a football fan, the Washington Redskins will take on the Indianapolis Colts in a home game on Sunday, Oct. 17 at FedEx Field.

Suzanne Ffolkes, director, Media Advocacy, American Heart Association, has significantly expanded the scope of AHA’s media advocacy campaigns to raise awareness and build support for the association’s policy agenda.  Under her leadership, AHA received the 2008 PR News NonProfit Award in advocacy for outstanding media outreach for the association’s Congressional Lobby Day.  She also worked at the American Federation of Labor and Congress of Industrial Organizations (AFL-CIO) as a senior communications specialist , Associated Press Broadcast as a supervisor, editor and reporter and other media outlets across the country before transitioning to public communications more than a decade ago.  Suzanne is the co-chair of the Marketing Committee for PRSA’s 2010 International Conference. Connect with Suzanne on LinkedIn.

Join Suzanne along with other volunteers of the PRSA National Capitol Chapter (PRSA-NCC) at the PRSA 2010 International Conference: Powering PRogress, October 16–19 in Washington, D.C.!