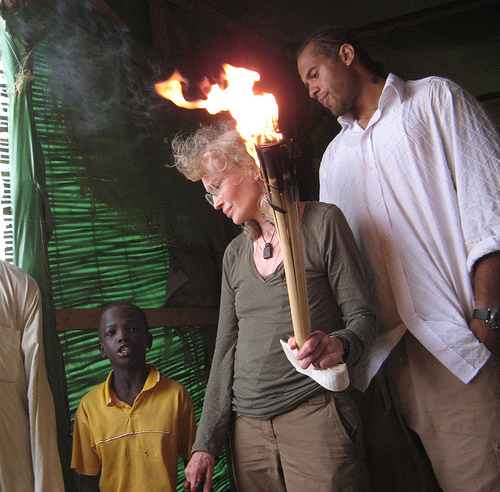 As a mother of 14 children (10 of whom are adopted), Mia Farrow has devoted her life to humanitarian efforts, but she has never been as passionate about an issue as she is about the crisis in Darfur.

Mia has been used her high profile as star to raise awareness of the ongoing genocide occurring in Darfur by the Janjaweed, a Sudanese government-backed militia who have executed a brutal campaign of ethnic cleansing in Darfur.

As part of her crusade to end the genocide in Darfur and neighboring Chad, Farrow has pulled out all of the stops in a multi-pronged campaign.

In an interview with her before she spoke to 3,200 public relations practitioners at the 2007 PRSA International Conference, she passionately laid out her strategy.

All of this is underpinned by what she calls her Website, built in a blog format, which includes 10 Things You Can Do Right Now.

She is also leveraging an opportunity due to the fact that the 2008 Olympics are being held in Beijing. Mia sees China as the only hope for stopping the genocide since they are the main buyers of Sudanese oil and are largely believed to be supplying arms that are used by the Janjaweed.

She is calling for the sponsors of the 2008 Beijing Olympics, of which she has published a list with contact information, to use their unique position to put pressure on the Chinese government.

“There is one thing that China holds more dear than its unfettered access to oil and that is the Olympic games,” said Farrow.

Listen to Mia Farrow in her pre-conference interview with WebmasterRadio

Watch Mia Farrow at her appearance in Second Life

By Kami Watson Huyse, APR, principal of My PR Pro, is an Ad Age “Power 150” blogger who writes about public relations and communications at Communication Overtones. She has an extensive background in crisis communication and reputation management, executing social media campaigns, focus group research and media relations. She has garnered coverage for her clients in media outlets such as the Washington Post, theWall Street Journal, the CBS’ “The Early Show” and the San Antonio Express News, among others.