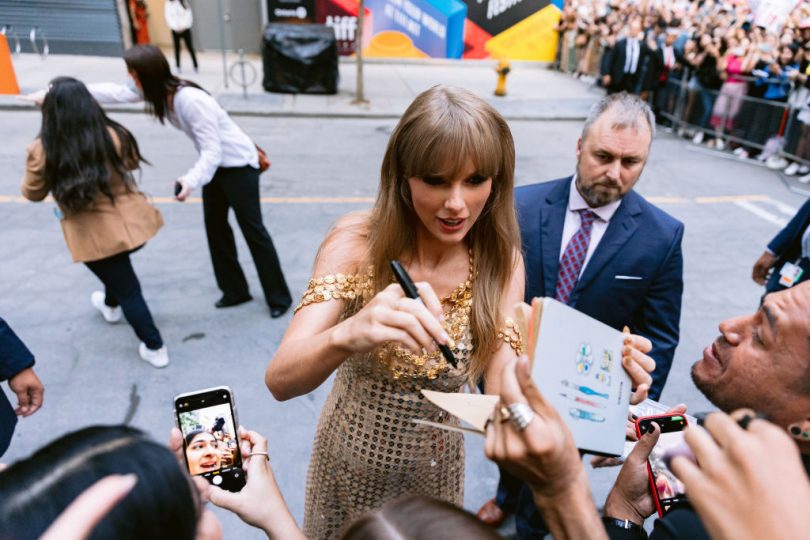 As communicators know, our messages don’t always land the first time. But while a speechwriter can’t take back her words if the audience doesn’t respond as hoped, PR professionals can usually adjust their communications strategies as needed.

This act of revising is often called “pivoting.” Superstar Taylor Swift has honed the skill well, particularly over the last couple of years. Taking cues from how Swift has managed her career as a musician — and shifted her strategy when needed — here are three takeaways for PR professionals hoping to master “the pivot” themselves.

Never one to be predictable, in September Swift gave fans sporadic snippets of song titles from her upcoming album “Midnights.” She used TikTok videos to announce the song names, releasing them over the course of several days. But then she changed direction, surprising and delighting fans by suddenly releasing the rest of the videos and song titles in one night, within hours of each other.

This pivot brought another wave of excitement for the album, which the continued gradual release of song titles may not have created. The lesson: To capture people’s interest, try something unexpected.

Take a breath and revisit.

When unexpected challenges arise, even the most long-anticipated campaigns may have to wait. From 2006–2014, Taylor Swift released albums on a consistent two-year cycle. But in 2016, after a public feud involving rapper Kanye West and his then-wife, Kim Kardashian, Swift’s plans for her next album slammed to a halt.

PR pros can relate to the frustration of interrupted projects. To quote a hit Swift song, we know this feeling all too well. For example, maybe you’ve been planning a major company announcement, but then breaking news takes over the media’s attention that day.

Your campaign will be more successful if you wait to let the news cycle calm down before making your announcement.

The length you should wait depends on the nature of the breaking story. Some situations call for a respectful pause of a week or more; for others, a day might suffice. Usually, the best option is to carefully monitor the news, take your lead from reporters and then proceed accordingly.

Waiting to release your news gives you time to regroup, while also sparking curiosity around what your brand will do next. Swift delayed her album release by a year, and during that time, she rebuilt her reputation to where the public desperately anticipated her next move.

Don’t get discouraged; get creative.

Sometimes, the need to pivot stems from other circumstances beyond our control. Perhaps your company is dealing with a situation that postpones what you had planned for this month. To accommodate the shift, you might have to adjust your communications calendar not just for the month, but for the rest of the year.

However, amid an ongoing lawsuit over her hit single “Shake It Off” from her “1989” record — in which another music group accuses Swift of stealing some of their lyrics for the song — the rerecording may have been pushed back. In that case, Swift likely couldn’t move ahead with that album, even if she had planned to do so.

Being unable to carry out a strategy the way we’d hoped can be discouraging. But Swift’s decision to release her brand-new album “Midnights” before reissuing “1989” (much to the jubilation of her fans) proves that sometimes, a pivot is even better than the original plan.

Brooke Metz is a senior account executive at Edelman. For further reading on PRsay: Taylor Swift’s Lessons for Communicators.