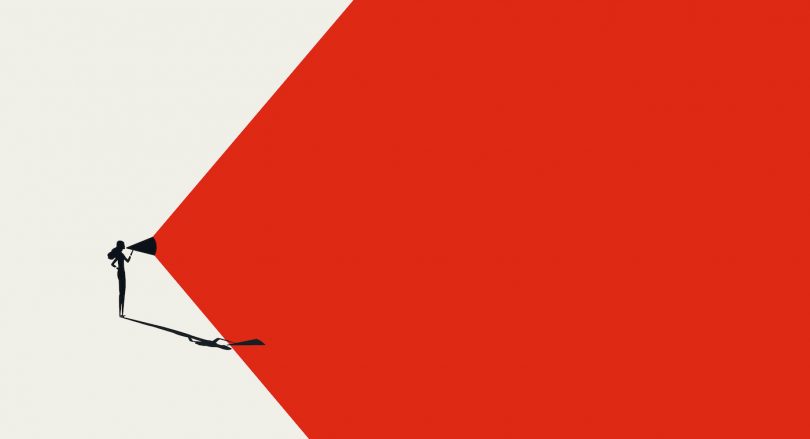 As boundaries blur between political, social and business arenas, more Americans are turning to the private sector for leadership, says a new report from FTI Consulting, one of the largest business advisory firms in the world. As a result, however, companies are becoming polarized, as opposing points of view clash. CEOs find themselves caught in the middle, unsure of how to engage with social issues — particularly those seen as political — without creating business risks.

Squeezed by competing pressures, “CEOs and other senior leaders need to consider and carefully calculate how to talk about issues that were once seen as unrelated to business performance,” says Christine DiBartolo, FTI’s senior managing director for corporate reputation.

In surveys, investors and professionals expect businesses to partner with the government to manage and overcome crises and major social changes. While in the past CEOs largely avoided using their positions to comment on policy or political matters not directly related to their businesses, in recent years they’ve had to take a more prominent role in those discussions.

“Many CEOs may not yet grasp that their under-40 employees likely expect them to address these issues head-on,” the report says. “In fact, half of both millennials and Democrats even go so far as to say that they would not work for a CEO with different political views.”

According to the investors and professionals surveyed, even the personal values a CEO expresses should concur with those of the company overall, especially with the values of employees. Still, “Not every message will land with every stakeholder positively or in the same way,” the report says. “When a CEO speaks, the company’s stakeholders listen and will change their opinion of the company based on what they hear.”

And while speaking out is generally expected, “it does not mean that a CEO needs to issue a statement on every event and issue, especially politically charged ones.”

PRsay spoke with the Chicago-based DiBartolo for her additional insights on CEOs and social issues. The following is an edited transcript of the conversation:

What do the survey results show about the importance of communications and when company executives should speak out on controversial topics?

There was a question: “Do CEOs need to be excellent communicators to be successful?” And 92 percent of professionals said yes, and 85 percent of investors. There’s an expectation not just of what CEOs communicate, but that they do it well.

Understanding the expectations of employees, and how they are feeling about a particular issue, does help a company embody and live by the values and purpose that they have on the wall in the breakroom or on everybody’s desk. And so, part of the challenge companies have had is that they don’t know what their employees want from them, particularly on politically divisive issues. How does an issue impact them?

Does this particular issue impact your business operations? Does it align with your values? If we don’t live by those values, we lose the integrity and loyalty of our employees. And that’s a real challenge.

Does the research show that younger employees expect the CEO to take a stand, whereas someone who’s been in the workforce longer may feel less strongly about it?

The data shows a divide. To the question, “Do you agree that CEOs should engage in politics?” we found 38 percent of professionals agree. But when you break it down by millennials, 52 percent agree.

When we ask professionals if they would work for a CEO who held a different social or political view, generally speaking, 38 percent said they wouldn’t — compared to 51 percent of millennials who will make a job decision based on social and political views. CEOs need to think about this to attract and retain new talent. And as millennials have greater dominance in the workplace, we will continue to see these pressures.

At the same time, we know that companies will never be able to respond to every issue that arises. And if you say something that your actions don’t match, you’ve created a different risk for yourself, one that’s far more serious [than not speaking out], because you’ve made a promise that you might not be able to deliver.

Think about companies who are talking about decarbonization but don’t have a plan to do that. We’re seeing investors and different groups calling that out. You need to engage with audiences so you can be prepared.

While companies have been vocal on social issues, the corporate response to the Supreme Court’s Roe v. Wade decision was more muted. Is this topic too divisive for brands to discuss?

For most companies, this was a health care issue. They could talk about access for employees because it is part of their health care plan. It was something they had to address, because employees were asking questions.

Lots of clients do crisis-preparedness planning. They’ve got a crisis plan on the shelf. They’ve done some mockup situations. The question now is, Do you need to have an exercise where you’re identifying risk as it relates to some of these social or policy issues? Do you need to incorporate these issues into your scenario planning? This is where you find companies caught off-guard by employees wanting the X, Y or Z issue.

Increasingly, this tension, this pressure for corporations to talk about these issues, is predicated on the fact that there is less trust for government to solve big problems. Employees see in their employers the opportunity and the bandwidth and the resources to potentially resolve or change these issues.

You’ve got to do what works for you, that you believe is consistent, authentic, credible, but also that will continue to earn the trust and loyalty of your stakeholders.

Should companies see what other organizations are doing before they speak out, or follow their own path?

It’s much easier if you’re not the first one to say it. It’s great to see what your peers are doing, especially if they are moving in a direction and you’re lagging. But at the same time, you’ve got to think about your own purpose, your own values. You’ve got to do what is right and consistent for who you are as a company, what you stand for. And then, how do we make sure it’s credible and authentic?

You mentioned the importance of communication for a CEO. I would think that in turn, the CCO or the senior communications team would also be crucial for a company.

It’s an exciting time to be a communicator. The level of engagement and how different audiences now intersect in ways they didn’t just five or 10 years ago — it underscores the importance of communications and the role that we play.

Communications matter and communicators matter, to make sure that any audience, whether it’s your employees, investors, customers, or the communities in which you operate, that they understand what you stand for, why you do what you do and how you live the values and mission that you espouse. Communication connects all of those things.

John Elsasser is PRSA’s publications director and editor-in-chief of the award-winning Strategies & Tactics. He joined PRSA in 1994. Greg Beaubien contributed to this report.